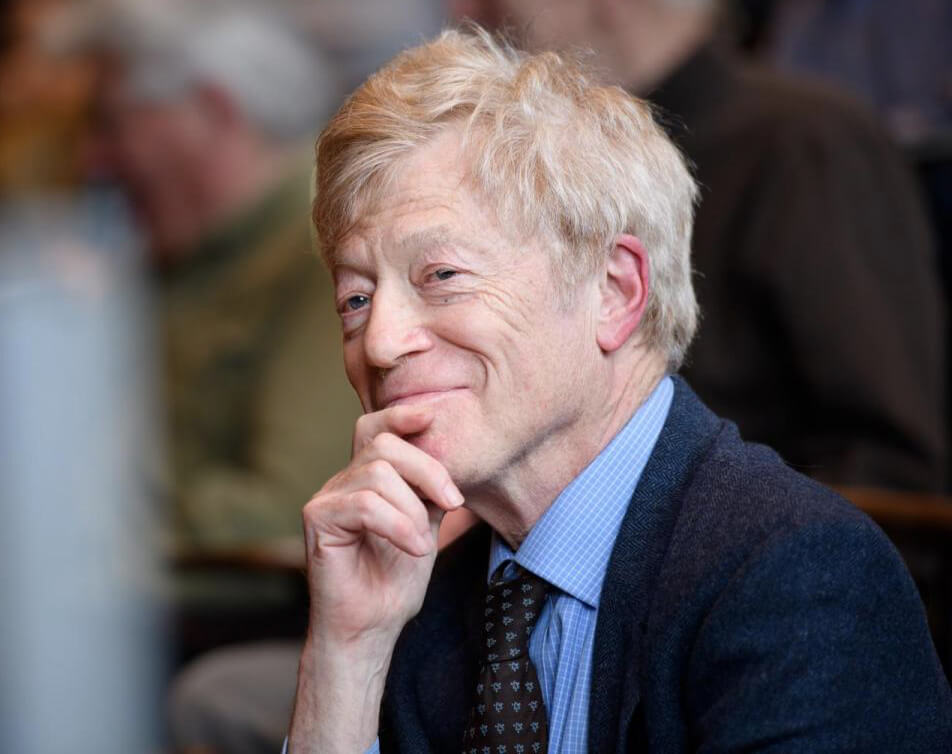 Plato, Solomon, Blessed Augustine, Boethius, Dante, Edmund Burke… My favorite intellectuals died hundreds or thousands of years before I was even born. Teachers of classic literature do not often grieve the deaths of their heroes. The centuries have already grieved them for us. A man becomes aware of Plato with a little sadness built into his admiration. For stodgy traditionalists, backward-looking conservatives, and lovers of old books, a dry-eyed sadness eternally permeates our hearts. To put it simply, our heroes do not die, at least not on our watch. The coldness of the grave characterizes our first impressions of them.

At least, this is true most of the time. I will confess that the untimely death of Philip Seymour Hoffman (another hero of mine) in 2014 still aggravates me and that this aggravation yet prompts me to pray for his soul once or twice or three times a year. Umberto Eco died an old man in 2016, although he was the closest thing the modern world had to Boethius. As Boethius was the last man in Western Christendom to speak Greek and Latin for more than five hundred years, Eco was the last living man who spoke liberal and conservative. For any one not already convinced we are living in the dark ages, the death of Eco was enough to seal the deal.

On the afternoon of January 12th, 2020, I learned from a text sent by a friend that my hero Roger Scruton had died at the age of 75. Anyone who has regularly read this column or heard my lectures at summer conferences will know that all my best work is simply a synthesis of Roger Scruton’s thought. I am an unapologetically, brazenly unoriginal writer who would be flattered to somehow someday appear as a footnote to Scruton.

My love for Scruton similarly owes to his willingness to be an apostle, not a messiah. While he lived, no one understood the thought and prejudices of Edmund Burke better than Roger Scruton, who was capable not only of elegantly summarizing Burke, conservatism’s first prophet, but of appropriating Burke’s thought for modern English and American audiences. Conservatism looks to the past, and while the past is basically unchanging, it is always slowly expanding, and Scruton knew how to incorporate the new boundaries which constitute the past into Burke’s 18th century philosophy. Simply put, Scruton carried a torch for common sense that Republicans could see.

Having taught Burke’s Reflections on the Revolutions in France to high school sophomores a dozen times in the last ten years, I can say that every page read of Scruton I’ve read makes that unenviable task a bit easier. Burke’s love of things that last is intimately paralleled by Scruton’s incredulous bemusement with the avant-garde, which is probably best represented in the short documentary Why Beauty Matters. I will wager Why Beauty Matters is the average American’s first introduction to Roger Scruton’s thought— for Scruton is not an intellectual which many readers find on their own, but usually one recommended by a friend, and while Why Beauty Matters is nothing more than an hour long documentary one watches online, it is nonetheless a humorous, gripping expose on numbskulls like Jackson Pollock, Duchamp, and all the daffy pranksters and haters of beauty who have blighted our museums for the last hundred years or so. I have lost count of all the people to whom I have recommended the documentary. Five minutes in, the viewer feels newly empowered, pleasantly outraged, and you’re pausing the video to tab over to Amazon and buy a dozen of Scruton’s books.

I only discovered Roger Scruton five years ago, which means I’ve barely scratched the surface of his work; however, in these five years, no living intellectual explained beauty and tradition with greater lucidity than Scruton. My thesis that all human artifacts can be divided between common, uncommon, and mediocre is borrowed from a passage on the importance of neatly setting the dinner table in Scruton’s Beauty: A Very Short Introduction (2011). Anything reasonable I’ve ever said about tradition (and especially about the Canon) is downstream from Scruton’s The Meaning of Conservatism (1980). Scruton was by no means an original thinker, though I mean this as the highest praise. He was a hand pointing at the sky. Without him, the sky would nonetheless exist, but I would not know where to look. Roger Scruton explained important things simply. Why do people graffiti ugly buildings but not beautiful ones? Why have old churches lasted? Why do exciting things not last? Why is it impossible to create a new tradition from scratch, try as we may? Scruton not only anticipated the questions of a restless mind, he answered them. My students quote Scruton every day when performing their catechism: “The world of destruction is quick, easy and exhilerating; the work of creation slow, laborious and dull.” Every time I say these words, they offer a fresh justification for what I do.

Over the last several months of his life Scruton was quite ill, and so news of his death did not come as a surprise. However, as a friend noted this afternoon, with the death of Scruton this year and Eco’s death in 2016, we are losing great intellectuals far faster than we can replace them. Scruton’s death is a cosmic scandal— as is every death— and yet we are the ones to be pitied, for we must now manage without him (a reliable expression of sadness). For the teacher of classic literature and thought, the present death of a beloved thinker comes as a rare double sadness, then. I say a prayer for Plato’s soul once or twice a year, although I never knew the world without him. The thoughts of Plato have always been there for me, permanently preserved in amber. The same is true of Augustine and Boethius. For Roger Scruton, though, I have now seen the world with him and without him. I was born into the loss of Plato and Boethius, but I acquired the loss of Roger Scruton today.