Is Respect For Tradition Reasonable Or Just Superstitious? 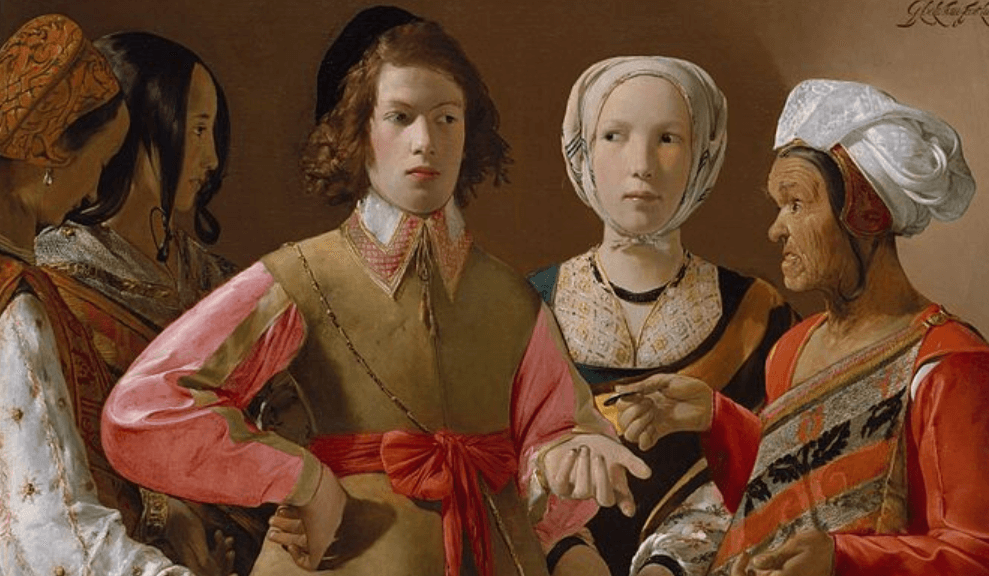 Logic figures heavily into a classical Christian education and no small portion of informal logic books is concerned with the subject of authority; however, ever since the French Revolution, Christians have been profoundly confused on the nature of authority. While the “appeal to false authority” is a widely recognized logical fallacy, a good number of modern Christians have followed modern secularists in the belief that every claim of authority is false.

In S. Morris Engel’s (PhD, University of Toronto) 1976 book With Good Reason—which, at over 312 pages, is one of the longest books on informal logic available on Amazon— the section entitled “The Authority of Tradition” is less than 300 hundred words long. Here is most of it:

The appeal to authority can take still another form, an appeal to custom or tradition, as in this argument:

q) The institution of marriage is as old as human history and thus must be considered sacred.

To this we might reply that so is prostitution. Is it to be regarded as sacred too?

That’s pretty much it. Marriage is old, so it’s sacred—but wait, prostitution is old, too. Guess marriage isn’t so special after all. As for all the differences between marriage and prostitution, those don’t matter. Never matter that every society the world over has handed down marriage as a tradition from one generation to the next— mothers teaching their daughters about marriage, fathers teaching their sons. Never mind that religious clerics the world over exonerate marriage. Never mind that marriage is the dream of many young girls, a dream furthered by the exhortations of their parents. Never mind that none of these things is true of prostitution. No, for a world-renowned expert on logic, the tradition of marriage is nothing special because prostitution is old, too.

Secularists are not alone in their distrust of authority and tradition.

Since becoming a teacher, I have encountered Christians who believe the claim “The Bible is our ultimate authority” implies every lesser claim of authority is arbitrary or unjust. There are also a curious number of Christians who fall prey to materialist prejudices that all authority must be underwritten by purely objective, scientific claims and that no subjective claim can have real authority—hence 8th grade science students telling their parents, “Did you know that tomatoes are actually a fruit?” as though chefs, farmers, gardeners, and poets don’t deserve a say in the matter. Of course, the strength and power of science is that it is constantly open to revision, which means that science simply isn’t traditional in the same way philosophy and theology are. If objective, scientific claims are the only kind of claims that have authority, tradition is up a creek.

And if I had a nickel for every time I’ve heard a Christian assume every tradition is “a vain tradition of man,” I’d be a rich man.

I recently wrapped up a several week-long discussion with my freshman informal logic students on the subject of false authority and gave them the following assessment as a way of thinking about tradition. This is an assignment that can be easily adapted to nearly any humanities class:

Because we live in a time which is skeptical and cynical about all kinds of authority, there is much confusion about what exactly makes a certain authority “false.” We tend to think of all authorities as false. To help you think through the issue of authority, I have devised a little thought experiment.

The second song is called “Stay.” It was composed in 2020. So far this year, in all the radio stations of the world combined, “Stay” has already played twelve million times. It has streamed over four hundred million times on Spotify thus far.

1. Knowing only this, which song is more likely to still be played on the radio in the year 2080? Make an argument in favor of your claim.

2. Again, knowing nothing more about “Pathetique” and “Stay” than you do thus far, what words do you suppose the average person would use to describe “Pathetique”? Choose three from below.

3. What words do you suppose the average person would use to describe “Stay”? Choose three from below.

4. Do you suppose there is a connection between the words the average person would use to describe “Pathetique” and the fact people still listen to the song and play it more than two hundred years after it was composed? Why or why not?

8. If “Stay” is easier to like, why does our interest in the song decline so quickly?

10. If someone said, “The song ‘Stay’ has power, but not authority,” what would you suppose they meant?