The Real and the Fake (Or Why Rhetoric Schools Matter) 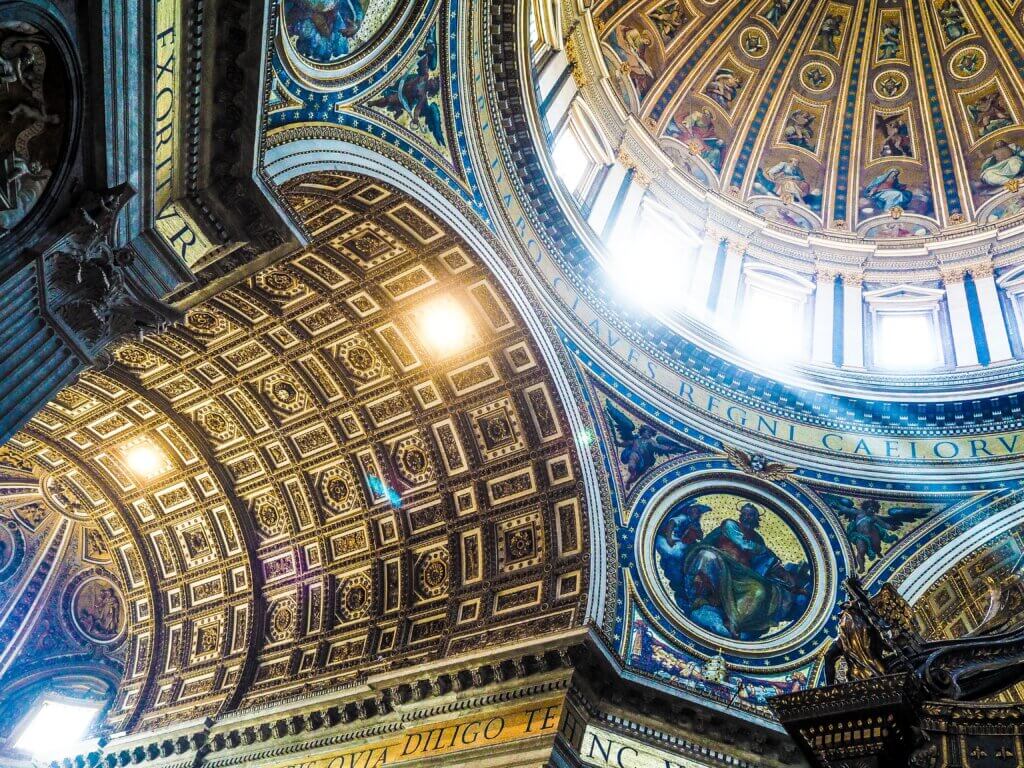 So your students can give the right answers with deference and aplomb. They can promote with articulate clarity the correct worldview. And when they graduate, top of the class, their erudition will no doubt attract the most selective colleges.

But what about their habits and tastes?

What happens when our students end up listening only to the music repeatedly played on K-LOVE? In another extreme, what if, in dealing with the failure and difficulties common to human experience, they happen to form a curious attachment to the “music” of the Misfits or certain German industrial bands? In more secular settings, what happens if our students find themselves in an MFA program, gazing with sympathy at Damien Hirst’s parody of “Saint Sabastian”? What happens if our now college students find themselves implicated in the Dionysian revelry of Frosh Week, where the electric paeans of MGMT lead them to strange gatherings? Or, perhaps more innocently, what if our students of classical learning should find themselves for the umpteenth time penning melancholic verses in their rooms, pining over loneliness?

But if students do happen to find themselves in such situations, let us hope Lady Philosophy visits them in the same manner she visits Boethius, rebuking him sternly for his neglecting his true education. When she does encounter Boethius, he is in a bad way. We find him in a dimly lit cell, hunched over a parchment, surrounded by disreputable “stage girls” and penning his own woeful verses of self-pity, all while listening to the sirens’ top forty hits. Eyes flashing with savage fire, Lady Philosophy upbraids Boethius for his lack of virtue and tells off the hussies hanging around him: “Now go, you Sirens, sweet until you bring destruction; leave him to my Muses to be cured and made whole [sanandum].” Note that her rebuke is not merely limited to moral wisdom. It involves Beauty. And Beauty is most certainly not in the eye of the beholder. Education shapes our affections, and Boethius knew that a classical training was not of the mind only but of the heart as well. To be sure, virtue and wisdom concern our ethical vision and moral compass. But classical learning involves our desires, our aesthetical vision, even our tastes.

This is, I suggest, the ultimate purpose of the Rhetoric School: Not merely to love what is lovely, but to make it.

Just as Lewis suggested that “the decay of our old classical learning is a contributary cause of atheism,” so its neglect has contributed to the decline of aesthetic judgment as well. Screwtape rejoices that we now have a popular inability to discern between the Infernal Venus and the Terrestrial. Similarly, antique wisdom distinguished the destructive sirens from the constructive muses. To them the sirens fostered a kind of infatuate lust by means of false beauty; the muses, on the other hand, inspired men with a holy love, out of which men couldn’t help but create and sing.

For Christians, therefore, there are two responses to deluge of pop culture, bad art, and counterfeit beauty. One response is to shut one’s eyes and plug one’s ears. Another is to not only identify the real culture, good art, and true beauty, but also to create it. This is, I suggest, the ultimate purpose of the Rhetoric School. Not merely to love what is lovely, but to make it. Rhetoric itself is the art of persuasion by means of beauty, but this is not limited to speaking well. We communicate in everything we do. Students are learning to be points of radiance in the world, which communicate to others the beauty of holiness; from the overflow of their own transformation, they become conduits for others to taste and see that the Lord is good. This is why it is so important for students to complete their Rhetoric schooling: that they might learn how, to one degree or another, we are all artists and poets, making things that contribute either to the false beauty of sirens or to the divine beauty of muses.

To illustrate this, let us contrast two archetypal scenes from classical literature, one from Homer and the other from Apollonius of Rhodes. We should all be familiar with the passage from The Odyssey where Odysseus and his men sail past the sirens. His curiosity gets the better of him, and he contrives a way to listen to the sirens and yet live. His cunning brings success, but only at the expense of his men’s own hearing and the brief torture of his own soul in longing without consummation. One might well argue whether Odysseus really succeeded at all. There is another scene in Greek literature, however, which involves sailors passing by that same dangerous island.

We may not all be aware of the passage from The Argonautica, or “Jason and the Golden Fleece,” but it stands as the positive counterpart to Odysseus’ negation. In this story, Jason triumphs over the sirens in a different way. Instead of stuffing beeswax into the ears of his men and tying himself to the mast, Jason brings with him Orpheus, the superlative musician of antique world. Mad skills on the Bistonian lyre that even the gods envy. The scene runs thus: when the sirens see the Argonauts, they “opened their mouths in the pure liquid song,” to destroy them with “wasting desire.” Upon first hearing the sirens’ song,

The men made ready to throw the ship’s cables to the shore, and would have done so, had not Thracian Orpheus, son of Oiagros, taken up his Bistonian lyre in his hands and played a fast rendition of a quick-rolling tune…the lyre overpowered the virgin voices, and the ship was carried forth by the combined efforts of the Zephyr.

The Sirens are vanquished. True Beauty drowns out the fake. And the counterfeit is known in the presence of the genuine article.

Allegorically, we can learn much from both these scenes. In the Homeric passage, Odysseus’ solution is sterile and unproductive; he does not create anything to displace the false beauty. And he troubles himself with his desire to look and listen to things he knows are corrosive. Orpheus, however, conquers the false beauty of the sirens with the real music of his lyre. Such an image stands as a better response to the sirens of modern and post-modern culture than the resignation to lash oneself to the mast, plug one’s ears with beeswax, and hope for the best.

Now consider what this means for the creative act.

Any art involves the senses, and good art requires senses calibrated to nature, to God, and to things of God. Today, however, our sense of vision is considerably lacking. “Man’s ability to see is in decline,” writes Josef Pieper in Only the Lover Sings. “To be sure, no human being has ever really seen everything that lies visibly in front of his eyes.” He notes, “the average person of our time loses the ability to see because there is too much to see!” Gazing at Nature used to drive men to worship it (Romans 1:20-25). But now Nature is eclipsed by other things, and much more than the world is too much with us. “There does exist something like ‘visual noise,’” Pieper argues, “which just like the acoustical counterpart, makes clear perception impossible.”

Pieper was hopeful that Beauty was the secret to restoring man’s sight, and this is especially important as it relates to where we have located Rhetoric in the educational sequence of our schools and homes.

In his “Three Talk’s in a Sculptor’s Studio,” Pieper claims that all art is “an expression of vita contemplativa.” He acknowledges that this “sounds surprising,” especially to anyone who has witnessed “how great a manual exertion, up to the limits of physical endurance (and sometimes beyond), to bring about the plaster or clay model of a particular sculpture.” Nevertheless, “I still say: the beginning of it all is contemplation.” He traces the emphasis on the sense of sight back to a century before Plato.

“The earliest statement,” he notes,comes to us from the city of Athens, from Anaxagoras who responded to the catechism-like question, “Why are you here on earth?” replied, “To behold”—eis theorian (a Greek expression, later translated by the Romans as contemplation!)…[Teilhard de Chardin] states that all life is contained in the act of seeing and that the entire evolution of the universe has as its final aim nothing else but the bringing forth of ever more perfect eyes. So, once again: to contemplate means first of all to see.

But how can we expect “the restoration of man’s inner eyes” in this day and age? When technology crowds us in, when advertisements compete for our attention, when politicians solicit our allegiances, and when there is no end to consuming of images, sounds, and thoughts through the ubiquity of electronic media? Pieper asks, “How can man preserve the foundation of his spiritual dimension and an uncorrupted relationship to reality?” He suggests that a worthy start would be to practice “a regimen of fasting and abstinence, by which we would try to keep this visual noise of daily inanities at a distance.” But he goes on to suggest, “A better and more immediately effective remedy is this: to be active oneself in artistic creation, producing shapes and forms for the eye to see.”

Perhaps it’s best to think of Goodness, Truth, and Beauty as counterparts to the successive phases of the Trivium, which underscores the significance of the Rhetoric School. Our students must learn to create, and to do that they must have eyes to see, ears to hear—senses attuned to Beauty. For as Pieper suggests, in making things, we are ourselves being remade. Thus, the fullness of classical learning is a journey not unlike that of Odysseus and Orpheus. It starts with students learning the art of being available to Beauty. But it culminates in creation; the telos of that journey is in acting as the sub-creators of God.

Recall the two responses to competing beauties in the world. Regardless of the vocation—butcher, baker, or candlestick maker—our students can either engage the world or they can shut it out. Orpheus overpowers the sirens not by plugging his ears, nor by the sound logic of Apologetics, nor even by the shrewd analysis of worldviews. He slays the sirens’ song with a Beauty that saves men. Rhetorical wisdom, therefore, teaches our students how to transform the world as Christ does, lest they be transformed by it. And when they do pass by those dangerous islands, students will hopefully possess the skill and freedom to create and to drown out the false beauty of the sirens.