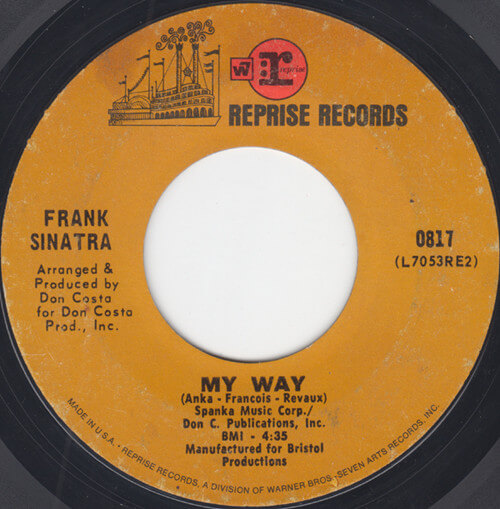 Our society puts a heavy emphasis on individuality (“no one should dictate who you are”) and independence (“no one should tell you how to be who you are”). It’s difficult to live like that, though. Even those who shout it from the rooftops either are subjected to constraints or put them on others. We nevertheless strive to define, understand, and live out our identities this way.

Many of us also believe that blending into established traditions and communities constitutes loss of individuality and independence. As long as we’re redefining and reconstituting what it means to be “me,” we hold onto a faith that we can achieve happiness.

We cut loose from roots, from family, from norms and proverbs and platitudes; we dissect ourselves fiercely as we pull away from well-worn customs; we eviscerate patterns of living that have not only taken millennia to hone but have shown themselves to be, all things considered, tried and true.

We go so far as to wrest ourselves from Nature herself, cosmetically and surgically correcting the mistakes we feel it has made.

All the while, we struggle with ambiguities and anxieties that come from navigating the supposedly uncharted territory of self-seeking in which we hope we’ll discover – and claim and coronate – ourselves.

There’s nothing new under the sun, however, and our idealized efforts to create what has never before been made, including our definitions of who and what we are, frequently end in despair and destruction. A look at history, especially at the character and trajectories of tyrannies, is a story of this effort writ large. A look at our current western epidemic of suicidal ideation should also be a red flag that the Tyranny of Self is a potent curse.

Despite frequent talk of being children of the Enlightenment, our culture is more fully an offspring of the Romantics: We feel we must assert ourselves; we feel we must proclaim and incarnate every feeling…and as Sinatra so famously sang in 1969, we yearn to “do it my way.” If you’re not familiar with the lyrics of My Way, they’re worth pondering. They could constitute an anthem to the zeitgeist of our times. The final stanza highlights the point:

For what is a man, what has he got?
If not himself, then he has naught
To say the things he truly feels and not the words of one who kneels
The record shows I took the blows and did it my way!

As heirs of the Romantics staring into the existential abyss and overwhelmed with passion, we scream “Take that! Here I stand!” We’re willing, though generally not in as literal a way, to follow the example of the tortured Romantic artist who gives up all…including life itself…to assert meaning and significance in individuality and independence.

It’s a sleight of hand, a kind of reductio ad absurdum, believing that in self-annihilation – in “doing it our way,” standing tall and alone, unsubmissive and unbending in the face of any gods, karmas, or fates that life, the universe, and everything may fling at us – we proclaim our greatest victories. In the spirit of the Romantics, Earnest Hemmingway captured it in The Old Man and the Sea, “A man can be destroyed but not defeated.”

Thus, rather than live we laud ourselves in self-mutilation and self-destruction because that’s all the power we somehow believe we can steal from the vagaries of existence. In the 21st century, rather than be human, with all the complexity and messiness that comes with it, we would prefer to be avatars—our own virtual demi-gods, created in our own images.

An icon of Romanticism, the philosopher Nietzsche wrote:

“One never perishes through anybody but oneself. But usually, it is death under the most contemptible conditions, an unfree death…From love of life, one should desire a different death: free, conscious, without accident, without ambush…When one does away with oneself, one does the most estimable thing possible: one almost earns the right to live” (Twilight of the Idols).

Don’t misunderstand me by concluding that I dislike and utterly reject either the Sinatras or the Nietzsches of the world. In fact, both have been among the most influential and at times inspirational agents in my life (as all dangerous things are), and I believe both have given voice to the poignant beauty of mankind’s desire to articulate what is confusing and inexplicable to us: To grasp the character of fragile human assertion in the face of what it means simply to “be” in a relentlessly perishing world.

Nor should you think I have no empathy for the suffering this realization brings to so many in so much darkness of mind and spirit. Such oppressive night is not unfamiliar to me.

Percy Bysshe Shelley, a famous Romantic, paid homage to this human frailty when he wrote, “Nought may endure but Mutability.” He painted an image of it in his poem, Ozymandias:

I met a traveller from an antique land,
Who said—“Two vast and trunkless legs of stone
Stand in the desert. . . . Near them, on the sand,
Half sunk a shattered visage lies, whose frown,
And wrinkled lip, and sneer of cold command,
Tell that its sculptor well those passions read
Which yet survive, stamped on these lifeless things,
The hand that mocked them, and the heart that fed;
And on the pedestal, these words appear:
My name is Ozymandias, King of Kings;
Look on my Works, ye Mighty, and despair!
Nothing beside remains. Round the decay
Of that colossal Wreck, boundless and bare
The lone and level sands stretch far away.

The other day, I read and discussed Ozymandias with a young student. To what did the massive, broken sculpture amid an eternity of drifting sand give testament, we wondered?

What did the poem evoke and reveal to us about individuality and independence? Are they to be found in self-assertion? In self-expression?

Are they about the sheer exercise of power, Nietzsche’s “will to power”? The kind of power likely wielded by this great and terrible king who has nonetheless vanished into dust and obscurity?

Did the pride and arrogance of the great king ultimately give him anything more than what existence bestows on any other mere man?

Was there anything immutable to be found in the desolation of the endless sands?

Do we find individuality and independence in emotion, in the profundity of human feeling chiseled out by the sculptor’s tools? Or, is something else to be found there, maybe not in the passions well-read by the sculptor but in the artist’s capacity to capture and preserve them, at least for a time?

Perhaps, we should look somewhere else altogether for ways in which to understand individuality and independence – perhaps we should turn our gaze not inward but outward to find meaning and significance?

Should we not look to the cultivation of virtue and wisdom? If so, why? How do we define them and how would we cultivate them? How can they bestow individuality and independence in an authentic manner that “doing it my way” cannot?

These are the kinds of questions the classical, Christian educator actively needs to explore alongside students.

The chief goal isn’t to absorb the biography of the poet’s life, or place his life and works on a timeline, or make vocabulary lists with correct spellings and definitions, or practice poetic meter and rhetorical devices, or even to memorize and recite the poem with flair and conviction. Although all of these are laudable (and even quite surprisingly enjoyable–and useful–once you’ve tried them), they’re not the endeavors that will bear the greatest, most desirable fruit.

Instead, the types of queries offered above are what awaken hearts of students to understand that despite mutability–especially the fluidity of our wild and wide-ranging human emotions that drive us so desperately to do it “my way”–there are transcendent and immutable truths that are beautiful and good; truths most worthy to live by, such as “Fear God and keep his commandments, for this is the whole duty of man” (Ecclesiastes 12:13).

What does this entail? It doesn’t include idolizing individuality and independence; the discovery of self, the definition of self, the expression of self, and the assertion of self – though those things can be part of it when exercised virtuously and wisely–are not the most critical element. The essential element is remembering the Decalogue: Love God and love your neighbor.