Overgrown Adolescents: Rise of the 18-34 Year-Old 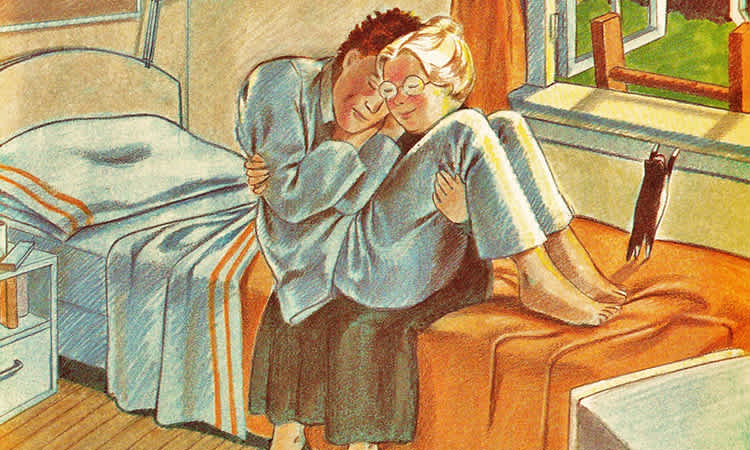 At some point during the school year, I talk with my students about R-rated films. I have heard nearly every conceivable defense there is for watching crude, vile movies, but the most common defense is, “R-rated movies don’t affect me.” I suspect this defense is the most common because it is the most persuasive, and it is persuasive because it seems to be true, at least so far as parents can tell. If a young man with good grades (who sings in the choir) can watch some nasty little film which gleefully depicts the evisceration of the human body, so long as the young man does not turn violent himself, why stop him from watching what he likes?

Similarly, if a certain young woman was capable of eating a massive slab of birthday cake every night without gaining a single pound, why stop her? If so much cake truly had no affect on her, why not allow her to eat to her heart’s content?

However, allowing children to do things which have “no effect” on them has incentivized children to adopt a dull, impenetrable attitude toward life—even the moments of life that formerly ranked among the most significant and beautiful. This dull approach to life has prolonged childhood well into adult years.

The prolonging of childhood can be seen rather easily in the way American companies now group people by age. In the demographic questions which now conclude most surveys, respondents are asked about their level of education, income, race, marital status, and age. When I worked for a market research firm back in 1998, many surveys offered “18 to 24” and “25 to 34” as separate options; however, in the last twenty years, these two age ranges have gradually been collapsed into one: 18-34.

What does it mean that most billion dollar corporations no longer need to distinguish between 18-year-olds and 34-year-olds?

For starters, it means that once Americans hits the age of 18, their tastes are not expected (or required) to change all that much for the next sixteen years. Between 18 and 34, a person will likely leave home, go to college, graduate college, and enter a career. The average age of a first-time homebuyer in this country is 32. So far as successful corporations are concerned, though, none of these events is expected to make much of an effect. Even marriage benignly bounces off a fellow, creating no more indelible a mark on his priorities than smoke on the wind. Life itself is not thought an important enough thing to warrant significant change.

While surveys typically ask about marital status and education, it is common knowledge that the “18- 34” demographic is the most highly sought-after demographic there is. In terms of selling automobiles, food, clothing, entertainment, and so forth, there really isn’t a coveted “married” demographic or “college graduate” demographic. Religion plays such a small role in our lives that market research firms don’t even bother asking about it. The real money comes from grouping people together by age.

Accordingly, the “18-34” year-old is both somewhat real and somewhat fictional, a character created by companies which actual 18-34 year-olds are asked to imitate. Back when “18-24” year-olds were different from “25-34” year-olds, a certain company had to create and market two entirely different products to both age ranges. Once the two age ranges were consolidated, though, a single product would do. Thus, even if the American public weren’t already doing everything it could to stall maturity, there was a good deal of profit to make in persuading them to put off maturity for another ten years or so.

If you have stepped inside a Barnes & Noble during the last ten years, you must have noticed that the modern book store has been taken over by toys. Cheap action figures are sold to 8-year-olds, while expensive action figures are sold to 28-year-olds. Fashionable breweries now dump candy bars and breakfast cereal into expensive beers marketed to adults. The heady, spicy aroma of tobacco has been replaced by buttered popcorn flavored vape juice. Comic book films are now treated as serious art, worthy of comparison with classic literature. Adults are now free to pretend anything from pets to houseplants are their “babies.” Comic-Con has paved the way for adults to continue playing dress-up with each other. Fifty years ago, adults might gather to play cribbage or dominoes, whereas fantasy role-playing board games are now considered appropriate entertainment for people old enough to purchase Twinkie-flavored IPAs. In fact, nearly anything that constituted “youth culture” between the Reagan years and the Clinton years is now acceptable for adults. Twentysomethings and thirtysomethings are not expected to develop and refine their tastes. They are simply expected to spend more money on the same things they enjoyed during adolescence.

The “18-34” year-old is not merely someone with bad taste, though. The sort of devotional literature aimed at the “18-34” year-old sounds like a cross between a maid of honor speech and a plagiarized freshman psych paper. The opening line of Sadie Robertson Huff’s Live, a book which has three times as many user ratings as The Benedict Option and currently sits quite high on the “Teen & Young Adult Christian Inspirational” Amazon rankings, is: “I love words and I like to understand them better through their definitions.” A steady diet of shallow pleasures creates the sort of soul which finds genuine consolation in the reflections of a young Instagram influencer. The human soul is just not the sort of thing which takes all that much knowledge or expertise to fix. It’s not a phone, for crying out loud.

Obviously, the creation of the “18-34” year-old aimed at getting 34-year-olds to act 18, not getting 18-year-olds to act 34. A society as progressive as ours has much to gain from indefinitely extending youth, for youth is necessarily oriented toward the future, which naturally inclines the youth toward a progressive worldview. What is more, any 18-year-old trying to act 34 is going to break the 18-34 year old mold rather quickly. The last thing advertisers need is someone in their late 20s reaching after the maturity of someone in their 50s. We don’t want twentysomethings having any meaningful communication with people their parents’ age.

As many culture critics have already noted, the “18-34” year old exists because we offer children very little incentive to grow up. The pleasures and freedoms of adulthood are given to children earlier and earlier, while “stress” is regarded as a debilitating, deadly disease from which everyone—but especially the young—needs immediate deliverance. The day is fast approaching wherein telling a student to “hurry” for any reason at all will be regarded as psychological abuse. Despite the fact that most children in this country have seen internet pornography by the age of 14, many self-professed conservatives give their eighth grades sons smartphones “to teach them responsibility.” Of course, this is simply how “responsibility” is now commonly taught to teenagers: first, they are given expensive, dangerous gifts and their parents hope nothing goes horribly wrong, then parents pretend “important lessons were learned” when things do go horribly wrong.

This extended complaint about the elongation of adolescence presumes not only that adulthood still exists, but that adulthood is good. While I am nearly 40 years old, I discovered adulthood too late in life to ever achieve the status of adult as deeply as I would like before passing from this world to the next. I fear the sort of future wherein it makes sense to speak of the “18-64” year-old, though I believe the pettiness and selfishness of my own taste has contributed to the extension of youth even beyond the age of 34. Nonetheless, I believe I have chosen my heroes well.

When I consider the sorts of figures who have shaped my understanding of adulthood, both real and fictional, what typifies them all is quietude mingled with a willingness to suffer, care for the innocent and infirmed, an intellect capable of enjoying and profiting from silence, an ability to think one’s way out of boredom, a respect for appearances and nature, and a complete disregard for the judgments of youth. The great adults of the Modern age are Roger Scruton and Jane Eyre.

Helping our children escape the vortex of the “18-34” year-old depends on living by a couple of simple but uncomfortable rules. First, we must guard our own homes from fashionable music, stories, films, theology, and books, because fashionable things create sudden but ephemeral loves that never last long enough to take root and having too many rootless loves will make a man shallow. And second, living by the first rule also entails a willingness to offend people who do not live by the first rule, so escaping the “18-34” vortex also requires an iron stomach. Such offense will invariably prompt counter-offense and few accusations prick the conscience of a man living in an egalitarian, democratic society quite like “snob” does, though I don’t mind telling you the sting passes rather quickly.