Out Of The House Of Jupiter. 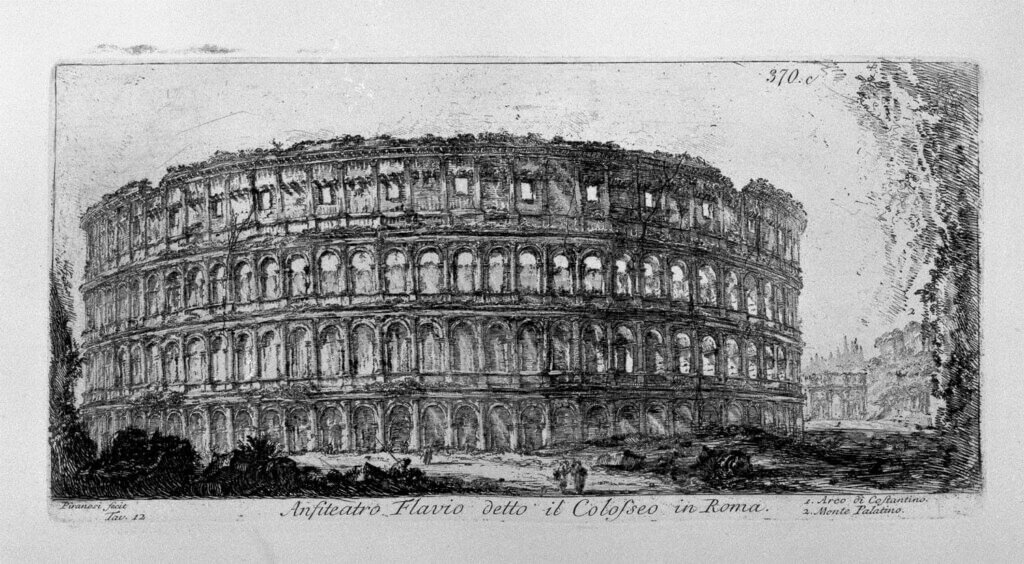 It is easy to be cynical about the meteoric rise of Christianity in the fourth century. Great historians of Late Antique Christianity like RA Markus and Peter Brown ballpark the Christian population at ten percent of the total Roman population just before Constantine and close to eighty percent by the time of Theodosius— and less than a century sits between the two emperors. I’ll confess to have read little of the pacifist literature Christian historians have published in the twentieth century, though one major strand of such thought regarding the conversion of the Empire is that, while it was hard to be a Christian before Constantine, it was hard to be a pagan after him.

This might be true, though a deep appreciation of late Roman pagan spirituality might also help to account for the rise of Christianity. As RA Markus comments in his chapter on Late Antique Christianity in The Oxford History of Christianity, the Incarnation represented the horizon between the human and the divine as having become “tantalizingly open,” and such openness surely piqued the interest and fired the imagination of lower class pagans.

In The Rise of Western Christendom, Peter Brown paints a picture of pagan spirituality that will seem foreign not only to most modern Christians, but modern persons of any faith. Brown suggests that, by the third or fourth century, the average Roman had as little to do with Jupiter as the average American has to do with Barack Obama. Jupiter was a protector of the state, a highest appeal, but he was a god for those of power and influence, not the lowly. The pantheon was a hierarchy of power, but so was Roman society; lowly men dealt with lowly gods and demons, while esteemed men dealt with the great gods. In the same way that the average American who wants to build a house has a frustrating complex of petty bureaucrats to appease, so the average Roman who wanted to build a house had a host of petty spiritual thugs to appease. The god of the door, the god of the door frame, the god of the bedroom, the god of the hearth. Failing to appease one of these gods might result in the ruin of a house much like failing to acquire some small building license stands to grind construction of a duplex to a halt.

While this situation may have been vexing to lower class Romans, in some ways, it beat the alternative. Jupiter and Apollo were unreliable and fickle, violent transgressors of personal space and autonomy. The gods were serial rapists and murderers, and at the same time these gods could “get things done,” they were not the kind of entities anyone wanted to draw near. Again, some correlation to contemporary politics seems apt. Twenty years ago, if you wanted to open a barber shop, having Ted Kennedy as a friend might open some doors for you in terms of getting this or that license, though you might not want to have Ted Kennedy as a close business partner. The gods were hungry mouths, and if those mouths were stuffed with sacrifice, one could avoid being eaten. A comfortable distance was preferable, though. Sacrifice did not allow a man to draw near Jupiter so much as it kept Jupiter safely at bay.

Something like a Transfiguration occurs several times in pagan literature, and Jesus is not the first divinity to reveal His glory to men. Christ is different from Zeus in what follows the Transfiguration, though. The typical pagan transfiguration was followed the annihilation of those who bore witness to it, or else the transfigured god revealed himself or herself and then promptly vanished to the horror of his audience. On the other hand, Christ reveals His glory to the apostles on Tabor (“inasmuch as they could bear it,” as the hymn goes), but then walks with the apostles back down the mountain and resumes the same work to which He had previously set His hands.

While Late Antique Christians might not have used the expression “a close, personal relationship with God” in the same way nineteenth and twentieth century Christians do, the appeal of the Church lay in a God with Whom a man might want to have such a relationship. A God who was not a terror like Mars, not a rapist like Jupiter, not merely a friend of the wealthy. All the while, the doctrine of the Christian God presented Him as possessing an even greater eminence and power than Jupiter. Had Christians merely presented the Trinity as having more power than Jupiter, the pagans might not have necessarily been offended. Had Christians merely presented the Trinity as being an amicable god, the pagans might not have been offended either. That He was both greater than Jupiter and intimate in His being was dizzying, though.

In God in the Dock, Lewis comments that it is far easier to convert a pagan than an atheist. He presses this point by claiming modern Christians must nearly converts atheists into pagans before they can convert them into Christians. Sadly, many Christians today are not presented with the Gospel as a story of cosmic rebellion against the powers of darkness, or a revolt against petty demonic crime syndicates who brutalize the weak with endless distraction, fear and red tape.

A high school curriculum which offers with a strong, full-blooded and leisurely stroll through the second and third centuries of Roman life and religious conviction will allow students to intellectually enter into the bondage— for a moment— from which Christ has liberated man and Western men in particular. In the Old Testament, God continually presents himself as the God who “brought you out of Egypt, out of the house of bondage,” and I have to imagine that Israelite children living well after the exodus were apt to ask their parents about such a dramatic prologue. I doubt a good father would reply to such questions, “Oh, that was a long time ago. Has little bearing on us anymore. Just be glad we’re free. Let’s go look at the temple again.” Speaking theologically or mythically or mystically, the bondage of Egypt is the bondage in which every human once languished. However, as Westerners, our bondage to Jupiter is no less a part of our spiritual history. Deliverance from the house of Jupiter is a particular story with nuances that set it apart from our deliverance from Pharaoh’s house, and the story must be told as such.