A New Kind Of Cheating: Temptations Of Online Grading Systems 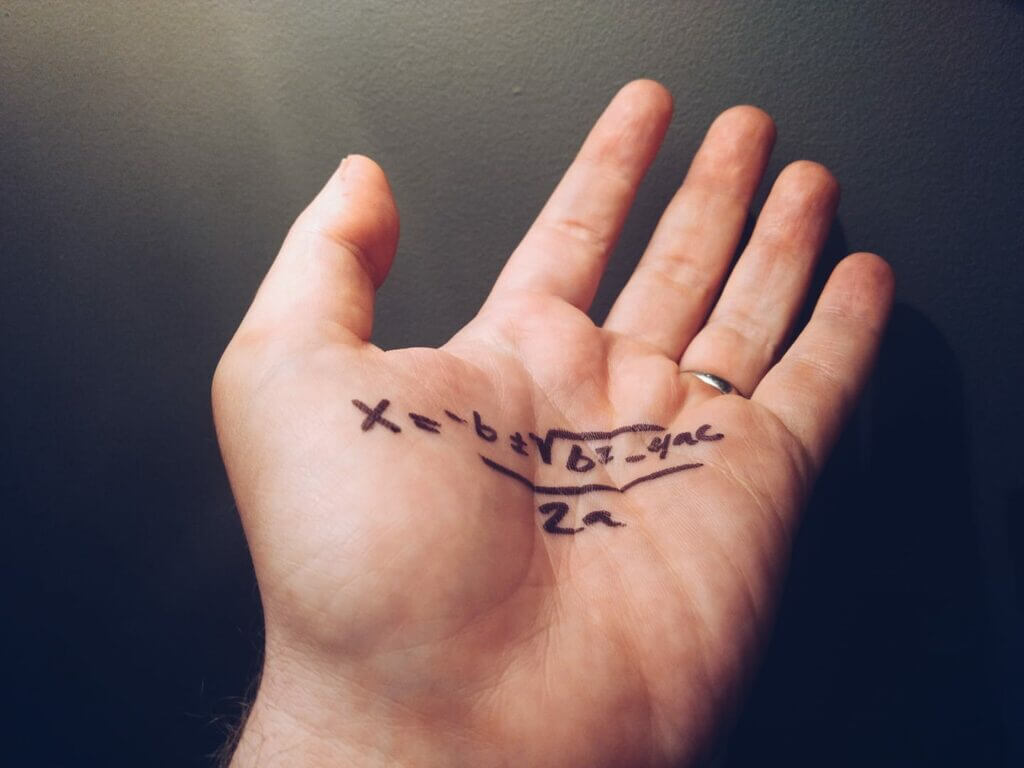 Student: I wanted to talk about my grade in your class.

Gibbs: It’s too high, am I right? You want to protest grade inflation?

Gibbs: And if I weighted that quiz as classwork, you would probably have an 85.

Student: But that quiz was really hard.

Gibbs: True. If I decide to count last week’s quiz as a test, what would happen to the grades of everyone who did poorly on it?

Gibbs: Sure, you do.

Gibbs: They would definitely go down.

Student: Is it possible you could weight the quiz as a test for my grade only?

Gibbs: Look, chief, I’m the teacher. I can erase all your grades and just give you a 100% for the whole year right now if you like. Few taps of the keyboard. You’re asking the wrong questions.

Student: That’s not what I want, though.

Student: It wouldn’t be right.

Student: Because I haven’t earned it.

Gibbs: You come in here to talk about shifting weights and numbers around so you could have the grade you wanted, and now you want to talk about “earning it”?

Student: No, I was simply saying that if the grades were configured slightly differently, I would have a better grade.

Gibbs: That’s a statement that will always be true, no matter who you are or what you’re doing. When you’re the front-end manager of a supermarket ten years from now, it will be possible to move the numbers around so that it looks like you’re doing a better job than you are. I can move numbers around so it looks like my students are smarter than they are. Politicians endlessly rework stats and numbers until they get something that will impress voters. In our world, everything is run on numbers. Configuring numbers differently for your own benefit is the great modern labor.

Gibbs: What’s the difference between reconfiguring the grades so you get a 92 and just deleting the 89.2 that you’ve earned and putting a 92 in its place? If I did the latter, I wouldn’t have to worry about anyone else’s cumulative grade going down.

Student: Whoa, whoa, whoa. How did that happen?

Gibbs: I’m so impressed by this little conversation, I’ve decided to raise your grade.

Student: Won’t someone get suspicious?

Gibbs: I’m not worried about the principal getting suspicious. I’m more worried about everyone else in class finding out you have a 120%, because then they’d want one, too.

Student: What are you doing?

Gibbs: (tapping on keyboard) Raising everyone’s grade to a 120%.

Student: You’re blowing this way out of proportion. I came in here asking about the possibility of a minor adjustment to my grade and you’re lampooning me as though I asked for the moon.

Gibbs: No, I’m skipping past the politeness and the pretense of being fair so we can get down to brass tacks. This is about higher grades, nothing else.

Student: Look, change everything back. Please.

Student: Good. Okay. Look, I’m not looking for a handout. All I’m saying is that with a slightly different configuration of things, I would get the grade I want.

Gibbs: You want a higher grade, but you want it to look legit?

Student: You make it sound so nefarious.

Student: What are you talking about? That’s impossible.

Gibbs: I just determined there was an in-class participation grade taken that day.

Gibbs: I do now, and they’re weighted fifty times more strongly than tests. Everyone was really into that conversation, and so I’ve given everyone a five out of five on their first in-class participation grade. Everyone in the class now has a 120%.

Student: Are you allowed to do that?

Gibbs: I don’t know. We’ll find out when the principal reviews my grades at report card time.

Student: This is all so arbitrary.

Student: There’s no reason to create that assignment. We didn’t know we were going to be graded on it.

Gibbs: No, that makes it all the more fair. It was spontaneous, authentic. If everyone knew there was a grade that was going to be taken, everyone would have feigned interest in the conversation.

Student: Why did you weight it so strongly?

Student: You’re going to get in trouble.

Gibbs: (tapping on keyboard) Fixed that.

Gibbs: I just created an assignment with the same weight, but everyone got a zero on this one. You’re back to an 89.2.

Student: There’s no reason to do that, though.

Gibbs: And there’s no reason to weight the Modernism quiz from last week as a test other than the fact it improves your grade.

Student: That’s such a small thing, though. I’m not asking you to move heaven and earth. Last week’s Modernism quiz could have been weighted as a test and no one would have batted an eye. It really could have gone either way.

Gibbs: Twenty years ago, before online grading services were used, students never argued that tests and quizzes should be weighted differently so they could get higher semester scores. They argued for something far more noble.

Gibbs: They argued for the quality of their own work. Students would say, “I got a B on this paper, but I think it should be an A, and here are my reasons.” You can offer me no reason why I should change the weighting of last week’s quiz other than the fact it would give you a higher grade. While it might not appear so at first, you want me to help you cheat.

Student: I do not.

Gibbs: You want something for nothing. You want me to put my thumb on the scale when issuing grades on your work. If I change the weight of last week’s quiz to a test, there’s about seven other students whose grades would go down. You don’t seem particularly bothered by this. You’re willing for other people to suffer so that you can benefit, and you have done nothing which warrants that benefit. That’s stealing.

Student: But I asked if you could just reweight the quiz for me.

Gibbs: I can go through everyone’s grades, reweight every test and every quiz, so that everyone gets an A. In fact, if everyone did what you’re doing right now, and if they did it with every assignment this semester, you could be at the bottom of your class by next week.

Student: You need to quit slippery-sloping this thing. I’ve made one request.

Gibbs: And if I grant that request, there will be more. Why would there not be? This is all a unique temptation which comes with online grading services, the kind most schools now use. Students have access to so much information about their grades, and they pour over that information. They realize that with a slightly different configuration of tests and quizzes, they could make honor roll. Or that regrouping the last test of the first quarter into the second quarter would mean an A in both quarters. There will always be some way of slightly adjusting the numbers so that a better score shakes out. The same is true the other way around, though. There’s always a way of reconfiguring and reweighting grades so that you cumulative score is lower. If you would like to argue I’ve graded a certain quiz too low, and that your work is better than I gave it credit for, fine. I will gladly reevaluate a grade, and you’re always welcome to resubmit edited work for a higher score. But I’m not going to put my thumb on the scale for you and pretend there’s something fair, objective, and scientific about it.

Student: Okay. Fine. Can I make a case for a better score on something, then? I just need to get that 89.2 a few tenths of a point higher so it rounds up.

Gibbs: Charming. Why not? Let’s hear your case.