Become What You Behold: Why Plundering The Egyptians Rarely Works 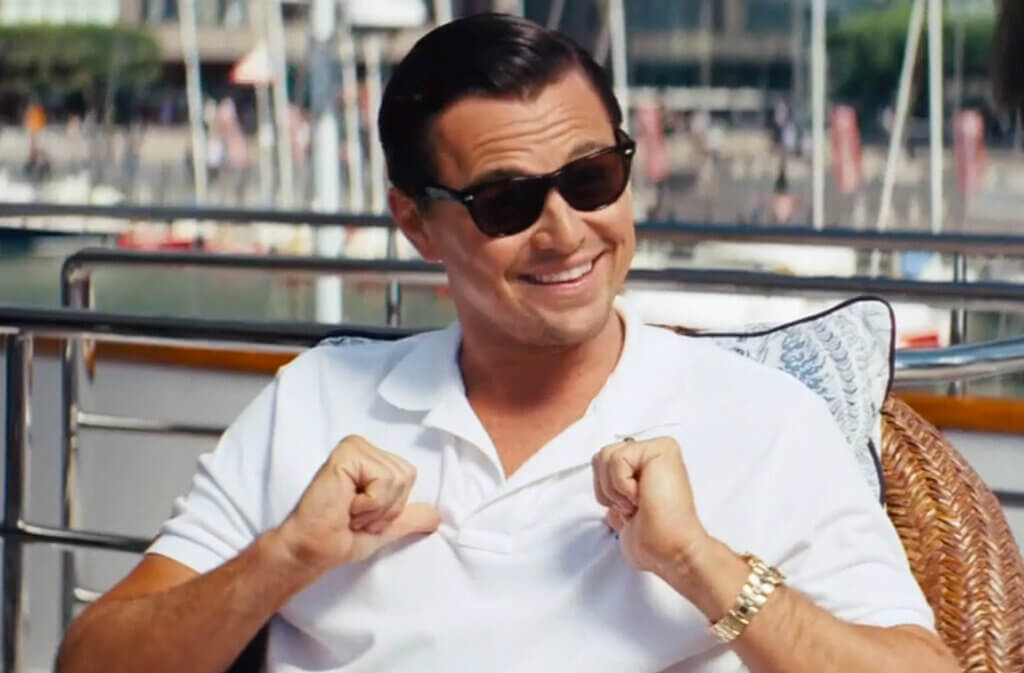 What exactly does it mean to “handle” a movie? What does it mean to “deal with” the vulgarity in the latest Scorsese or Tarantino picture? Why “deal” with it? The logic runs something like this: Scorsese is a master filmmaker, although a rank moralist, which means that only a very mature intellect will be able to glean what is good from Scorsese while dismissing what is seductive or vicious or vulgar. The mature intellect is like a sieve, and everything submitted to this sieve which is not good or true or beautiful simply passes through, and is not retained. Who is more vicious, after all? Martin Scorsese or the Egyptians who enslaved the people of God? And yet, didn’t God require His people to glean what was valuable from the Egyptians even while the Israelites left that wicked nation, their gods and their false beliefs in the dust? Furthermore, can we not simply do something similar, yet on an intellectual level, at the movies?

It’s pretty to think the matter is just so simple.

I don’t suppose any student raised to evaluate all things with a Christian worldview— keeping the Christian parts of the world and condemning the non-Christian parts— could be blamed for wanting to test their skills against someone or something truly cunning. The more crafty and studied the unbelieving filmmaker, the more challenging the task of identifying the Gnostic moments from the nihilistic moments.

Sometimes a little help is needed in the plundering. Son, did you see how the director was glorifying sensuality in that scene? The light hits the bottle so that the liquor inside is luminous, but the hero is only reveling in his freedom. He is not using his freedom selflessly. God gives us good things, but we must use them in the service of others. We sometimes expect these kind of pious comments made on the car ride home to effectively nullify any deleterious effect that “pagan” images and sounds might have made upon the mature intellect in the passenger seat. Such pious comments put a little weight behind that push to get the objectionable content through the intellect-sieve so that none of those alluring presentations of vice remain.

In Gregory of Nyssa’s Life of Moses, the great Late Antique exegete writes:

There is something fleshly and uncircumscribed in what is taught by philosophy’s generative faculty; when that has been completely removed, there remains the pure Israelite race. For example, pagan philosophy says that the soul is immortal. There is a pious offspring. But it also says that souls pass from bodies to bodies and are changed from a rational to an irrational nature. This is a fleshly and alien foreskin. And there are many other such examples. It says there is a God, but it thinks of him as material. It acknowledges him as Creator, but says he needed matter for creation. It affirms that he is good and powerful, but that in all things he submits to the necessity of fate. And one could describe in some detail how good doctrines are contaminated by profane philosophy’s absurd additions. When these are completely removed, the angel of God comes to us in mercy, as if rejoicing in the true offspring of these doctrines.

The “plundering the Egyptians” mode of interpretation seems quite Gnostic compared to Gregory’s metaphor. Those who would watch The Wolf of Wall Street or Pulp Fiction to “plunder the Egyptians” are looking to take the extraneous wealth of the wicked man, but then leave the man behind. Gregory’s metaphor for encountering pagan literature calls for a removal of the extraneous filth, and a keeping of the man. The heart of Tarantino movies must be circumcised. The movies must become holy. Circumcised men become holy, as do circumcised films, as does circumcised literature. Plunderers of Egypt don’t want to make pagan literature holy; they want to kill it.

Our confidence that the Did you see how the director was glorifying sensuality in that scene? speech on the car ride home is doing any good betrays our genuine ignorance of what eyes are for. For now, it is true enough that the eyes are the seat of judgment. Men are found guilty in “the eyes of the court,” not “in the nose of the court.” The accused is “shown guilty” of a crime, not “tasted guilty” of a crime. Why are the eyes the seat of judgment? Why is sight the king of the senses? Because light is appropriate to the eyes, as sound to the ears and smell to the nose; God does not come to us as “true smell of true smell” or “true taste of true taste,” but rather “true light of true light.” As God is light, the eyes commune with God in a unique manner beyond the other senses.

At the same time, to judge is not the final purpose of the eyes, nor will the eyes be employed in judgment in the life to come. The final gift of God’s own life to man is the Beatific Vision (not the Beatific Taste, though He is bread; not the Beatific Sound, though He is Word), and in the Vision, the eyes cease to judge but rather finally and completely are opened to receive. The eyes surrender and yield; the eyes swoon, are enraptured. In this life, the eyes are the seat of judgment, and yet on certain occasions, the eschaton spills backward over the dam of time and sloshes into the present, and we feel it, and we are briefly able to use our eyes to present (something like) our whole person to someone or something else, or we are able to briefly receive (something like) the whole person of someone else in return, and it happens, often enough, by sight. By image. It happens at the movies. It happens on headphones, at symphonies, and in theaters.

I recall back in 1996, while Bob Dole was running for president, he made an offhanded comment about how the film Trainspotting “glamorized heroin” use and all the clever whips cracked the fellow over the remark because scene after scene of the film shows heroin users living in squalor, desperate, pathetic, enslaved. Dole admitted later that he had not seen the movie, which is unfortunate, because there’s a good case to be made for the film glamorizing heroin, even while heroin addiction kills and maims the characters, reduces them to animals and so forth. Trainspotting is a potent collection of images, stunning faces, enigmatic imagery… the film is so composed that it draws the viewer out of that pestering self-knowledge, that tape loop which ever reminds the viewer, “I am a person who is watching a movie called Trainspotting” and simply opens the viewer’s eyes to receive, to yield. The film is occasionally stomach-turning, but at the same time, bewitching, transfixing, entrancing in word and deed.

When Dante receives the Beatific Vision in the final canto of the Paradise, he cannot keep writing and the Comedy ends. To receive the Vision is to be able to present yourself to God, and for God to present Himself to you; no words may be used, for words are representational and create separation between speaker and spoken to, between image and viewer. In a very veiled way, something like the Beatific Vision takes place when the eyes surrender, when judgment ceases, when wonder takes over, when the psychic aspect of a man spontaneously submits to the image before him. Such an image might be righteous, but often enough it is sublimely vicious.

When the soul is so opened to receive such an image, any pretense of judgment is lost. Did you see how the director was glorifying sensuality in that scene? and the lucidly philosophical, ethical speech which follows holds precious little power against the image, which has entered the soul in a manner which renders it difficult to judge. Rather, the image lingers for a very, very long time. In truth, the idiot is probably better suited to see The Wolf of Wall Street, as the idiot is not much given to surrender, to yield, to openness, but is endlessly selfish. The Wolf rolls off the idiot. A fine education in theology is more likely to inspire a viewer to trap and contemplate the vice in The Wolf, to ruminate on the power of the images, the charisma of the hero. An education in theology and philosophy won’t help a viewer “deal with” those things if “dealing” means “dismissing” or “forgetting.” Rather, a good education will likely have the opposite effect.

For better and worse, there are a host of images and pieces of music I am haunted by years later, for I received them all in a spirit of perfect submission. Once, while I feared I would die any day, I lay in bed and listened to Gabriel Faure’s Requiem from front to back; the opening, ominous note is a man’s recognition that he has just died, but then the dead man comes to terms with his own death, the danger of the judgment, the sublimity of the souls of the righteous, the ascent through the spheres, and the arrival in paradise. Now, the piece transcends criticism. I would sooner criticize the sun. I would sooner criticize the moon than El Greco’s “Christ Carrying the Cross”, which I once opened myself unto for twenty minutes at The Metropolitan, suddenly and without intention. Those are positive examples, though. I once saw a photograph of a man who had leaped from a great height to his death. Little of his body could be understood, for he was a grotesque pile of blood and bones, but out of that pile, his left calf was visible— perfectly, flawlessly, split down the back-middle, like the lines on old nylon stockings, and the skin and fat parted like halves of a book, and the red flesh was so perfectly red and bright underneath. It was one of the saddest things I had ever seen. I think of it often when I think of the human body and its frailty, and the frailty of the human spirit. I received the image into myself. It is now beyond the reaches of philosophy and analysis and being “dealt with.” Even middling art might be received in such a spirit as to enter my psyche and pass out of the realm of intellection or meaningful critique. Lost in Translation, Magnolia, Demian by Herman Hesse…

I can’t judge these things. I can scarcely speak of them.