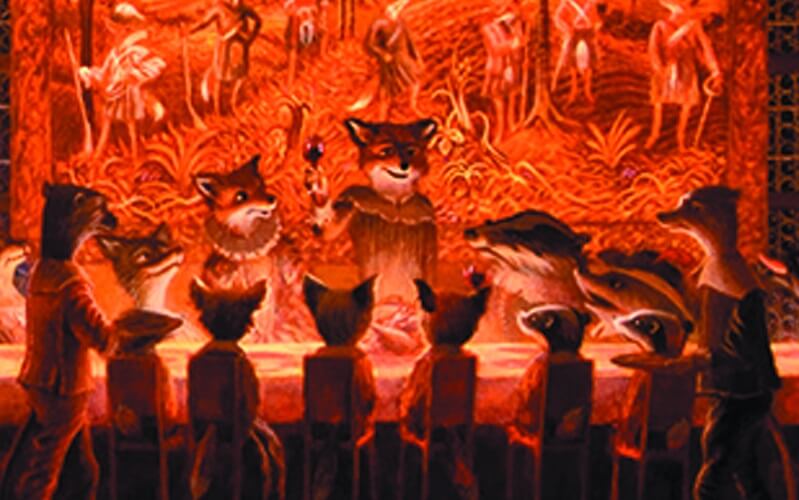 Thanksgiving dinner is the holiest meal eaten in the American household. While the holiness of Christmas and Good Friday surpass Thanksgiving, Christmas dinner is merely an accident of the Nativity liturgy and neither is Easter dinner conducted by a cleric. On the other hand, the Thanksgiving meal is something of a worship service in and of itself. If Thanksgiving has not already overtaken the Fourth of July as the most sacred day in the American civil religion, the exchange will certainly take place within this generation. America has lately become its own whipping boy, but Thanksgiving is an ecumenical holiday which commemorates a pre-American event wherein persons from a plurality of faiths sat at table together. Unlike the Fourth, the ethos of Thanksgiving is neither insular or even national, but universal.

If there is a Thanksgiving problem, it is not a matter of philosophy or theology, but practicality. What to do when the meal is over? I confess I am not a games person, for having fully enjoyed so much food and drink, the last thing I want to do is relearn the Gordian rules to Settlers of Catan. If eight people are going to sit around in a circle for three hours, I far prefer a nostalgic discussion of which Cameron Crowe films are still watchable or why hip-hop music is no good anymore. Of course, such conversation often requires the children have some pacifying activity to do in the other room, and while I enjoy adult talk as much the next indoorsman, I also feel somewhat guilty at splitting up the family on Thanksgiving so we can all do what we like best. If everyone is going to stay together, what we need to do is either sing or watch a movie, and I can’t sing.

Choosing a good movie for Thanksgiving is a challenge, for the family’s viewing power is only as strong as the youngest child, and at a big Thanksgiving union of friends, the youngest child is often only seven. If the family has not the stomach to begin watching Christmas movies on Thanksgiving, options are limited. Something festive is needed, Thanksgiving is a food holiday, however, most movies about food are also about sex. I had it in mind to pass out the chapters on food from Diane Ackerman’s A Natural History of the Senses to my theological aesthetics class, however, upon revisiting those chapters (thank God I did not rely on memory alone), I found most of them were about oysters, cucumbers, chocolate, cayenne, and vanilla, which meant that none of it was safe for high school. The greatest food movie of all time is Babette’s Feast, but it is foreign and subtitled and makes no sense to little children. There are scores of food documentaries, but as much as I love a good and sumptuous documentary, showing one on Thanksgiving seems a mercilessly dry thing to do. The ideal Thanksgiving movie thus requires a staggering convergence of disparate qualities. It must be…

for children, meaning it has animals in it

for children, meaning it has children in it

for adults, meaning it is clever

for adults, meaning it is not zany

Perhaps, you think, it would just be easier to bite the bullet and ask someone to explain the rules to Settlers of Catan once more. However, there is a film which meets all these qualities, and it is Wes Anderson’s The Fantastic Mr. Fox, my go to Thanksgiving film.

To limit the film to a single theme would be a bit unfair, for a subtly troubled marriage sits at the center of the plot, and the story of a troubled marriage is really a story about everything in the world. The troubled marriage is not so troubled as to alarm a child, but every viewer north of middle school will perceive the potential divorce which lurks behind several significant breaches of trust which occur in the second act. This might make the show sound like an overly serious affair, though it’s not, it’s a comedy, and small children will be wowed (transfixed, tranquilized) by the presence of animals, even children animals, and their humorous jealousies, little crushes, and ill-advised capers. The color palette of the film is a pleasing harmony of burnt oranges, greys, browns, and yellows, and the score and soundtrack contain none of the bombast, shouting, crashes, and cringe-inducing sound effects typical of the happy, nihilistic dreck marketed for children these days.

The titular Mr. Fox of the film has a taste for the best food and drink of the world, and his obsession with haute things has jeopardized the safety of his family and the integrity of his marriage. As a film fit for Thanksgiving, though, I might describe Mr. Fox as the story of a gourmand and a glutton who painfully learns to be content with the common things of the world. If the average food show is meant to inspire food lust for unobtainably perfect sauces, cheeses too rare for the US, and paycheck wines, The Fantastic Mr. Fox is about taking satisfaction in the good enough table. If you’re not going to eat Babette’s actual feast on Thanksgiving, Mr. Fox will push you toward contentment and gratitude for whatever your hand has found to eat.

1 thought on “My Go-to Thanksgiving Movie”