The Most Exciting Thing That Ever Happened At School 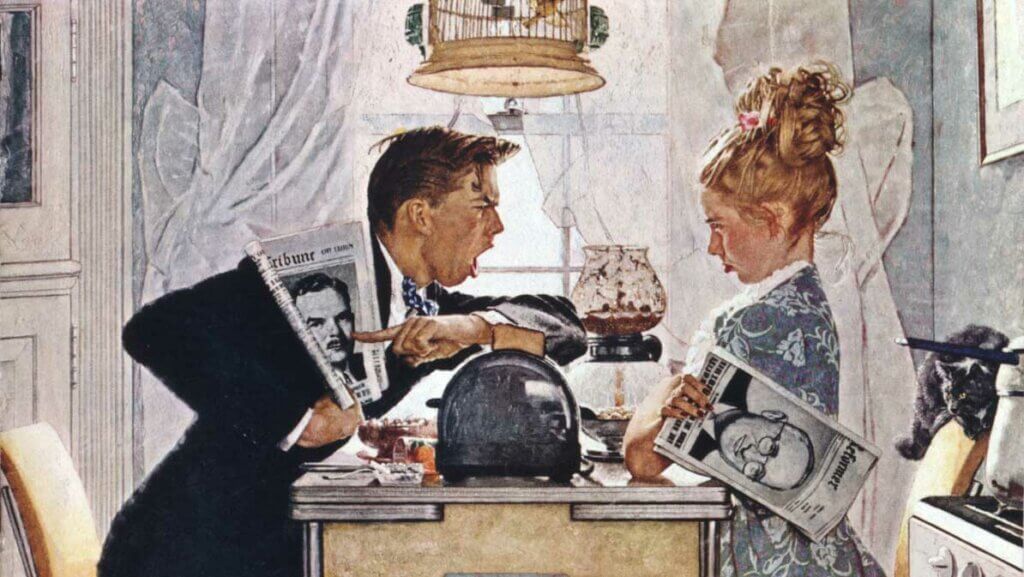 I attended a small classical Christian school in the 1990s and without exception, the most exciting thing one could ever hope to see at school was two teachers disagreeing with each other. Most of the teachers where I attended school were Reformed, but there was an Arminian or two, and I once saw the Reformed civics teacher get into it with an Arminian history teacher about something to do with Paul’s epistles. I don’t remember what they were arguing about. What mattered was that they were arguing. It was thrilling. A crowd of students gathered. It was better than watching two seniors in a bloody, knock-down drag-out fight over a girl. Like most fights, the argument only lasted two minutes. I could have watched it for hours.

Exactly how much has changed in the last 20 years?

I co-teach a 20th century history & literature class and, from time to time, my colleague and I disagree about Puritanism or wartime ethics (or what have you) and the students become noticeably uncomfortable. These are not exactly arguments, mind you, but mere exchanges of disagreement that go back and forth a few times before we move on. No raised voices, no name calling, no mocking laughter. Earlier in the year, I overheard one student nervously whisper “Awkward!” to the student beside her after my colleague and I bantered for thirty seconds about something about which we did not see eye to eye.

While we ought to laugh at the squeamish sensitivity lately arisen in academia (which this week ruled sombreros at a tequila-themed birthday party an act of ethnic stereotyping which required “safe places” and counseling for all those offended), I suspect that classical Christian schools are not entirely exempt from contributing to this broader cultural problem. Many classical Christian schools are ecumenically-minded and ecumenically-staffed institutions, which means students will figure out that while the theology teacher and the literature teacher agree on the trivium and Homer, they might very well disagree about the Eucharist, the atonement, eschatology, and so forth. It probably won’t benefit the student body to see an Anglican teacher and a Presbyterian teacher publically debating the Lord’s Supper, but neither can a Christian institution treat disagreement among the faculty as some kind of shameful secret.

Classical education does not prize novelty, but imitation. All things are taught through submission and imitation of the masters. We cannot expect our students to graduate, go off to Babylon U and begin winsomely debating atheism, relativism, and nihilism with their peers and profs if they have never seen such behavior modeled. How do mature adults disagree over intellectual matters? It is not enough to tell the students to “be respectful of others.” How is respect shown? How does one gracefully counter an argument which is utter nonsense? How does one tactfully concede a point without giving away the farm? Would students be well served watching one of their respected teachers get their lunch eaten in a debate, given that everyone is bound to have their lunch eaten at some point or another?

More importantly, watching teachers disagree stands to normalize disagreement, friction, and professional tension; these aspects of living in a diverse society should not seem monstrous, taboo. If our students think friction and disagreement as some sort of monster, once they are on their own two feet, they will be more likely to cave to whatever cultural movement is the most intimidating— because such a move will avoid the most friction.