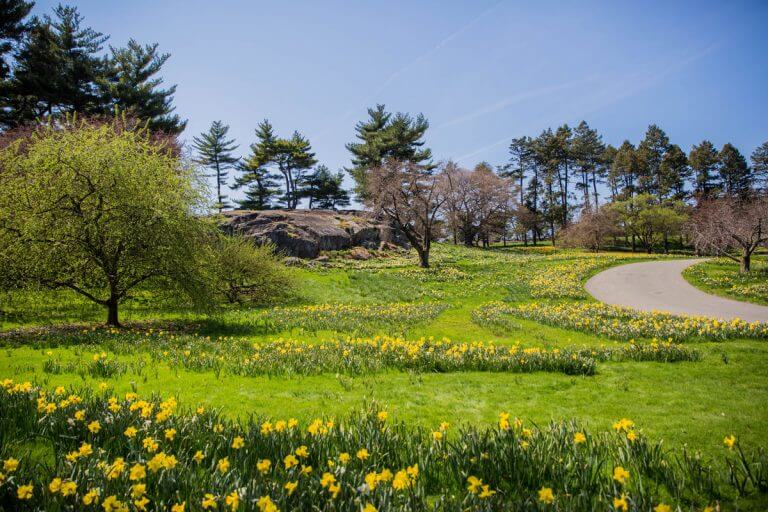 Over the last half-dozen years, classical educators’ recovery of a more holistic practice of memory has permeated my own understanding of learning, pedagogy, and virtue. I have come to believe that what a student has learned is revealed in what she remembers, rather than what work she has done or what experiences she has collected over a school year. Accordingly, when I plan instruction, I strive for pedagogical practices that engage students in labor that forms their memories, rather than that which aims only to bring them to intellectual understanding. And I understand virtue—the fruit of learning—not so much as making particular right actions or choices, but as the exercise of a “muscle memory” of righteousness formed through commitment to spiritual disciplines.

Recently, in addition to all this, some of my current reading has introduced me to a fresh facet of memory that expands the “memory as pedagogy” model I have been absorbing. The practice of memory as pedagogy comes to us from the medieval era which birthed classical education. But in turning the pages of a few Romantic-era volumes on my bookshelf, I have been presented with a practice of memory as play. And I believe this is a complementary, even necessary, addition to the contemporary classical educator’s understanding of memory.

The historical context of the two views is significant. As C.S. Lewis noted in The Discarded Image, medievals were organizers; their impulse was to accumulate as much truth as they could, especially from written sources, and then to order and catalogue it, not throwing anything out, but relating each part to all the others with the same finesse and nuance they chiseled into Gothic cathedrals. Their sense of the unity of truth was grounded in medieval Christendom, in which all of life—from religion and government to economics and agriculture—was united under the lordship of Christ and the ministration of the Church. Memory, then, was both the instrument of accumulating and ordering truth, and the storehouse wherein it was kept.

But in the Romantic era, political revolution, surging nationalism, secular rationalism, and encroaching industrialism eroded the last vestiges of the sense of unity passed down from medieval Christendom. Life, whether abstractly conceived or concretely lived, now exuded a sense of fragmentation and tension. Further, the transition from a non-reading oral culture to a literate print culture proliferated opinions to the point that truth could no longer be sought in the harmonizing of them all. And so memory could be regarded neither as the primary instrument in discovering truth, nor its essential storehouse.

What then became of memory? Being a fundamental human faculty, memory could not be abandoned; instead, it was adapted to the human needs and longings stirred by a new chapter of history—the yearning for a coherence of life and truth, and also for respite from a world that denied these. Memory became that respite, and a kind of playing into truth.

This new use of memory was first announced by the poets. Its most famous presentation is in a short poem by William Wordsworth, the British poet who, with his friend Coleridge, first articulated the new Romantic theory of poetry. In his short poem “I wandered lonely as a cloud,” the speaker opens by describing, in past tense, a day spent visiting the country, roaming over hills and fields like a cloud, until he spotted in the grasses “a crowd / A host, of golden daffodils.” Vivid poetic description communicates the wanderer’s prolonged, delighted observation of the daffodils; this was no cursory glance-in-passing, but a study: he “gazed—and gazed”: the encounter has the feeling of epiphany. But its meaning crystallizes only later, when the poet has returned from his country excursion to his city home. In the last stanza, the poet explains (now in present tense) how “oft, when on my couch I lie / In vacant or in pensive mood,” he recalls the image of the daffodils, stored, through the exercise of close observation, in his memory, which he names that “inward eye / Which is the bliss of solitude”; and this remembered image redeems his vacant or pensive mood into one of pleasure and dancing. Because he had exercised memory as a kind of delighted play when immersed in the beauty of nature, the poet can later draw images of nature up from the well of his memory into a parched present, paradoxically assuaging the sense of fragmentation between them.

Nor is this all. In another, longer poem, Wordsworth claims that this playful memory may not only heal the plague of fragmentation, but thereby also nourish the soul in virtue. In “Lines composed a few miles above Tintern Abbey,” Wordsworth begins by describing another instance when he had treasured up in memory his delight in a beautiful landscape, and then returned to it in later years for consolation. Then he theorizes that his memories have not only given him “sensations sweet” and “tranquil restoration” amidst “the din / Of towns and cities” and “hours of weariness,” but that they also have stirred in him feelings “As have no slight or trivial influence / On that best portion of a good man’s life, / His little, nameless, unremembered, acts / Of kindness and of love.” In other words, Wordsworth proposes that the inner tranquility gained through the play of memory inclines the soul towards virtue. And—he continues—it may even presage a sort of beatification:

Nor less, I trust,

To them I may have owed another gift,

In which the burthen of the mystery,

In which the heavy and the weary weight

Of all this unintelligible world,

Is lightened:—that serene and blessed mood,

In which the affections gently lead us on,—

Until, the breath of this corporeal frame

And even the motion of our human blood

Almost suspended, we are laid asleep

In body, and become a living soul:

While with an eye made quiet by the power

Of harmony, and the deep power of joy,

We see into the life of things.

Here, in the soul transfigured through memory, as in Dante standing at the verge of Paradise, desire is cleansed, affection leads the will, and the essence of things is understood.

Articulated by poets, this conviction of playful memory as the soul’s solace was then adopted by educators. Charlotte Mason, a turn-of-the-century Christian teacher and education reformer famous for her school Ambleside and for her still-influential books on teaching method and philosophy, quoted passages of Wordsworth’s poems as she described the central role of memory in the education of young children. Rather than rote memory exercises, she envisioned mothers and teachers engaging young children in memory games like one she calls “sight-seeing,” played when an adult “sends [the children] off on an exploring expedition—Who can see the most, and tell the most, about yonder hillock or brook, hedge, or copse.” Once the children run back from their expedition, the adult invites them to describe what they have found, and asks questions pressing them to more details of description. If they mention a tree, the adult might ask what was to the right and left of the tree, or what shape were its leaves, or how tall it seemed. If it was an apple tree, the adult might ask about how many ripe apples were on it. Any time the children cannot remember such a detail, they run back to the scene, make a closer observation, and come back to report and answer more questions, until they have described the scene in such detail that the adult can envision it without having been there. Another game Mason describes is “picture-painting”; in this one, children and adults together take turns looking at some landscape before them, then closing their eyes, recapturing a mental image of the scene, and then “say[ing] what they see”—each member of the group trying to outdo the others in vividness and exactitude of description.

And what is the point of these games? Besides learning a habit of attentiveness that has no end of applications to all parts of life, Charlotte Mason also reflects, “It would be difficult to overrate this habit of seeing and storing as a means of after-solace and refreshment. The busiest of us have holidays when we slip our necks out of the yoke and come face to face with Nature, to be healed and blessed”—that is, restored in spirit and virtue.

Are these two models, then, contradictory? How is the classical student or teacher to assimilate them?

Taken on its own, I believe the Romantic model is an incomplete account of truth and virtue. It clearly lacks the theological grounding of the medieval model, being based instead on the radical individualism of its period.

However—the Romantic model was birthed in a period much like our own, rife with unrest, division, ugliness, and uncertainty. Though it became a philosophical statement of the nature of truth and virtue, it was begun as a practical effort to sustain the life of the soul in an inclement age. The Romantics, and we, confront a slough of hindrances to the depth of attentiveness, understanding, charity, and hopefulness that undergird the medievals’ Gothic grasp of reality. As the most potent antidote to these hindrances, William Wordsworth and Charlotte Mason urge memory practiced as a form of play and solace. And perhaps, for anyone living in an over-rational, post-industrial, sectarian world, this practice of memory is a necessary prelude to any other.

For classical teachers and students, accepting their exhortation might mean spending more time contemplating and memorizing beauty—especially the beauty of nature. It might mean devoting precious time and effort to frequenting lovely landscapes where one can walk and observe, collecting pictures for memory’s gallery. It might mean beginning a session of study or work by recalling, and briefly contemplating, images of beauty remembered from one’s travels or childhood. It might mean returning to such images when combating stress, anxiety, or weariness. It might mean, in the moment of temptation, bolstering one’s habits of virtue with images of remembered loveliness that “have no slight or trivial influence” on our desire to embody goodness.

Perhaps playing in the fields of memory, and preserving bouquets of nature’s beauty, is actually the best preparation for building memory palaces of truth and virtue. Perhaps we must practice memory as play in order to achieve memory as consolation.