Made in Secret: The Hidden Joys of Creation 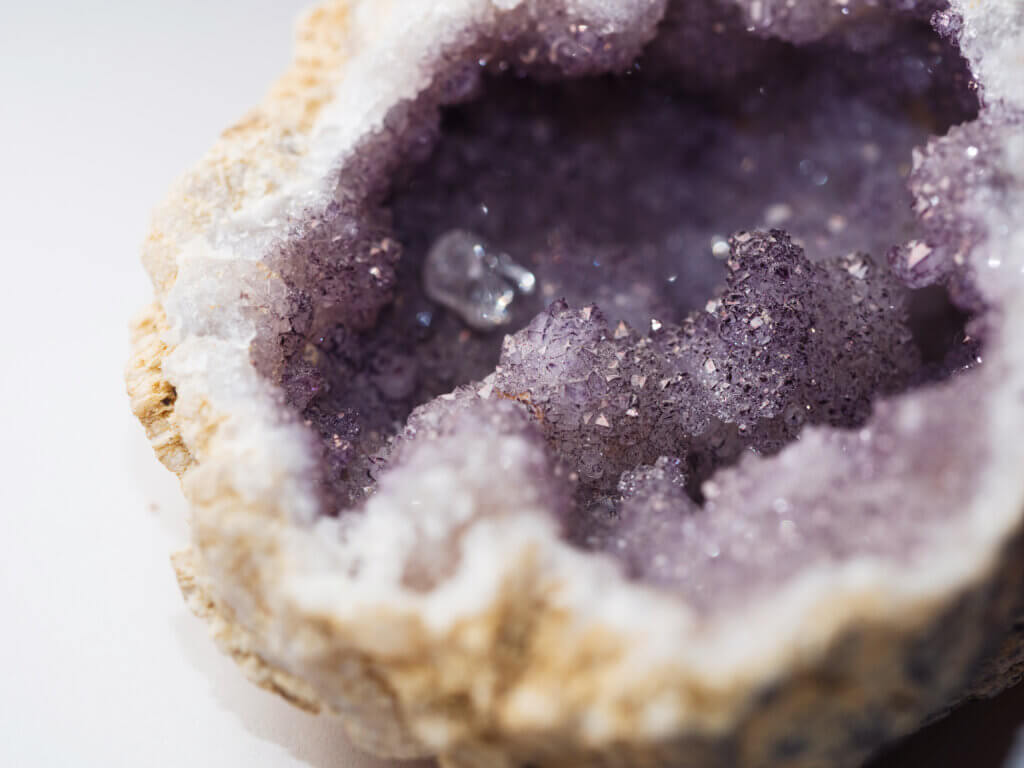 My family and I recently returned from a trip to Washington, D.C. We made much of our time, but part of the joy of discovery was taking extra time when the opportunity arose. We may have missed the National Archives, but we went to the National Gallery twice—and even then just got to enjoy two wings of one building. We learned to savor, deeply, fewer things.

The same was true when we entered the Smithsonian Natural History Museum. With limited time, my daughter made straight for the Hope Diamond—deadly curses and all. But that room led to meteorites from Arizona that you were allowed to touch (or at least I think you were allowed—you were able to touch whether allowed or not). But that room led into another room with a perfect example of quartz polished in a 100-pound sphere, and emeralds the size of large acorns, and pyrite in perfect cubes, and all other manner of crystalline structures.

Some crystals were long and thin, some were solid, some were fuzzy looking, some had highly defined natural edges. There was purple and azure, green and white. Yellow and cobalt, blood-red and pale sea-foam green. Every manner of shape and color imaginable glowed from all the walls and corners of a very large room. Star sapphires, faceted aquamarine, and opals that shimmered and seemed to glow with an internal light. Translucent, opaque, shiny and dull, single-colored and multi-colored.

One of the fascinating parts of the exhibit was the minerals and their geometric patterns. Things such as Andalusite with quartz, muscovite, and biotite or Apatite with microcline. Apophyllite with prehnite looks like a green opaque crystalline structure with perfect white rectangles popping out at hard angles. They have an example of Calcite with duftite that looks like fractals of cubes blooming out from one another. Their specimen of Fluorite with calcite and chalcopyrite has a beautiful pink square coming out of a white background. There was an impressive array of –ites!

Case after case was filled with seemingly endless permutations of gems and minerals. Several displays placed together showed a variety of examples that naturally conform to the platonic solids such as dodecahedrons, octahedrons, etc. At the glass case next to us, a teenage boy was enraptured in telling his mom about Pythagoras’ disciples and the mysteries of the solids with their faces, edges, and vertices that he saw displayed in the minerals before him. We were delighted in his evident joy.

As we continued walking through this priceless collection, my wife leaned over and said, “God made these in secret. Just think how many wonderful things are under the ground that only He knows about.”

I was reminded of the order of the cosmos in even the minutest things, the smallest details, as well as buried in the ground beneath our feet. No detail or atom is too small to be outside the knowledge of God—otherwise He would cease to be God. Even as we delighted in what we were seeing, there are so many more secrets in creation in which only He currently delights because they remain unknown. Natural philosophy and the quadrivium give us tools to explore these secrets, to hopefully uncover knowledge, and to respond in wonder and joy.

“Oh, the depth of the riches and wisdom and knowledge of God” Romans 11:33.

4 Where were you when I laid the foundation of the earth?
Tell me, if you have understanding.
5Who determined its measurements—surely you know!
Or who stretched the line upon it?
6 On what were its bases sunk,
or who laid its cornerstone,
7 when the morning stars sang together
and all the sons of God shouted for joy?