On Living Sacrifices and the Walking Dead

Whatever Paul means by “present your bodies a living sacrifice,” he cannot mean “repay God’s mercy with self-denial.” 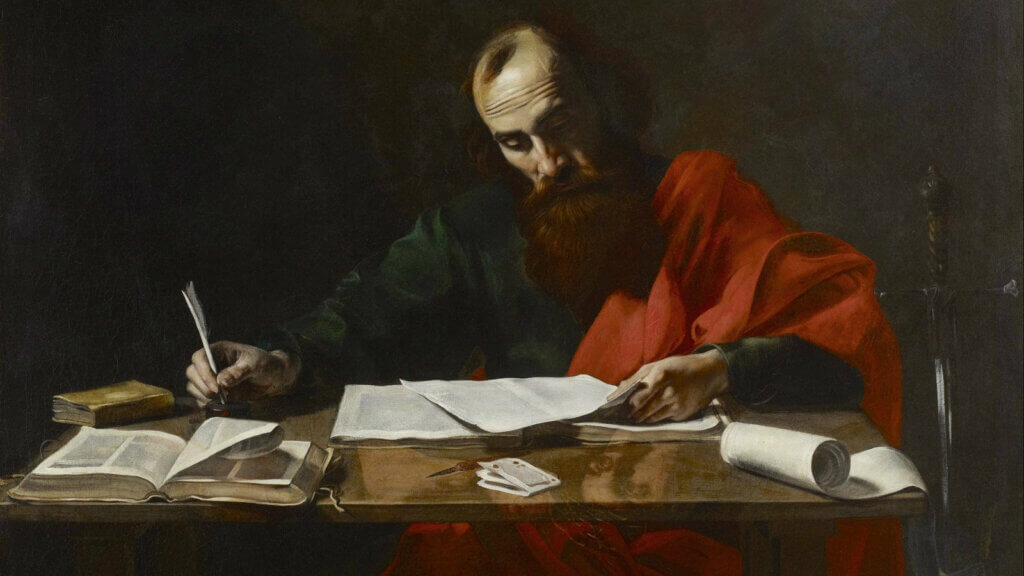 Bible scholars and Sunday School teachers routinely divide Paul’s Epistle to the Romans into two distinct sections: the first 11 chapters, where the apostle explains the gospel in theological terms, and chapters 12 through 16, where he discusses their moral and ethical implications.

The dividing line between these two sections is verse 12:1, which reads, “I beseech you therefore, brethren, by the mercies of God, that ye present your bodies a living sacrifice, holy, acceptable unto God, which is your reasonable service.” (KJV)

You can see the reason for the great divide, can’t you? Paul begins with “therefore,” and then urges us to “present our bodies” – that is, to live our lives in a certain way – in view of the theological case he has just made. He even describes this living as our “reasonable service,” as if to imply that it is the least we can do, given the magnitude of God’s mercy towards us.

A common interpretation of this passage reads the word “sacrifice” as a synonym for “self-denial,” and offers the following paraphrase: “In return for the great gift of salvation that God has given you, I urge you to embark on a lifelong course of asceticism, forsaking sin and denying the urges of the flesh.”

It is no wonder that such interpreters divide the epistle in two, for this reading flatly contradicts the argument of chapters 1 through 11. There, the apostle takes great pains to explain that men cannot perform any action worthy of divine merit. In fact, the defining characteristic of the gospel economy is that merit itself has been excluded. (3:27) The “law of sin and death” – the rule that all behavior earns a just reward – is the very thing from which the gospel sets the Christian free. (8:2) It would be strange indeed, having gone so far to convince us that we are free from such rules, to urge us to follow them again in payment for God’s mercy. The very notion of giving God something in return for His mercy is antithetical to the gospel – it nullifies it, in Paul’s own words (Gal. 2:21)

Whatever Paul means by “present your bodies a living sacrifice,” he cannot mean “repay God’s mercy with self-denial.”

What does it mean, then, to be a “living sacrifice?”

To explain the gospel’s formula for Christian ethics, Paul creates an oxymoron, an intentional joining of contradictory terms. The first term means alive, and the second term means dead. Paul urges us, while we live, to be dead things – as dead as the sacrificial bulls and goats of the Old Testament. These animals, by the way, were not engaged in self-denial; they were killed. Annihilation, not asceticism, is the essence of sacrifice.

I think a useful modern paraphrase of Paul’s exhortation might read as follows: “In view of the fact that God saved you by His mercy while you were still dead, your best bet is to stay dead.” Since Christ’s death has been applied to your account and remains the only meritorious entry there, live from now on in His death. Do not depend on your sufficiency, now that you have been saved, but rather on the insufficiency that made you saveable in the first place. Be, from now on, a walking dead man.

We do not like the idea of death, especially when we talk about Christian ethics, because it smacks of sloth and failure. We therefore substitute the idea of self-denial and make it a virtue to strive for. This lets us be positive and get about doing something to improve our situations.

I think this is why Paul follows up his first exhortation with another: “And be not conformed to this world: but be ye transformed by the renewing of your mind, that ye may prove what is that good, and acceptable, and perfect, will of God.” (12:2)

Do not think about these things the way the world does, he says. The world speaks the language of merit, of doing and earning and repaying, and it knows no other tongue. But Paul urges us to think in the brand-new way that has been opened to us by the death of Jesus, which he has been explaining for eleven chapters: Righteousness is a gift, freely given by God to dead men, who did not deserve it at the time and who can never deserve it later. Instead of a language of merit, Paul says, learn to speak the language of grace. Your undeserving was a prerequisite for God’s saving mercy, and it remains your only qualification.

Here is the offense of the gospel: for, we always want to deserve what we possess. We can swallow justification by faith alone as long as there will be some way to pay it back later. How offensive it is to hear that death – the state of a sacrificial animal – is the only thing that “deserves” mercy! And yet this offense is the essence of Paul’s Epistle to the Romans. Paul’s letter pronounces the death of deserving itself and announces the arrival of a new economy of grace, mercy, and freedom: “For [in the gospel] is the righteousness of God revealed from faith to faith: as it is written, The just shall live by faith.” (1:17)

So, what do we make of the great divide between the two halves of Romans? What is the “therefore” there for, as my Sunday School teacher used to say? What does Christian living actually look like? How should we respond to God’s mercy towards dead men? What are we supposed to do?

Paul’s answer is unnerving: stay dead. Depend every minute on the mercy of God to save you. Despair of your own actions to create any merit whatsoever. Rely upon God’s grace to give you life, and receive His gift of resurrection like the dead man you are. Once you are good and dead, he says, you will know exactly what to do (12:2-8). When the urge to make something of yourself by self-denial and to excel for God’s approval has been truly crucified, you will be free to live freely, and to spread the good news of His love as He created you to do.

Once you are dead, in other words, you will really start to live.