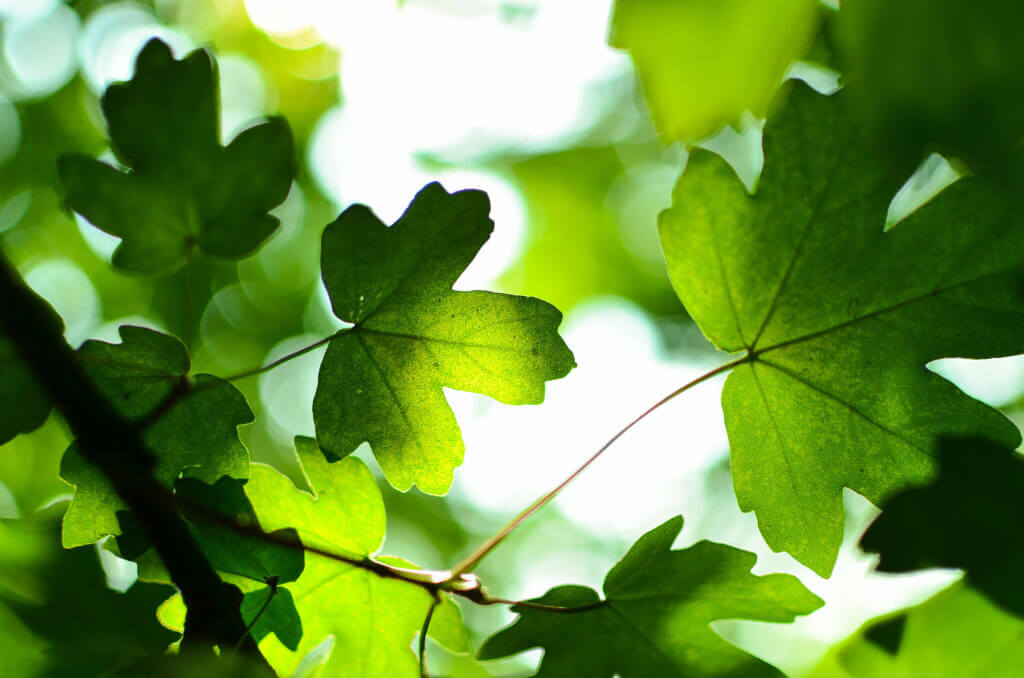 “There was once a little man called Niggle, who had a long journey to make. He did not want to go, indeed the whole idea was distasteful to him; but he could not get out of it. He knew he would have to start some time, but he did not hurry with his preparations”: so begins Tolkien’s short story “Leaf by Niggle.”

Living for years under the looming shadow of his anticipated journey, Niggle struggles to fulfill his obligations—preparing for the journey and responding to the claims of his town, neighbors, and home—while all he really wants to do is paint, for he is “a painter by nature,” though “the sort of painter who can paint leaves better than trees.” At every spare moment, he pours himself into one painting in particular, a painting in which all his intricate leaves are gathered up into one great Tree. But, when finally summoned to depart, Niggle goes with his work unfinished, his bag poorly packed, and himself unwell; he is therefore sent to a Workhouse Infirmary, where, for what feels like centuries, he takes medicine and works at the dull duties of “digging, carpentry, and painting bare boards all one plain colour” while waiting to get better. Later, after a long period of complete rest, he hears two Voices (one “severe,” one “hopeful and sad”) discussing his case and deciding to send him on the next phase of his journey. At this point, Tolkien’s little story becomes mystical and marvelous, for Niggle journeys into the painting he had all his life striven and failed to complete—but that part, the heart of the story, is better read than retold.

The story’s allegorical outlines are clear: Niggle muddles through life, Niggle journeys through death into Purgatory, Niggle is healed and disciplined and brought where the pinnacle of Purgatory brushes the foothills of Paradise. Less predictable is the story’s central concern, a problem felt keenly by anyone who, like Tolkien, labors in artistic creation or other avocation separate from the work by which he earns a living and satisfies his obligations: the problem of how to pursue these separate labors in light of the eternal significance they share.

For many of us, this problem is a daily conundrum. The teacher breaking from paper-grading to tend a garden, the engineer building instruments on weekends, the construction worker teaching a church discipleship group, the accountant memorizing Latin vocabulary at lunch, the stay-at-home mom waiting for naptimes to scribble poetry, the working mom navigating rush hour to reach her baby—how many different particulars play out the same plot? Separate callings, each legitimate, each needing our whole selves, let alone our whole days, to do them justice, are each too often hurried and crammed into odd angles of hours.

In Niggle’s story, as in Tolkien’s life and ours, the problem of vocation and avocation is tangled in the problem of time. Perhaps, if life had no end, if one literally had all the time in the world, then he could do justice to both his vocational and avocational labors. Yet even then, each minute of time would have to be allocated to one or the other; the vocational responsibilities might always seem more pressing; and perhaps even eternal life would only prolong forever a problem that arises not from the amount of time we have to work in, but from the way we work in it.

Like the Gordian knot, the tangle could be untwisted by cutting part of it out: one’s avocation could be dismissed as superfluous, irresponsible, selfish. But the climax of Tolkien’s tale affirms that, though completion of our duties contributes to eternal wellbeing, the fruits of our avocations might yield the greater eternal harvest. Niggle “took a great deal of pains with leaves, just for their own sake,” and his painting becomes a means of healing others’ souls. Hobbies, side jobs, dabblings—whatever we call them—often represent our most self-forgetting, joy-sprung, love-formed labors; they most resemble God’s free creation of the world; they bring most life to ours and others’ souls.

No: the problem with Niggle is not that he paints, but that he has bad timing. Like the person whose clapping is ever out of time time with the music, Niggle’s labor in both his vocation and avocation is continually off-beat with the rhythm his heart knows it should keep. When the two Voices begin their discussion, the soft Voice says that “His heart was in the right place”—to which the severe Voice responds, “Yes, but it did not function properly . . . Look at the time he wasted!” The burden of the case against Niggle is that he did not give sufficient time to “things ordered by the law,” whether keeping his house in order or assisting his neighbors with theirs, and that he did not prepare well for his journey; time that should have gone first to these was instead spent painting, visiting, or even just being idle.

So it is that his treatment in the Infirmary does not at all address Niggle’s sense of right and wrong, his desires and affections—his heart, after all, is in the right place. Instead, his treatment is tailored to reform his ability to keep time, and it progresses through several stages.

Initially, Niggle must “work hard, at stated hours,” alternately with being “kept in the dark for hours at a stretch,” until he “lost count of time.” Having mismanaged time all his life, Niggle’s treatment begins by taking away the privilege of managing time for himself. He must work and rest at someone else’s discretion, for longer periods than his own undisciplined habits could sustain, until his former sense of time is lost.

Then, and only then, is Niggle allowed to organize some time for himself again—and now with a focus, an urgency, and a realism that he has never had before. He “planned [his jobs] out, thinking how quickly” he could accomplish them; and he is able to plan ahead because he has gained the skill of “tak[ing] up a task the moment one bell rang, and lay[ing] it aside promptly the moment the next one went.” He “got through quite a lot in a day now; he finished small things off neatly.” The success of Niggle’s treatment is described in these words:

“He had no ‘time of his own’ (except alone in his bed-cell), and yet he was becoming master of his time; he began to know just what he could do with it. There was no sense of rush. He was quieter inside now, and at resting-time he could really rest.”

To outgrow the need for time of our own, which is usually a name for idleness; to know just what we can do with time; to have no sense of rush, and at the right time to be able to rest—this indeed describes a mastery of time that we all long for, and that could conceivably resolve the problem of conflicting callings by giving us the skill of keeping our labor in time with our duties.

As it’s discussed in our homes, churches, and classical Christian schools, “growth in wisdom and virtue” generally means the replacing of our foolish, vicious impulses with wise, virtuous ones. Recent conversation on the subject emphasizes moral formation as a transformation of desire, a recasting of the heart; and, since human beings are directed by desire, moral formation should flow naturally into moral action. Right living should be the natural consequent of right loving.

But what if it isn’t? Are there people like Niggle whose hearts are more or less “in the right place” of loving virtue, but who nevertheless struggle to embody virtue’s fullness? People who do not commit grave sins, but who leave undone many good deeds?

Tolkien’s tale affirms that there are such people, and in light of their plight, suggests that moral formation requires more than the transformation of desire; it needs also the discipline of the will to master time. Virtue is a kind of keeping time with the music of goodness, and when time is kept, the two melodies of vocation and avocation—jarring if miscounted—can blend in harmony.

Plainly narrated and clearly allegorical, “Leaf by Niggle” is easy to read quickly but worth remembering long; its weight comes not in beauty of language or intricacy of plot, but in the symbols and suggestions offered for memory to overlay upon our own experiences. It is a story imagining the afterlife, and like all such tales, it explicates the Apostle Paul’s pronouncement that “every one [must] receive the things done in his body, according to that he hath done, whether it be good or bad” (2 Corinthians 5:10). By describing what shall become of us after life, it forces a reckoning of what we are doing in life. And though, without a stint in Niggle’s Infirmary, mastering time may remain an elusive goal, merely recognizing it as integral to virtue might help us greatly as we prepare for our own Journey.