The Kind Of Test They Will Ask For Again 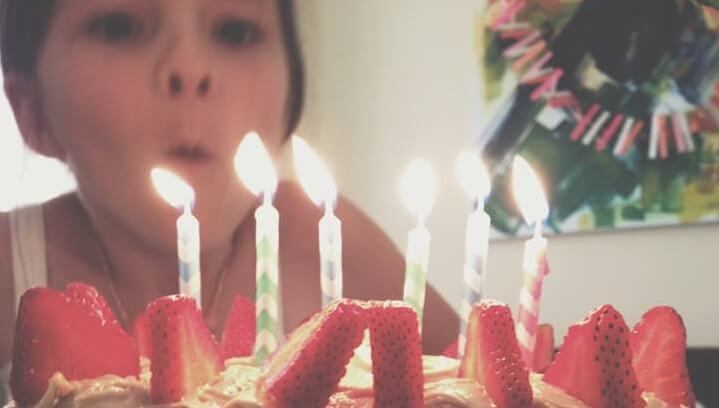 When God tests us, He teaches us. God’s tests are not merely sporadic divine inquiries about whether we’ve been paying attention in Church. When God tests us, we become strong like Job or weak like Judas. When God tests us, He does not merely draw out what is already present. He forms us. God’s tests are never boring. There’s even something interesting about a long, boring weekend when it is acknowledged to be a trial. Many trials are difficult, like Lent or the duration of a wedding engagement, yet even in those trials God is peeling back layers of indifference and sloth that we might be purified.

Teachers are often tempted to test in ways that are foreign to God. Humanities teachers want to dig deeply into great books, but our tests often do little more than reference how deeply we got in conversation rather than using the test as a chance to get deeper still. A regurgitation of a great conversation is still a regurgitation. But there are ways of testing that have the dangerous, delicious spark of discovery typically found in conversations where hearts are inclined toward one another.

The mark of a great book is that it can be read over and over again. The mark of a great test is that it can be taken over and over again. This year, try writing a test that can be given every week you’re covering a book, but which will yield different results each time. Granted, from time to time you’ve got to ask something like, “Summarize Augustine’s views on Christian burial in Book I,” and granted, that answer will probably vary none too much the longer you read (or it might, I’ve never tried re-asking it). But sometimes you need a stumper, a chin-stroker, a riddle. Sometimes you need to ask everyone to do a very, very, very close read.

My suggestion: one question per word.

Choose a short but dense passage from a book you’re reading. Count the words. Tell the students they need to write a series of questions about that passage, and for every word in the passage, they need to come up with one question. I would advise choosing a passage that can be read in about ten to twenty seconds. That way, the student can reread it fifty times in the course of the test hour and have plenty of time to write, as well.

This assignment is very hard at first, but gets easier and more productive the longer you work at it. It is best to start off slow, asking basic informational questions. After about 10 to 15 questions, however, students will begin intuitively questioning not the text, but their own questions, and then returning to question the text in ways which were previously inaccessible. If they are writing more than 30 or 40 questions, when you grade the assignment you’ll find little trains of thought, runs of intellectual notes, poetic sequences of inquiry. You’ll find points where students are reaching, returning to the text, returning to their earlier questions and looking for signs of their own weakness, then plunging deeper.

In the course of doing this assignment (and I would advise, at least once, making it a full blown test score), students will learn the value of rereading. They might also gain a sense of wonder at just how versatile and plastic language is, how far down words go, how infinitely divisible meaning is, given that the infinite God is Word. On top of this, it’s not really a test there’s any point studying over, and you can even send them home with the test. It’s pretty hard to look up the answers on Google.

What’ll really wow them is when, two or three quarters into the school year, they realize that they could simply go on questioning a passage forever. No guarantees, but I’m wagering such students are far more likely to be life long learners. There’s something rather arbitrary about claiming to be done with a book, or a grade level for that matter.

Before asking them to do this, though, show them. Put a copy of the kind of questions you’re looking for in their hands.

Here’s an example I wrote:

Jane is hotly in love with Mr. Rochester, but finds moments before they are to wed that her husband-to-be is already married to a woman who went insane years and years ago. Rochester tends to this woman, but they do not exactly live as husband and wife. When Jane finds he is married, she knows she must quit Rochester. He tries to persuade Jane to become his mistress, though, arguing that he is not truly married to his first wife. A long debate ensues wherein Rochester tries to convince Jane there would be nothing sinful in her becoming his mistress.

If Jane leaves Rochester, she has nowhere to go. She will be destitute. If Rochester is not there to care for her, who will care for her? While thinking through this question, Jane responds:

“I care for myself. The more solitary, the more friendless, the more unsustained I am, the more I will respect myself. I will keep the law given by God; sanctioned by man. I will hold to the principles received by me when I was sane, and not mad— as I am now.”

-From Chapter 27 of Jane Eyre

The passage is 52 words long. Here’s 52 questions about it:

1. Is it selfish or proud for Jane to care for herself?

2. Would she not be better off caring for someone else as opposed to caring about herself?

4. Why will Jane respect herself more if she goes solitary, friendless and unsustained?

5. Is there an historical precedent for righteousness growing out of solitary friendlessness?

6. Is the monastic life righteous on account of its solitude?

8. Does Jane’s desire for solitude and friendlessness seem monastic in nature?

9. What does Jane have in common with notable monks, like St. Francis or St. Anthony of Egypt?

12. In what ways has Bronte drawn Rochester to resemble “the world”?

15. What laws of God have been “sanctioned by man”?

16. Sanctions are threats of penalty for breaking the law, so what penalty awaits Jane if she does as Rochester asks?

17. Is she resisting Rochester simply because she fears the penalty of the law?

18. What words and deeds typify a person who cares only that they not get caught?

19. Do Jane’s actions depend entirely on her fear of God? Do the penalties enforced by man for breaking God’s law merely help her to remember God’s law?

20. Does Jane have motivations for quitting Rochester which she is unwilling to admit?

21. Has she told her readers all that she thinks and feels about Rochester, or is she holding back?

23. From a certain standpoint, she seems to be thinking quite clearly. This desire to live according to the law of God… how is this madness?

25. Do we find examples in Scripture of persons torn between warring identities?

27. Is Jane simply trying to do what she wants to do (flee) and not what she hates (violate God’s commands)?

28. Or is it that Jane’s flesh is warring against her spirit?

30. Does Jane hate the idea of going destitute, but do it for the sake of God?

31. Did St. Paul intend this ambiguity in his famous maxim?

32. Can the maxim be read two in two completely opposite senses?

33. If Jane is able to view herself objectively and see herself as “mad,” where does she stand in order to do so?

35. Is Jane actually declaring herself mad, or has some voice other than her own lent her this knowledge?

36. Has God lent her this knowledge?

37. Is the Holy Spirit speaking through Jane to Jane?

38. Is this something like what Christ refers to when He says, “…you will be given what to say, for it will not be you speaking, but the Spirit of your Father speaking through you.”

39. Jane is concerned about “caring” for herself and “respecting” herself: is this the same thing as loving herself?

41. Is she mad with love for Rochester?

42. Love is the greatest virtue, so how can it lead it madness?

44. What in the text suggests she merely lusts after him?

45. Are her feelings toward Rochester at the end of the book different than her feelings for him in chapter 27? Does she behave differently toward him in the end? Merely speak of him differently? Both? Neither?

46. Can Rochester see the struggle which is going on within Jane?

47. Does he understand that her flesh is warring against her spirit, or does he mistake her wavering for some other material concern? Mere trepidation, the inexperience of youth or fear of what is unknown or uncommon?

48. Why does Jane want to hold to the principles she received?

49. Why does she not question the authenticity of those principles?

50. What within her own behavior tips Jane off to the fact that she is mad?

51. What kind of habits of mind can a person cultivate so that they will know when they are being tempted towards madness?

52. Does this scene reference another classical temptation scene?