Keeping The Statue To The Unknown God. 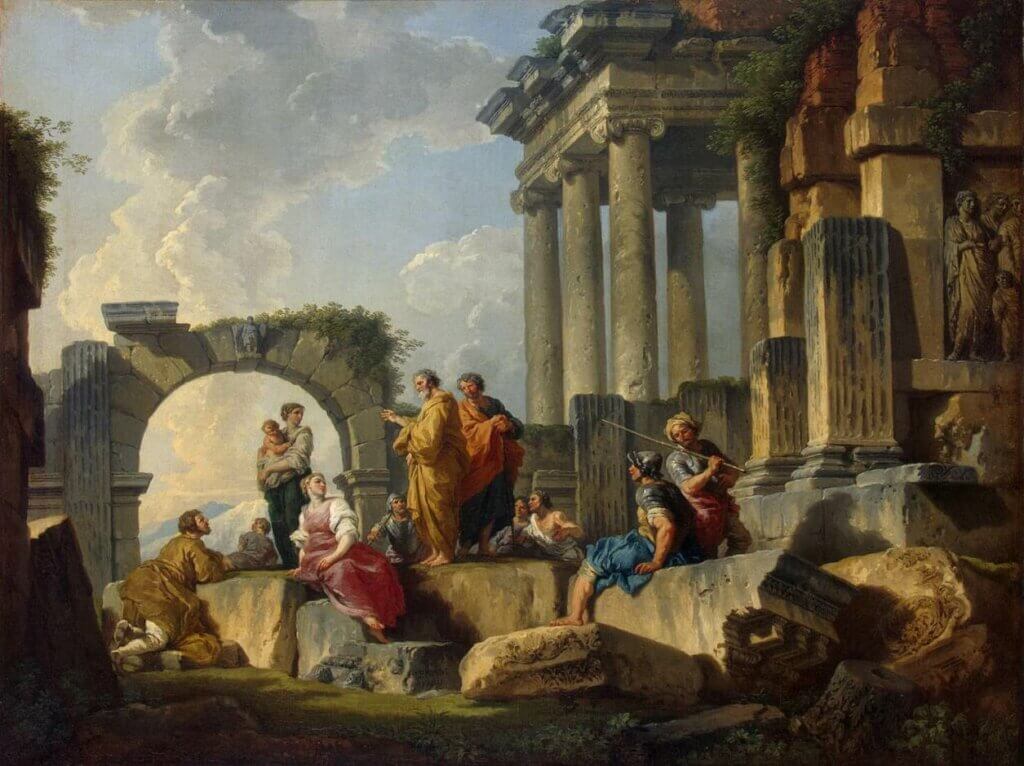 In Acts 17:23, Paul says to the philosophers: “For while I was passing through and examining the objects of your worship, I also found an altar with this inscription, ‘TO AN UNKNOWN GOD.’ Therefore what you worship in ignorance, this I proclaim to you.

Without a little context, a few practical questions might arise over Paul’s evangelistic strategy. If Paul has given the Athenians a name for their altar to the unknown god, and that name is Jesus, will the Athenians not simply need another statue to another unknown god? We can imagine a long line of statues, all in a row, one to Jupiter, one to Apollo, one to Mars, one to Venus, and a faceless, nameless one at the end which says, “To the unknown God.” Every month or so, the name is filled in on the placard, a face is carved into the block of stone, and somebody drags another blank statue out from a warehouse, sets it up next to the last one.

Yet, Paul does not preach the previously unknown God, but the unknown God. In a certain sense, a God unknown by St Paul himself. Even after St. Paul makes known the God who He worships, His God is yet unknown. And unknowable. In worshipping the unknown God, Paul does not accuse the Athenians of being foolish because the invisible attributes of God are known to all. Rather, he alleges that the Athenians have actually “worshipped the One, without knowing.”

This passage has been a favorite of Christian theologians, from the second century bishop Clement of Alexandria, to the great 20th century Lutheran Adolf von Harnack, who referred to verse 23 as “the most wonderful passage in the book of Acts… full of truth.”

So what’s going on here?

Mars Hill was a melting pot of ideas. While there were certainly dozens of philosophies represented in those milling around, St. Luke specifically mentions the Stoics and Epicureans in verse 8. The great 7th century monk, the Venerable Bede, suggests these two philosophies are singled out because they represent the entire breadth of pagan philosophy. The Epicureans located human happiness only in the pleasures of the body and the Stoics only in the virtue of the soul, but “the apostle condemns them both, because just as man consists of soul and body, so happiness must be found in both.”

These two groups might represent the breath of pagan theology, as well. Pagan polytheists worshipped their gods for the safety and wealth the gods provided. Pagan philosophers were monotheists, though, and worshipped not a divine person, but the divine nature. The pagan doctrine of the divine nature was most famously put forward by Plato, who rejected the notion of personalitied gods and insisted on an infinite, perfect, perfectly unified, simple, unchangeable, yet impersonal Goodness.

Further, Plato rejected the idea that this perfect goodness could ever become flesh; in taking on flesh, or any tangible substance, the divine nature would change, become subject to time and corruption.

St Paul teaches the divine nature in words he borrows (he is haunted by the sermon for the rest of his life) from St Stephen’s martyrdom sermon. Our God does not dwell in temples made with hands, nor is He worshipped by men’s hands as though He needed anything. And why does He not dwell in temples made with hands? Because the infinite, triune God is, at all times and in places, filling all things. He does not dwell in temples because He is not located anywhere. To suggest that God is in one place is to suggest He is not in another. All existence is borrowed from God, all being is borrowed from and shared with God; our God is “unknown” because we cannot step outside of existence to look at Him Who is pure existence. If we stepped outside of existence, we would cease to exist and could not see God. There is no place where man can stand such that he can view the whole of the divine nature. In this way, God is unapproachable (dwelling in “unapproachable light”), even while He is everywhere present. In this way, God was then, is now, and will always be “unknown” inasmuch as He uncircumscribable.

At the same time, God fills all things and makes Himself known in His creation. St. Paul teaches the apex and telos of all creation, the Incarnation. God does not dwell in temples made with hands, and yet, paradoxically, we read that He dwells between the wings of the cherubim in the Holy of Holies. While God is not a man that He should change, He is Jesus Christ, who grew from a child to a man and knew real hunger, real suffering, real sorrow, real death, real joy and sublime elation. The God whom St Paul preaches has both personhood, as the polytheists believed, and is yet unknowable, as the philosophers believed. Jesus Christ is not only the desire of the Jews, but the “desire of nations,” which means He is that Man whom all men long for, whether they are Jewish, atheist, polytheist, pantheist or otherwise.