It Will Not Be So in the Resurrection 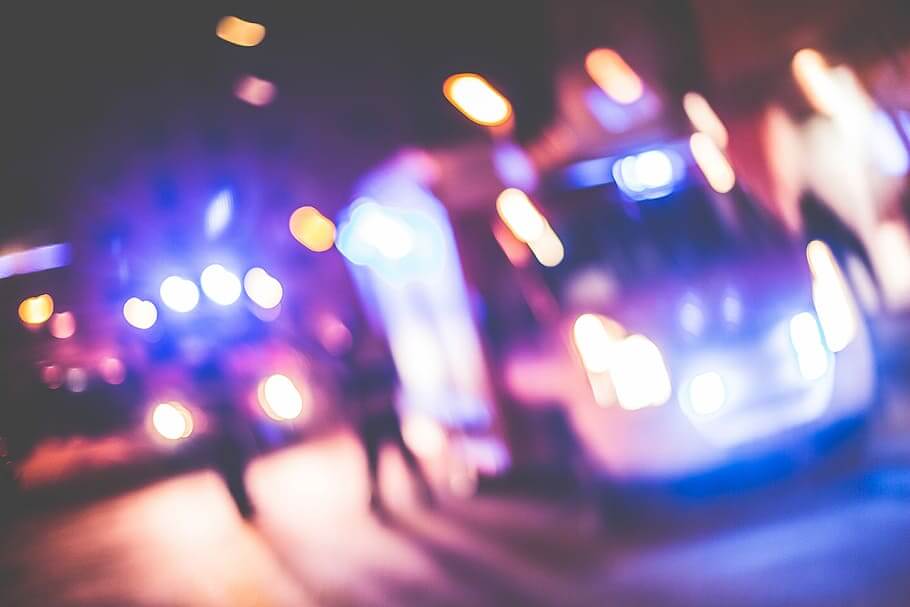 “It will not be so in the Resurrection,” I told myself as I walked through the parking lot. I climbed into my truck, started the engine, and began the short drive home, repeating the words and trying to adjust my mind to return to my family – back to scenes of rest, laughter, and playing.

It was a beautiful Sunday and we had just returned home from church. Our dog, Ajax, needed to go out as soon as we got home, so I hadn’t bothered to take off my clerical collar before walking him outside. Within a few steps, my watch alerted me that our fire department had been dispatched to a cardiac arrest call at a hotel in town. I work with EMS, but also volunteer for our fire department. After checking the address, I called to my wife, handed off the dog, grabbed my radio, and drove away.

When I arrived on scene, I parked my truck, grabbed gloves from my medical bag, and walked towards the front door. A fire engine, a squad truck, and a smattering of personal vehicles carrying volunteers already dotted the parking lot. The ambulance arrived as I neared the door, so I stopped to help with the stretcher, bag, and cardiac monitor. An obviously panicked front desk attendant greeted us and pointed us to the room where a middle-aged woman had been found unresponsive.

A cardiac arrest scene is strange structured chaos, with firefighters, EMTs, paramedics, and police officers all playing different roles. I alternated between rounds of 200 chest compressions, finding and counting medications, and retrieving supplies from the ambulance. For the better part of an hour, we worked to save the life of a woman who had apparently tried to end it.

I typically have time to “change hats” between my pastoral work and my work as an EMT. Most of my EMS shifts are scheduled well ahead of time, and as a volunteer, my radio can be turned on and off when needed. This day was different. A police officer commented on my “church shoes,” my clergy shirt was marked with sweat. I had performed roughly 1000 chest compressions on this exposed stranger when I looked down to see my collar tab sticking out from my shirt pocket. I have always believed the two worlds meshed well, but in that moment, it felt more like a head-on collision.

“Time of death – 2:14 p.m.” Being present when someone is officially pronounced dead is difficult to describe. In that moment, I was more keenly aware of what an intruder death is – what an enemy. He robs, steals, destroys, and does so with what feels like insurmountable finality. Man was not created to die. We were made in the image of God, and thus made for eternity. It is right that we hate, resist, and fight against death, because he has no right to be here. This tragic scene is not how it is supposed to be, and one day it will happen no more.

Yet there he was, and in that moment, with hands sweating inside my gloves, clerical color rising from my shirt pocket, I found myself groaning inside along with the rest of creation…

“For I consider that the sufferings of this present time are not worth comparing with the glory that is to be revealed to us. For the creation waits with eager longing for the revealing of the sons of God. For the creation was subjected to futility, not willingly, but because of him who subjected it, in hope that the creation itself will be set free from its bondage to corruption and obtain the freedom of the glory of the children of God. For we know that the whole creation has been groaning together in the pains of childbirth until now. And not only the creation, but we ourselves, who have the firstfruits of the Spirit, groan inwardly as we wait eagerly for adoption as sons, the redemption of our bodies. For in this hope we were saved. Now hope that is seen is not hope. For who hopes for what he sees? But if we hope for what we do not see, we wait for it with patience” (Romans 8:18-25).

In the meantime, I walk from scenes of death and remind myself of the truth: “It will not be so in the Resurrection.” Because of the One who suffered in our place, died to conquer death, descended into hell to proclaim His victory over it, and ascended into heaven to intercede for us, we have hope. And “in this hope we are saved.”