Hunting Wisdom in the Culture of Cliché 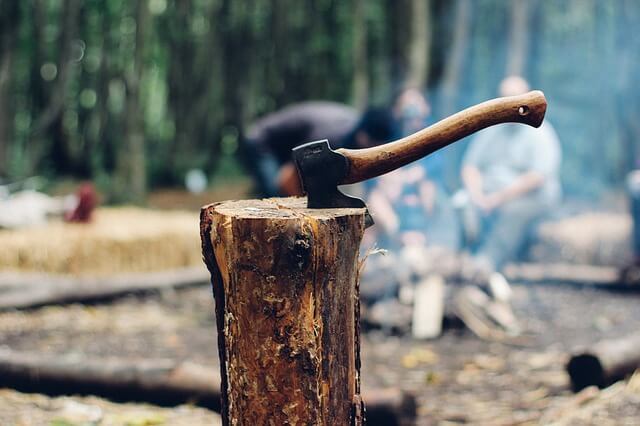 It is a mark of education to abhor the cliché. The educated person, the cultured person, feels repulsed by the outworn attempts at expression that pervade kitschy art, radio hits, social exchanges, and campaign-trail patriotism. These all bear witness to George Orwell’s claim in “Politics and the English Language” that “Modern writing at its worst . . . consists in gumming together long strips of words which have already been set in order by someone else, and making the results presentable by sheer humbug.” (Take, for instance, my husband’s parody of workplace emails: I just wanted to reach out to follow up and touch base to be sure we’re on the same page before moving forward.) But this humbug is more than humorous: it is sinister, and the educated person fears it because of its overwhelming effectiveness in killing thought. Orwell again: “[Language] becomes ugly and inaccurate because our thoughts are foolish, but the slovenliness of our language makes it easier for us to have foolish thoughts.”

However, the educated person’s scorn for the cliché can quickly land him in a slough of absolute cynicism because of the cliché’s inevitable ubiquity. By definition, the cliché includes any expression used so often that we understand what it communicates without having to decode its individual parts (for instance, when you hear “Henry has an axe to grind,” you probably understand that Henry wants to debate a pet controversy, while the image of a wood axe and grindstone probably does not even occur to you)—but this definition describes the bulk of day-to-day human communication. “How are you?” “Doing well!” “What’s up?” “Not much”: polite conversation and manners are a kind of cliché. So are creeds and form prayers. So are the special vocabularies of a school, a workplace, a sports team, a region, a denomination. At home, at work, among friends, or in church, cliché seems an irreducible component of ordinary life, the gears by which a great machine turns.

To eradicate all cliché would be to jar the huge wheel out of its smooth turning. Educated cynics suspect that all uses of these stock phrases are empty of thought; like a college professor whom I admired, they feel a burden to respond to every “How are you?” with a seven-seconds’ pause and measured reply. But imagine the strain, the impossibility, of trying to invent a unique response to every “How are you?”, a unique phrase for each circumstance needing “I’m sorry” or “I love you” or “You have my sympathy”, a unique creed for every Christian. In this latter case particularly, pursuing freshness of expression would be wrong. A creed is not meant to express individual or innovative understanding and belief, but to give voice to communal, traditional understanding and belief. It is not expression but identification, not communication but communion.

And so the educated person must reassess, or risk the irony of his scorn of clichés becoming yet one more: the cliché of overeducated cynicism. Without denying Orwell’s point, could there still be an acceptable place for the cliché? Not in things meant to present and provoke fresh thought, but in circumstances that call for identification and communion? In circumstances when the rhythm of exchange, and not the reasoning of language, bears more weight?

Or, accepting that cliché is inevitable, but still suspecting its slovenliness, could educated people find ways to rehabilitate it? I have appreciated this approach in two recent writers known especially for overturning assumptions: Annie Dillard and David Foster Wallace. In different ways, they each subvert the subversion that the cliché tends towards, showing us how to be thoughtful about what is habitually, but not necessarily, thoughtless.

Annie Dillard revives clichés by actually contemplating the metaphor that first formed them, and then drawing it out in a new direction. In “Living Like Weasels,” for instance, she says of first spotting a weasel beneath the log where she sat that “Our eyes locked, and someone threw away the key.” Expressing how she wishes she had caught the weasel and learned more of his wisdom before he vanished, she says she should have “held on for a dearer life.” These phrases arrest attention precisely because they are clichés and we expect them to resolve a certain way, until Dillard reroutes them into epiphany. Could this be a pattern, not only for language, but for life? Can we somehow employ the social conventions and convictions that turn our days with a freshness borne out of a deeper consideration of and respect for them?

Or can we, in simplicity of heart, just unreservedly mean what a cliché so simplistically communicates? David Foster Wallace, in “How Tracy Austin Broke My Heart,” gestures toward some such phenomenon, though he doesn’t know whether to attribute it to “an idiot or a mystic or both and/or neither.” In his essay, which reviews child tennis prodigy Tracy Austin’s sports memoir, he tries to reconcile the sublimity of her career with the banality of her retelling of it. Cliché is what, paradoxically, he believes must tie them together. Cliché ruins the narrative as narrative, for Austin recounts all the drama of an unparalleled experience with the pat phrases of the sportscaster. As Foster Wallace says, “The book is inanimate because . . . Every emotionally significant moment or event or development gets conveyed in either computeresque staccato or else a prepackaged-PR-speak whose whole function is (think about it) to deaden feeling.” By way of example, he offers, “[L]isten again to her report of how winning her first US Open felt: ‘I immediately knew what I had done, which was to win the US Open, and I was thrilled.’”

And yet, by the end of the essay, Foster Wallace suggests that Austin’s inability to think beyond cliché is precisely the substance of her genius—or of genius itself. In his words, “How can great athletes . . . at the critical moment . . . invoke for themselves a cliché as trite as ‘One ball at a time’ or ‘Gotta concentrate here,’ and mean it, and then do it? Maybe it’s because, for top athletes, clichés present themselves not as trite but simply as true, or perhaps not even as declarative expressions with qualities like depth or triteness or falsehood or truth but as simple imperatives that are either useful or not and, if useful, to be invoked and obeyed and that’s all there is to it.” He wonders whether this attitude is “stupid or shallow,” or “somehow natively wise and profound, enlightened in the childlike way some saints and monks are enlightened,” almost reminiscent of a famous line of Christian philosopher Soren Kierkegaard: “Purity of heart is to will one thing.”

Slovenly thought and foolish language ought, indeed, to be run from. But the surest way is not the path of the cynic; it is, rather, the path of the artist, the patient, humble attention that sees even in the cliché a source of contemplation and re-creation.