How, For A Time, Prosperity Ruined Me 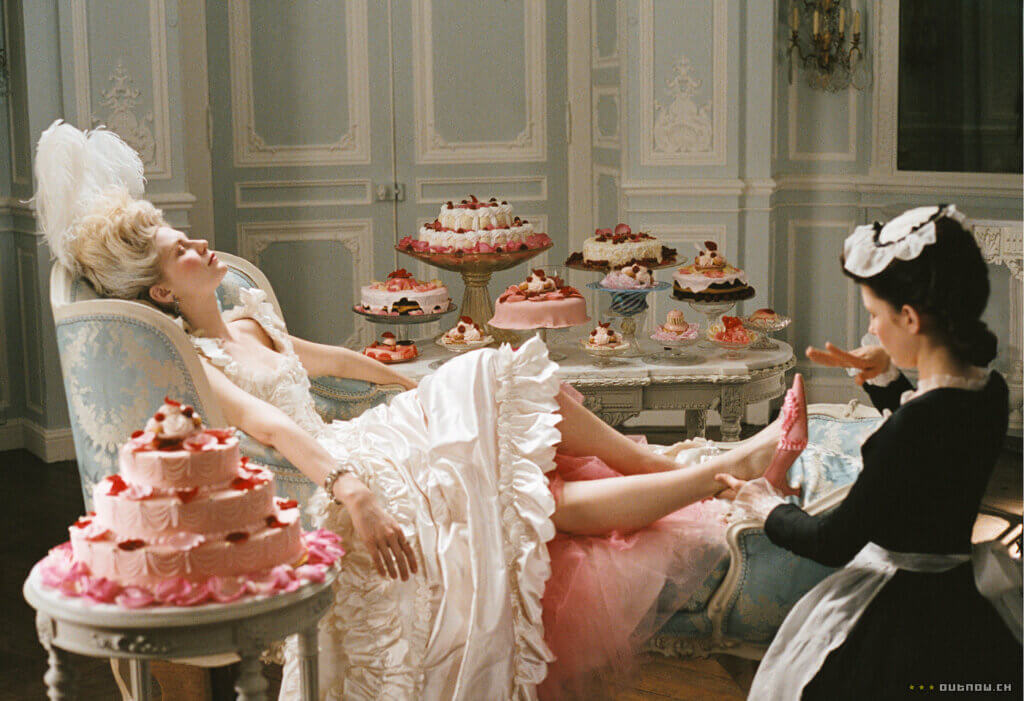 “Prosperity depraved you; and adversity could not reform you.”
St. Augustine, City of God, I.34

Around ten years ago, while standing in a Los Angeles shopping mall, I suddenly asked myself the following question: Can I buy cheap used books and resell them at a higher price? I was on holiday, a time when little flights of fancy come often, and so perhaps you think very little of the question. The world is full of cheap used books, you think, and anyone with the time and wherewithal can buy a book at one price and sell it at a better price. And yet, the apparently benign question I asked myself while a thousand miles from home came, over the next 18 months, to rule over me.

In 2006, I lived in Moscow, Idaho, formerly the location of a Hastings Entertainment store (the stores shuttered their doors forever last December). For those who never went, Hastings was a big box store, like Best Buy, which sold movies, CDs, video games, and books. When the store first opened in the late 90s, Hastings also bought and sold used CDs for about half the price of new CDs, if not less. I spent all my money at Hastings, and when I say “all my money,” I do not mean “most of it” or “a lot of it.” On many occasions, I cashed a $120 paycheck from Safeway (where I stocked the dairy aisle), drove to Hastings and walked out with $120 worth of CDs. Popular culture was my god, and I gave to her like the pious widow whom Christ exonerates: not from my wealth, but from my poverty. Here is the young Joshua Gibbs collecting his loose change that he might buy a used copy of the Jackie Bown soundtrack for $5.99. There is the young Joshua Gibbs spending his lunch money on a copy of Q Magazine. If it turns out Mick Jagger is actually god, I will have a deluxe spot awaiting me in Glory.

In 2006, Hastings began buying and selling used books, in addition to used CDs. I thought little of it at the time, though on a few occasions I took literature I bought for college to Hastings after the semester ended. I might pay $24 for a new collection of Grace Paley short stories, and while I could only get $7.79 in credit at Hastings for it, a terrible return, it was better than nothing, given I would never touch the book again. However, I will here return to my epiphany. What if books could be acquired cheaply and resold at a higher price?

Several days after I returned to Moscow from LA, I recalled my plan and drove to Goodwill where I spent $5 on two hardback books and two paperbacks. I might have spent more, but I was somewhat skeptical my plan would work, given how simple it was. The Goodwill was less than a two minute drive from the Hastings store, after all. Having paid for the books, I drove half a mile to Hastings, presented the books to the Hastings buyback desk, and was told, after a moment:

Obviously, I agreed. I agreed to it really before I had sorted out in my own mind whether what I had done was right or wrong, or even if it was legal. The profit had come with such immediacy, and with such ease, I later spent a solid hour replaying the scenario in my head to figure out if I was breaking any laws. I wasn’t.

Over the next two years, I spent around $800 acquiring used books. I exchanged those books for around $10,000 in credit at Hastings.

Before I go on, it will be helpful to depart this scene for a moment and return to my earliest adolescence, when I received a $10 weekly allowance. This was 1995, the era of CD price-gouging, wherein I had to save my entire allowance for two weeks if I wanted buy a single new CD. During my freshman and sophomore years of high school, I listened to the radio obsessively and might only afford a new CD every month. Before spending my precious mammon, I was consumed with the question of what I should buy: Urban Hymns by The Verve, or Blur’s Modern Life is Rubbish? Whatever I picked, I was stuck with for the next month, and if it wasn’t any good, I would have to learn to like it anyway. What if only the singles were good? What if the rest of the record was awful? When I bought a new CD, I learned it left, right, front, back, and center. I came to know all the lyrics, accidentally memorized the tracklist, read and reread the liner notes a hundred times. The CDs might as well have been coming to me in solitary confinement. This was my youth, though.

After accepting $27 in credit for $5 in books, I learned to find cheap or free used books everywhere. I bought most of them at Goodwill, but professors at public universities also dumped old books they no longer wanted in certain places, places I slowly discovered, catalogued and regularly checked. Twice a week, I carried a liquor store box full of books into Hastings, and always walked away with seventy or eighty dollars in credit. With the credit, I bought everything I had always wanted. Every David Bowie album. Everything by The Smiths, The Cure, The Jesus & Mary Chain. After scoring three hundred dollars in credit off a mere six dollars spent at a Friends of the Library book sale, CDs began to lose their value. The value of money itself was unmoored, vaporous.

Having cleared everything out of the Hastings store I wanted, I went to work on the Hastings website, and a handful of CDs began arriving at my house in the mail every day. Every night, I spent hours shopping. I ran out of things I wanted and started ordering things I had never heard of.
In the midst of all this, I more or less quit listening to music.

I did not have time to listen to music. Every week, thirty new CDs came through my front door, and I had no time to listen to them all. Music became obnoxious to me. I ordered something new, but when I played it, I ended up scrolling through the album, playing the first five seconds of a song to see if it would immediately grab me, and when it didn’t, I moved on to the next song. I spent so much time testing new CDs I received, I didn’t have time to listen to music I actually liked. My criteria for acquiring new things fell apart. If something was vaguely attractive, if I read one positive review, I had to have it. I lost an ability to be satisfied by music. Instead, I simply wanted it. Once I had it, it ceased to serve a purpose, for it could no longer be wanted. I ordered a thing, anxiously waited for it to arrive, opened it, but then set it aside.

There is an old Irish proverb I often quote to my students: One drink is just right, two is too many, three is too few. One drink is just right because it satisfies man’s desire for drink. There is a time for drinking, and one drink corresponds to just such a time. One drink is good insofar as it appeals to the imagination of a man, his recognition that the world is good, the sense a man has that he is connected to the earth, made of earth, and that as things of the earth come into his body, he is communed, completed. The second drink is “too many”, though, for it begins to lay aside the spiritual, imaginative aspect of a man and appeal purely to his body. The second drink does not satisfy a man’s want for experience, but gratification. The time for drink has come and gone, but the man insists it is time for drink again, thus robbing himself of the time for other things. The third drink is “too few” merely because the man realizes there will always be empty space in his stomach. The third drink signals the subjection of the soul to the body, the realization that the soul can be used as fuel to inflame the body; if a man is willing to break off a piece of his soul and pitch it into the fire of passion, his body will enjoy a sudden, intoxicating burst of warmth. But a man can slowly fritter away his soul, drink by drink, CD by CD, hour after hour spent playing Halo. A man can run out of soul, and no longer care about the things of the soul, but no longer have any soul to burn for pleasure, either. When this happens, he no longer wants spiritual things, and he is no longer satisfied by sensual things, for satisfaction is experienced in the soul (he no longer has).

Or think of it this way: the soul is like a little bucket. It quickly fills up with pleasure, and when it is full, it is satisfied. However, sin punctures a hole in the bottom of the little bucket, so that pleasure drains out more quickly, and more pleasure can be poured on top. The more sin, the more holes, the briefer the time the soul is satisfied, the briefer the interstices between the addition of new pleasure. The man given over to vice has simply destroyed the bucket. Pleasure flows like a river into the man, but he feels nothing. The world ceases to make sense to such a man. The world has nothing to do with him.

In the end, I took a new job away from Moscow, and my little scheme was torn from my hands. For months before the move, I contemplated saving up mounds and mounds of credit which I could use slowly after I moved. Of course, that never happened. I left Moscow with habits of acquisition which could no longer be filled. “Now you will have time to actually enjoy everything you’ve acquired,” I told myself while driving out of town, but the lion’s share of what I had bought was no good, or else my taste had been ruined through over indulgence. Every time I listened to one thing, I could only think of all the things I wasn’t listening to.

A classical education is not only concerned with a desire for the right things, but the cultivation of an intellect sufficiently strong to govern the strength of those desires. While Christianity is rightly hailed as a religion which entails suffering, the suffering commended in Christianity is often a dam which holds back even greater suffering (or, as the Devil sagely notes in David Hart’s story, the “interval [which] separates the ascetic from the voluptuary” is actually quite “small”). Music had far more pleasure to offer when my access to it was measured, rationed, seasoned, deep. A prosperity of music depraved me.