How To Begin The School Year? 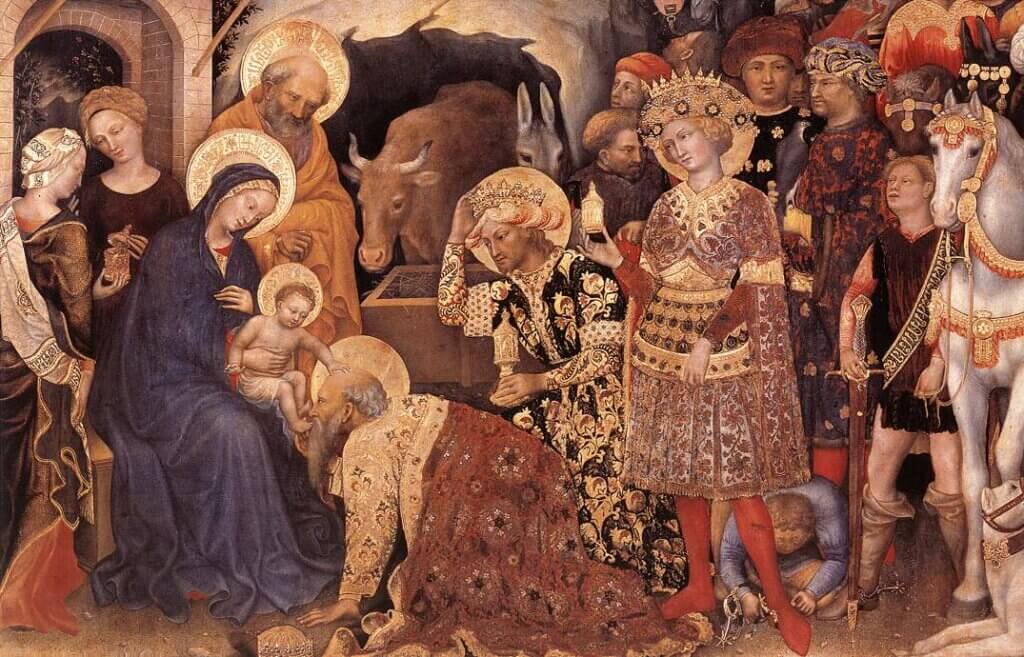 Special thanks to Grant Horner, whose idea about delaying the syllabus inspired this article.

The temptation to begin the school year like a good materialist is so deeply engrained in most of us, we don’t even recognize it. Students show up for their first day of class and we hit them with charts and lists and rules and methods. Tests are given on Fridays. Don’t chew gum. Here is the twelve books we’re reading this year. You’ve done it this way in the past, but here’s how I do it. Here are your locker numbers. Keep your lockers clean. Cleanliness is important. You’re older this year and so I expect more of you. To whom much is given, much is required.

While I hesitate to use the word, the only real way of describing such an opening is unbiblical.

The way we introduce our students to the school year ought to pay tribute to the way a good God introduces Man to the project of faithfully bearing His image. If we use the book of Genesis as a tutorial on beginnings, we will not necessarily abandon charts and lists and rules, though we’ll put them in their place, which is nowhere near the front. The manner in which we bring students into the task of learning will set their expectations about the school year. If we begin with rules and lists, students will intuit that learning is about rules and lists, obedience to letters and numbers, impersonal and objective. However, we can also frame the year in such a way that students understand learning is communal (by which I mean personal), relational (by which I mean subjective), and aimed towards submission to a Man, Jesus Christ.

A few thoughts (a list, alas) on how we can honor the way God introduces Man to creation which can enliven the first week of classes:

1. You are free to eat from any tree in the garden; but you must not eat from the tree of the knowledge of good and evil, for when you eat from it you will certainly die. God introduces Man to creation with a single rule. The number of rules expands later, but only after God is known as a kind God and a gift-giving God. God introduces His law to His people with “I am the Lord Who brought you out of Egypt, out of the house of bondage.” Before God makes requirements of His people, He entrusts them with a rich bounty of freedom. We’re tempted to think that we ought to give many rules up front and freedom later, but this is the opposite of the way God makes Himself known. The rules of God may be trusted because God first shows His goodness. So, too, the good teacher should reveal himself as a giver of gifts and a liberator so that the rules can be trusted. Further, rules are necessary, but they don’t put the student in a place of awe. God first creates a spectacular world for Man to inhabit, then sets man in that spectacular world. Man enters a beautiful creation and marvels at it, delights in it, then the rules come later. If a teacher enters his students into a world of rules and lists and numbers, the student does not enter the world of learning in wonder. The student will give back to the teacher what seems to be of greatest importance; the student will return rules and lists and numbers to the teacher. Delighting the teacher will be of secondary importance. If you want a lot of bland essays to grade over the course of the year, wherein your own words are endlessly repeated back to you, by all means begin with rules and lists. You get what you give.

2. He brought them to the man to see what he would name them; and whatever the man called each living creature, that was its name. God is curious about His students. He wants to know them and their personalities. A good teacher begins the school year with a desire to know his students personally. The good teacher knows he is not educating boys and girls, but this boy and this girl. While it is not practical to delay teaching your first book until you have conducted extensive interviews with every individual student, I find it helpful to give every student a questionnaire in which they describe their beliefs and loves and prejudices on the first day of class. God gives man curious things to study, like giraffes and platypuses, so the good teacher ought to give his students curious prompt to respond to. Leonard Cohen once sang, “Love is not a victory march. It’s a cold and it’s a broken hallelujah.” What do you think of that? Give five words which describe a good woman. What do you think is the best part about being old? Name a few of your favorite movies. Before you die, what would like God to do for you? New York or La? These are a few of the questions I often include on the questionnaire I pass out on the first day. I also borrow heavily from the Proust Questionnaire, which is a fine template to adjust and extend.

3. Then the Lord God formed man from the dust of the ground and breathed into his nostrils the breath of life, and the man became a living being. The Lord does not create Man from nothing, but from the dust of the ground. Man is composed of finite substance, and so the Lord has appropriate expectations of His creation. Teachers are often tempted to set goals for the year which are incompatible with the creatures they’ve been entrusted with. Pretty much every school in the country has perennial problems with dress code violations and distracting romantic relationships between upper school students. It is not likely that, at any point in the life of your school, anyone will say, “Remember when we had problems with dress code violations? Glad that’s over.” Dealing with petty infractions of the law is not the lot of the student, but the lot of the teacher. Teachers are sometimes tempted to think that the right phrasing of a rule, the right enforcement of a rule, or an appropriately severe penalty will make dress code violations (or a host of other constant problems) a thing of the past. When we are called to deal with the same petty sins over and over, we should not necessarily think there is a problem with the law or the phrasing or the punishment. You also have petty sins you’ve been dealing with for years, and the problem is not in the wording of “Thou shall not bear false witness” or “Honor thy father and mother…”

4. God made two great lights—the greater light to govern the day and the lesser light to govern the night. He also made the stars. God set them in the vault of the sky to give light on the earth, to govern the day and the night, and to separate light from darkness.… Be fruitful and increase in number; fill the earth and subdue it. Rule over the fish in the sea and the birds in the sky and over every living creature that moves on the ground. When God tells man to rule over the creatures of the Earth, He is enlisting man into a project which predates man. Before man ruled, the heavenly bodies ruled. This means that man’s government must be modeled after the government of the heavenly bodies. Man separates the light from the darkness, just as the angels do. Ancient Christian tradition suggests the story of the creation of the cosmos, as well as the fall of Satan, was taught to Adam by the angels— Milton imagines the angelic discourse in Paradise Lost at length (Certain Syriac traditions suggest the angels taught Adam to bake bread, offer both animal sacrifices and bloodless sacrifices, dwell in caves, make fire to keep darkness at bay and burn incense. Adam was afraid of the dark and his candles were not sufficient to lighten his cave, so the angels gilded the walls to reflect the candlelight. The same Syriac traditions have the wise men who visited Christ first going to Adam’s cave to collect the gold, frankincense and myrrh first given to Adam by the angels. Just as the angels gave thesegifts to Adam that he might please God, so the wise men return the same angelic gifts to the Second Adam that they might please God). The good teacher presents himself as the custodian of a grand tradition, not the fountain of wisdom. Education is about receiving and passing on good gifts, not creating them ex nihilo. Many teachers are tempted to connive the respect and affection of their students by presenting themselves as novel, one-of-a-kind, original, creative. We are tempted to say things like, “I don’t know what you’ve been told in the past, but I…” or “The rules are different this year…” or “I am far more lenient than…”, as though a genuine and authentic education is only beginning now, today, this school year. But this has no place in the angelic tradition or in the dominion mandate. It is egotistical and self-serving.

5. The LORD God made all kinds of trees grow out of the ground–trees that were pleasing to the eye and good for food. When you finally pass out the syllabus— and really, you’ve got so much delightful stuff to say and hear, it should probably be several days into the school year before you’re handing out a list of any kind— treat the thing like the menu at Noma. Spend an entire class period leisurely perusing the list of books, praising each dish for the ingredients and construction and delicacy and taste. Covering the syllabus ought to be like a dozen movie trailers which play before the feature, and they all look so good that when they’re over, you kind of have to psych yourself up again to see the movie you came for.