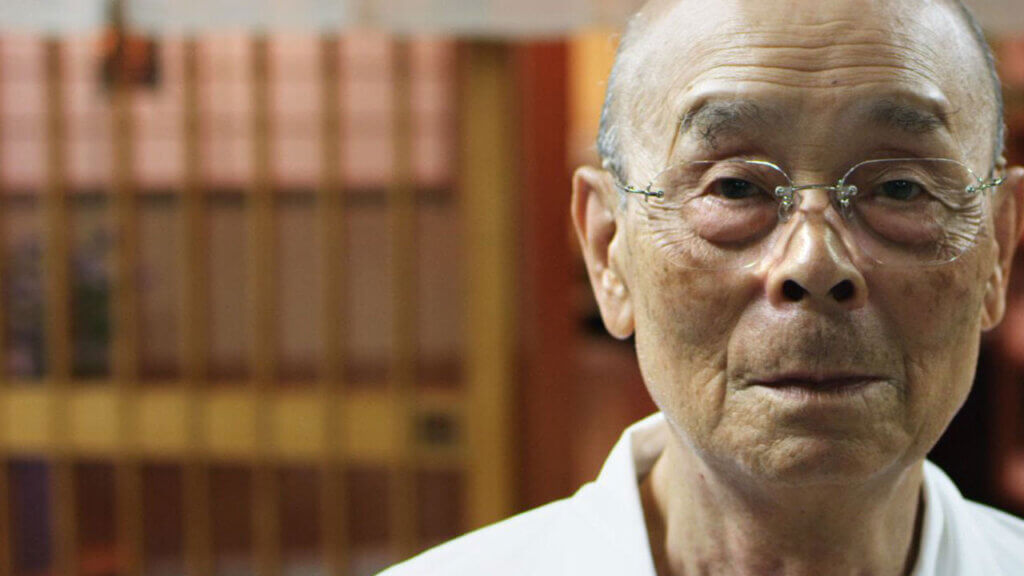 Over the last several months, the comment I continually wanted to write on the top of student essays was, “Good, not great.”

In the past, I’ve described the need for teachers to write academic tests which are better analogues of the tests which God and society and girlfriends are apt to throw our way. A good test is surprising, cannot exactly be studied for, and on a good test, new lessons are learned, not recapitulated. But if an academic test can be more or less like the tests society gives, can grades be more or less like the grades society gives? If we’re willing to set sentimentality aside, I think they can.

In Jiro Dreams of Sushi, the titular sushi chef Jiro (a three star Michelin chef, and living legend in his native Japan) describes the single question which has guided his brilliant eighty year career: How can I do better than I did last time?

This is, granted, a rather mundane and obvious question for any artist to ask himself, although I should confess I have not often asked it of myself. How can I teach the Confessions better than I did last time? How can I write a better poem than I did last time? How can I cook this chicken better than I did last time? Perhaps these questions are intuitive, reflexive, and perhaps we silently ask ourselves these questions often enough, though Jiro asks, “How can I do better than last time?” consciously, within his ego (as per Freud). The power of the question might lay in the fact it teaches and reminds the artist that he ought to want to do better than last time. If we do not remind ourselves to do better, we’re more prone to put our efforts on autopilot and to work uncritically. The unexamined life is not worth living, and perhaps the unexamined labor is not worth repeating.

I write a lot, and I’ll wager somewhere between 5000 and 7000 words of my own end up published online every month. While I have not always inquired into how I may do better, I have found it valuable to remind myself from time to time that the internet is a fiercely competitive marketplace and there are many brilliant writers vying for people’s screen time. I have often written two paragraphs of this or that essay and then deleted what I’ve done after reflecting, “This simply isn’t worth reading. This would be a waste of people’s time.” And for as often as readers have generously finished an article I’ve written and still concluded it was a waste of time, apologies. You could have read something Cindy Rollins wrote and learned something. I will try to do better next time.

When I scrap an article, though, it isn’t because I come to disagree with what I am saying (though that happens), but because it is dull, or merely true enough, or self-indulgent. The article I’m writing is “Good, not great,” so to speak— though please don’t take that to mean I believe my published pieces are “great.” The “Good, not great” piece lacks the verve required to win the race. There is no evident desire for excellence, no want for the glory appropriate to the task. In several places in the Purgatorio, Virgil describes humility as an appropriate desire for glory, not a refusal of glory. The humble man knows his station in life, knows what is possible within the parameters of that station, and submits himself to the demands of that station. Pride is a refusal of those parameters, a frustration that one’s station does not allow for more glory than it does. Sloth is a refusal of those parameters, as well. A prudent man is neither proud nor lazy, but undertakes to win the glory to which his station calls him. Some stations in life call a man to great glory (senator, general) and others do not (high school teacher, high school student), however, even a lowly station in this world yet calls for some kind of excellence.

I have wanted to write “Good, not great” on papers which are true enough, apt enough, but which fail to attain to the glory appropriate to a high school student. I do not mean the comment for an insult, but as a reflection of the way the world judges. People quit going to restaurants which are merely good enough. People quit watching television shows which are merely good enough. Women (ought to) quit dating men who are merely good enough. I have often lamented to my students the sight of a couple on a date at a mall, the girl meticulously put together, the boy on her arm in cargo shorts, Crocs, last night’s hair and probably last night’s breath. I want to hold that boy back and yell “Run!” to the young lady. Similarly, “Good, not great” on the top of a student’s paper is shorthand for, “Covers the subject. Evidence you paid attention in class. Nothing memorable or special here. Nothing here which commends this work above the other work in class. There is nothing here which warrants special comment or attention. If this essay were a coffee shop, it is not the kind of coffee shop which I would go out of my way to return to.” The “Good, not great” grade is an 84%. I suspect that if students were occasionally told this about their work, Jiro’s question might begin to form in their minds more readily. How can I make this better than last time? Let us call this “psychologically realistic grading.” It stands to rescue the 84% from being a vacuous, meaningless, baffling grade. It puts an emotional spin on the 84%, and to be frank, outside the classroom, all tests and all grades are supercharged with feeling.

Obviously, the teacher would need to be prudent and judicious in writing, “Good, not great,” on the top of student papers, because one student might attain an 84% while on autopilot and another might attain an 84% after a Herculean struggle. However, the student who attains a mediocre grade after much labor needs to both be praised and honestly appraised of the situation. Often times, the reward for a great struggle waged against mediocrity is mere survival.

This is obviously not the way God judges, but “Man looks on the outward appearance, but God looks on the heart” is not a condemnation of the way man judges, but a statement of man’s limitation. Teachers need to be content to assess like mere mortals.