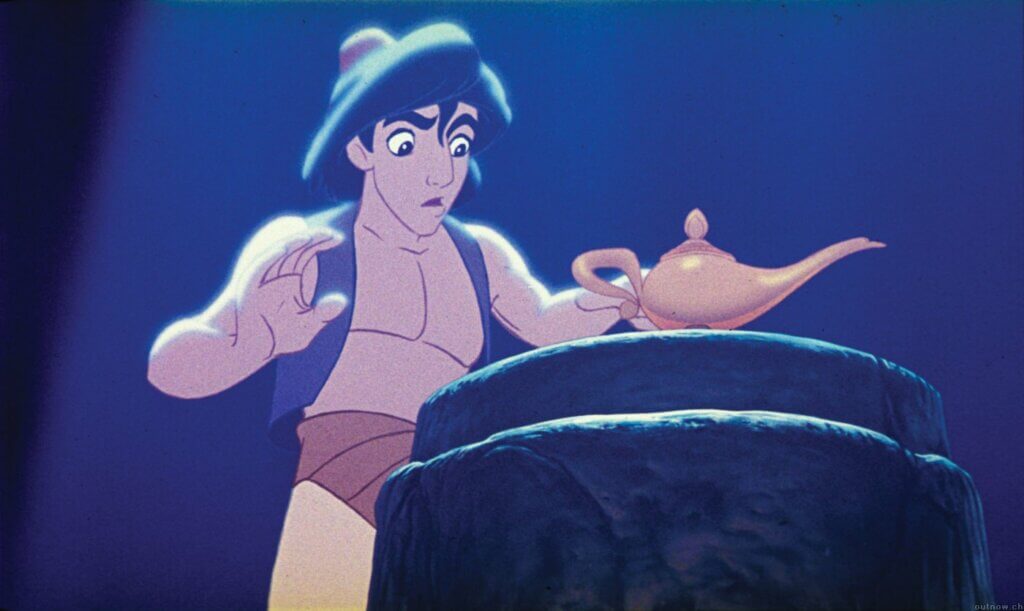 A great many ancient fables and tales about genies reveal the ambiguity and slipperiness of language. You know the deal. A man finds a magic lamp, releases a genie, and asks for a million dollars, but then receives a million dollars in Monopoly money because he did not specify he wanted legal US tender. On his second wish he asks for a million dollars in legal US tender, then gets legal US tender from the future which cannot be spent for a hundred years. With his third wish the man asks for something more mundane, an ice cream sundae, then an ice cream sundae falls on the man’s head and knocks him out cold. He should have specified he wanted the sundae to appear on the table in front of him. Genies are like that.

There is a single story in Scripture which bears some resemblance to the genie stories from the Middle East, and it is when the Lord visits Solomon to ask him what he wants. Having puzzled over the story for years, I am persuaded it is often overread or oversimplified, meaning that too much is assumed about the import of the words where, in fact, a great degree of ambiguity lingers.

When I ask my students how they recall the story, they often miss crucial details. For instance, most people think God comes to Solomon and says, “I will give you whatever you want, so what do you want?” However, in 1 Kings, the Lord approaches Solomon with the far more tenuous, “Ask for whatever you want me to give you.” No promise follows that the wish will be granted. God’s words are not vouchsafed with New Testament promises, like, “Whatever you ask in My name, I will do.” Rather, God’s offer is more of an open-ended question, like, “If you could have anything, what would you want?” Obviously, the fact that God Himself is asking the question suggests more is on the line than the polite conversation of friends on a Summer afternoon, throwing skylark questions to one another about desert islands and last meals.

I find it remarkable that Solomon has a ready answer to this question. I flip through seventy screens of Netflix options every Friday night, discontent that I actually want to watch anything at all, and yet Solomon knows exactly what he wants of the Lord. After declaring God’s kindness to his father and his own insufficiency to perform the work of a king, Solomon famously asks for “a discerning heart to govern your people and to distinguish between right and wrong.” Because the story passes in Scripture, and because God seems content with Solomon’s reply, precious few readers question Solomon’s response, although one must suspect contemporary Christian society would scorn a man for asking God for wisdom. “Fool,” we would hiss, “God already gave you wisdom when He gave you the Bible. You should have asked him to overturn Roe v Wade, or to put Ron Paul in the Oval Office.” Or, if God came again with such an offer and a man asked for “salvation,” I suppose we would similarly thump him on the head for not trusting he was already saved. “You idiot! You could have asked for nine Jordan Petersons on the Supreme Court.” But Solomon would not ask for salvation because the concept was more or less absent in ancient Israel, apart from the “salvation” which meant not being overrun by Philistines or ravaged by famine. In some sense, however, asking for wisdom and asking for salvation are nearly identical requests.

The turn in the story comes when a similarity emerges with the genie story. The man receiving the sudden boon gets what he did not intend to receive. God replies, “Since you have asked for this and not for long life or wealth for yourself, nor have asked for the death of your enemies but for discernment in administering justice, I will do what you have asked. I will give you a wise and discerning heart, so that there will never have been anyone like you, nor will there ever be. Moreover, I will give you what you have not asked for—both wealth and honor—so that in your lifetime you will have no equal among kings.” The original question may have been a test, for God seems to suggest that there were unspoken conditions of Solomon receiving what he asked for. The test in most genie stories comes with the second wish, namely, are you wise enough to throw the magic lamp away? But Solomon “chose wisely,” as the old knight in The Last Crusade dryly declares. While the wealth and honor will certainly be a gift of God, such bonuses tend to follow naturally from justice and discernment. On a State level, corruption and poverty are common bedfellows. On the other hand, God grants Solomon’s request for wisdom and discernment “since you have… not asked for long life or wealth…nor the death of your enemies.” However, God may have given Solomon wealth and long life had he asked for them, yet not given wisdom additionally. In Solomon’s other work, wealth and long life tend to naturally follow wisdom, and yet wisdom does not naturally follow wealth.

God’s final remark reveals the parabolic nature of the story. “And if you walk in obedience to me and keep my decrees and commands as David your father did, I will give you a long life.” This is nothing new, and neither is it particular to Solomon. Rather, God is restating the fifth commandment and the promise which attends it. So, too, the question God asks at the beginning of the dream is not particular to Solomon. God comes to every man and says, “Ask for whatever you want me to give you.” A classical education must help the student ask God for something worthy, not money or long life or victory. “Seek and you will find” is not an offer made exclusively to Christians, but a universal truth about human wanting. You may have what you like, even though many must wait until the next life to get it. Those who seek money will find money. Those who seek grades will find grades. Those who seek scholarships will find scholarships. Those who seek sensual things will receive sensual things, however, the receipt of those things often echoes the genie story. Money is not what we expected, or else money will not do for us what we thought it would, or we tire of it, or else it falls frozen from the heavens and cracks our skulls.

But those who hunger and thirst after righteousness shall be filled.