The God of Constancy 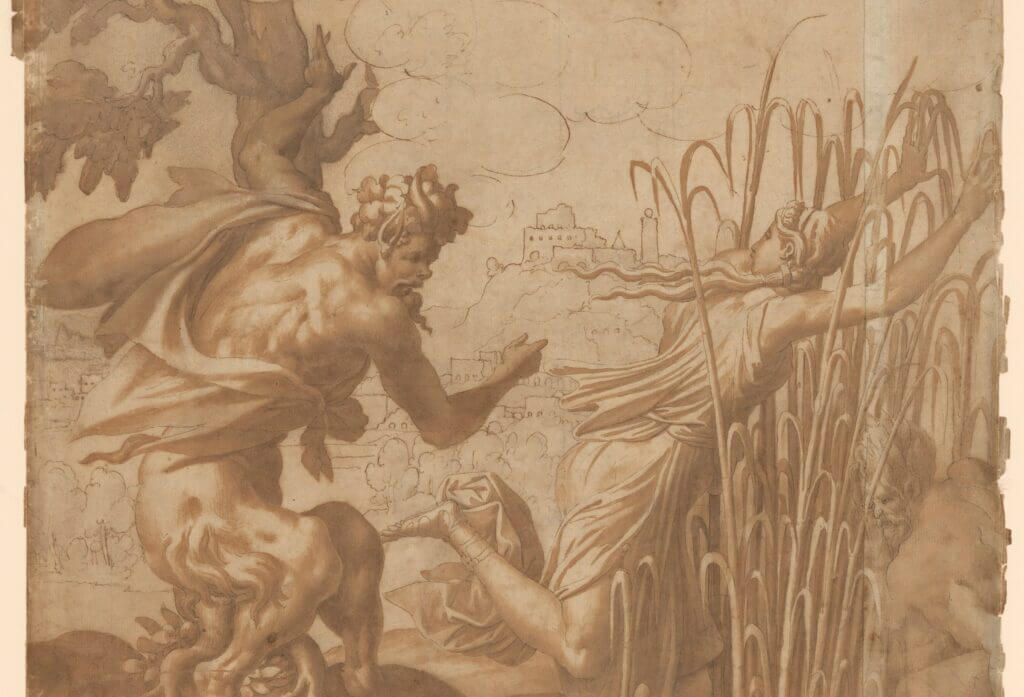 I am reading Ovid’s Metamorphoses all the way through, beginning to end, for the first time this summer. I have read bits and pieces, and I have looked up certain stories or references in order to become familiar with them, but I’ve never read the whole thing. Being the extrovert that I am, I didn’t want to read it alone, so I started a Facebook group for the sole purpose of roping friends and strangers into reading it along with me.

We started on Memorial Day and will read all through the summer. People leave comments, questions, favorite passages, and insights. The more we read, the more we see god after god pursue or outright rape victims and become angry and vindictive for slights against their persons. We see those victims bear unjust and unfair punishment. Inevitably, the group members’ reactions to the stories have become more and more agitated, and rightly so.

Just in the first couple of books, we see the following: Apollo chases Daphne, and instead of succumbing to him, she transforms into a laurel tree to escape him. Jove rapes Io and changes her into a heifer to keep Juno from finding out about his deed. Then Juno punishes Io for the assault. Pan chases Syrinx, and she changes into reeds to avoid him. Jove rapes Callisto. Diana, angry at the resulting pregnancy, turns Callisto into a bear.

These stories go on and on. The gods chase, the gods take, the gods rape, the gods punish. It becomes hard to read story after story like this. They get worse and worse. Book Six? Yikes.

There’s no denying that these elements make Metamorphoses a troubling read. Ovid is difficult because, for many of us, especially those of us who profess to be Christians, we are accustomed to a God of love, a God of hope, and a God of redemption. None of these attributes are found in the gods of Metamorphoses. We keep reading, keep hoping, keep expecting to turn a page and discover something redemptive, but it isn’t there. No god in Ovid is coming to save us.

Quite the contrary. In Ovid, the victimized humans are the ones who are elevated, and the gods are the ones who debase themselves in pursuit and vengeance. In an entirely upside-down order, we judge the gods—not man—and find them wanting. We root for man every time against the ravaging, angry gods, hoping that justice and mercy will eventually prevail. It is an eye-for-an-eye world with a system that unjustly judges, punishes vehemently, and calls victims sub-human.

It would be easy to declare Metamorphoses entirely too problematic and pagan to read and dismiss it to the cobwebbed vaults of works that have proven past their useful prime, pivotal though the work may be. This, however, would be a mistake. In fact, it would be a travesty.

Metamorphoses is one of the most influential works of literature of all time, so naturally, hardly anyone I know has actually read it. That alone makes it worth the effort. The majority of the people in the Facebook group have never read it before. Dante found it important enough that he peppered the Divine Comedy all over with its stories, some of which make more obscure references than the common myths in our vernacular. With Ovid under our belts, we can approach Dante, Chaucer, and Shakespeare, among others, with a deeper understanding of their works. We can approach any stories dealing with the myths found in Metamorphoses with a fuller knowledge of those myths in general. This is an aspect I have enjoyed in spite of some of the troubling content.

It would be easy to read Metamorphoses and dismiss these disturbing elements and stories as works that can be safely left in the past. After all, we have progressed past this, haven’t we? Those pesky Romans, and the Greeks before them, had issues, but we are better than that. Right?

I don’t think this is the case. In reading Ovid, our deepest fears are confirmed. Metamorphoses has much light to shed on our society and ourselves.

The gods don’t just kill their victims—they change their very nature, leaving the recipients of the metamorphoses with their mind intact but the rest of them broken. We are the ones who, deep down, are as bad as the gods. We act out in anger, we are self-serving, we tear apart and victimize each other, leaving brokenness in our wakes. The news, on the local, national, and international scale, is full of horrifying stories. The horrors in Ovid are seen every day. Perhaps humanity deserves such punishment from the gods.

When we look within our own hearts, we find similar horrors. Hatred, anger, pride, lust, violence: If we’re honest with ourselves, they’re all there. We are the ones in need of redemption. The gods in Ovid are in outright opposition to the men and women within each book’s pages, meting out their fickle and reactionary punishments.

But while the gods of Ovid only punish, the one true God offers redemption. God does not oppose his people, nor does he change. Northrop Frye wrote in The Double Vision that “Jehovah has nothing of the ‘Olympian’ about him, nothing of the god who is removed from the human situation unless something exceptional attracts his attention: his preoccupation with his people is continuous, insistent to the verge of fussiness.” I will disagree with Frye in that God does have something of the Olympian in him—like the gods of Olympus, he condescends to us; however, unlike them, he does not do so to ensnare or violate individuals, but to redeem a people.

The Christian story elevates God, but it doesn’t debase humanity; it restores it. God calls us to himself. His singular pursuit of his people and his judgments are just, not dehumanizing and reactionary. Ovid even gives us a glimpse—a signpost of this reality—in the myth of Arachne, though the story doesn’t see it through. Minerva tells Arachne: “‘… defer to a goddess / Be humble in her presence, ask her pardon / You reckless creature, for your arrogance. / She will be gracious, if only you ask it.’” Oh, we are reckless, arrogant creatures for sure. But while Minerva means this as a warning, when the words come from God, they are a blessing. If we ask, God is gracious and will pardon.

As a Christian, some may ask how I can read a work like Ovid. I would counter, “How can I not?” The moral system demonstrated in Ovid is entirely unjust; it only leads to despair. When placed next to the biblical stories of justice and hope that all culminate in the person of Christ, the falseness of Metamorphoses acts as a shining contrast to that truth, magnifying it and making it crystal clear.