Getting Through To Teenage Pharisees 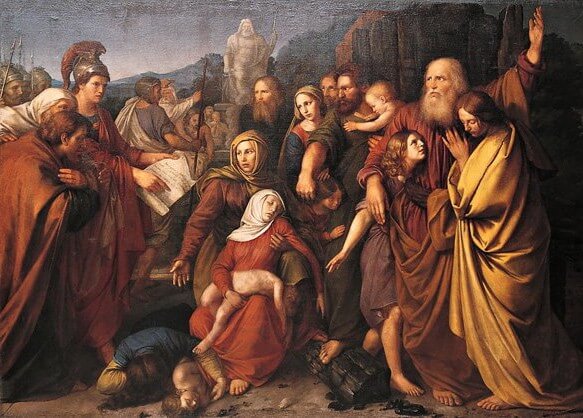 I too was a bad student. I was not the sort of bad student that would have gotten along with Josh Gibbs in high school, though. I was the sort of student who would have inwardly groaned if we had been placed together in a group for a project. I would have been shocked and disdained by his lack of concern over his schoolwork. I would have been so concerned with our grade that I would have done all of the work to prevent his slacking from affecting me. You see, while he admits to being a slacker, I was a teenage pharisee.

As I excelled in school, I grew in my self-righteousness over my ability and achievement, as if my accomplishments equated my morality. I pursued excellence, not for excellence’s sake and not because I was virtuous, but because I was motivated by the praise I received from others and the internal satisfaction I had from performing well. Grades and accolades were my number one motivation so my excellence had a bar: an A. Whatever I learned along the way was the means to my ends. Anything less than an A put me in a frenzy to improve my grade, a frantic work that settled down when I reached my goal.

Adults praised me publicly, feeding my need for achievement, further perpetuating my view that the purpose of education was utilitarian. I began to find my identity in that success.

Adults tend to like pharisee-students because we tend to be an easy bunch to have in a class. We do not act out, we are responsible for our work, and we eagerly do whatever is asked of us. Teachers often commend the teenage pharisee to the class as the epitome of a scholar. The teacher means for it to be motivating to everyone, but when he or she praises the teenage pharisee in this way, this is what the pharisee hears: You are better than everyone else. You have set the standard for excellence. Continue on as you are, because you are doing it the right way.

This was terrible for my soul because it further clouded my vision. I already was unable to see my sin and inadequacies. When the laudations of teachers and adults feed the hubris of the teenage pharisee, she is like the hypocrites in the synagogues and the streets who sound their trumpet over their generosity to the needy. The hypocrites received their reward on earth, as the teenage pharisee receives her rewards in report cards, GPAs, and dean’s lists.

When I was about 13, I was unable to handle the stress of the pressure I put on myself. I was broken and vulnerable and it was in that state that God called me to Him with His gospel of grace. I saw that I had been believing in a gospel of works and my works were nothing more than filthy rags. Beginning in high school, the layers of self-righteousness and self-reliance were slowly revealed to me, usually in painful ways. I believe God will continue to reveal to me ways I am self-righteous and how I try to be self-reliant to my dying breath, but His grace has done a great work in me to relieve my from some of my perfectionism.

One of the most important times in my life came right after I ended my formal education. Newly married, we moved so my husband could attend seminary. I found myself surrounded by neighbors, fellow church members, and seminary students who were not satisfied with the appearance of good. I saw in them a desire for godliness that I was unfamiliar with. While I had spent my late teen years and early twenties in front of people as the paragon of the young Christian woman, the humility I saw in people began to be something I desired.

I find it fitting that I’ve spent the majority of my career in a vocation that receives little outside recognition. Over a decade ago, I left behind my professional career as an English teacher and became a stay-at-home mom, a full-time wife, and a home educator. God stripped from me most external opportunities for recognition so I could not boast in my status or accomplishments. Most days, no one besides my husband and children knows how I spend my time. There is no promotion or award for me to work towards. I receive no pay for what I do. I have to choose every day if I want to honor God or myself. Every day I am faced with how much better it is to be faithful than to receive any sort of reward.

The pharisee sometimes hears a story of a respectable family who had the appearances of happiness and godliness but have crumbled apart because their good works did not save them. Their faith was weak and shallow. This is a warning that will, if the pharisee ruminates on it long enough, send her off to do what pharisees so often neglect: pray for God’s mercy.