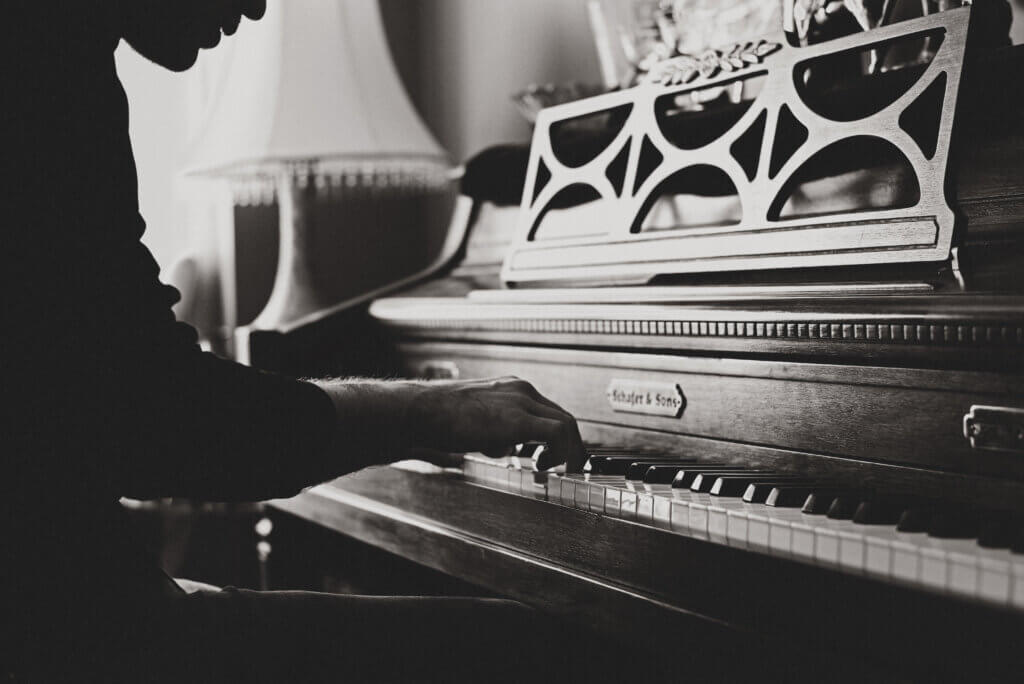 Music is such an obvious element of life that we may take its existence for granted. It’s not that we don’t think about music; perhaps it’s that we think about it too much—but in the wrong ways. We treat music as a commodity, a means of fitting in with peers, a vehicle for “worship,” cultural enrichment, filler noise in the car, a way to pump up a pep rally or a workout or to set a mood. While all of these examples may have appropriate uses, the fact remains that we seldom think about music as music. Rarely do we consider music as a key that unlocks the mystery and order of the created universe or as a revelation of God’s nature and character.

What is the Purpose of Music Appreciation?

The philosophers of the Ancient world and the Middle Ages were not interested in music as an idle pastime practiced in isolation. Rather, they viewed music as an integrated reflection of the divinely created order—a microcosm of the heavenly dance as Martin Luther called it. The order inherent in the perceived movements of heavenly spheres, the harmony that exists in good health when all of the parts of the body are working properly, the satisfaction and sense of completion that occurs in comprehending natural and created design are all extensions of the ordered universe. As Martin Luther said, “You will find that from the beginning of the world [music] has been instilled and implanted in all creatures, individually and collectively. For nothing is without sound or harmony.”

The order and structure of musical sounds were reflective of the order of creation; therefore, they were a means by which we could gain an understanding of elements of the created cosmos, and, by so doing, gain not only knowledge of the world, but Godly wisdom that was part of growth in grace and sanctification. Knowledge was not an end to itself but a means to know God and His ways.

Differences Between Medieval and Post-Enlightenment Music

Perhaps it would be best to highlight the changes that occurred during the Enlightenment that caused a worldview shift with regards to the purpose and content of music. The search for, and attempted replication of, cosmic order was displaced by a desire for music that appealed to individuals, was less formal, embraced natural religion, was non metaphysical, and was progressive.

This radical shift in worldview ideas brought composer J.S. Bach into conflict with Frederick the Great of Prussia. Their conflict was at the heart of the shift from a theological grounding of life to Enlightenment thought.

As James Gaines writes in Evening in the Palace of Reason:

“For Bach this new, so-called gallant style, with all its lovely figures and stylish grace, was full of emptiness. Bach’s cosmos was one in which the planets themselves played the ultimate harmony, a tenet that had been unquestioned since the ‘sacred science’ of Pythagoras; composing and performing music was for him and his musical ancestors a deeply spiritual enterprise whose sole purpose, as his works were inscribed, was ‘for the glory of God.’ For Frederick the goal of music was simply to be ‘agreeable,’ an entertainment and a diversion, easy work for performer and audience alike. He despised music that, as he put it, ‘smells of the church.”

Eventually, this pattern of thought led to the Romantic movement with such composers as Beethoven, Schumann, Wagner, and Mahler. In The Music of the Spheres, Jamie James succinctly puts it, “Romantics were concerned above all with creating the impression of being bold and original”—ideas opposed to the Biblical artistic concept of craftsmanship. (This desire to be larger than life was as true for the Romantic poets and the 19th c. contemporary artists as it was for the composers, and, in many cases, their lifestyles give further evidence of the comprehensive break with Biblical artistic standards.)

For the ancients and medievals, the laws of music were thus intimately connected with the perceived understanding of how and why the universe worked the way it did. This view of music places great importance on the moral and theological role of harmony as opposed to the subjective and changing tastes of audiences. As such, the role of the composer was that of an artisan or craftsman who realized the potential of the raw musical materials before him in such a manner as to bring order and take dominion over those elements of creation.

The Order in the Cosmos

The idea of the interconnectedness of various disciplines, and the Quadrivium itself, hi

In The Cambridge Companion to Bach, Music scholar John Butt suggests how Bach might have defined the process of realizing musical potential when he writes:

“We get the impression of a composer who believed that every theme and formal strategy brings with it a host of implications that can be realised sequentially or in combination and that the completeness or perfection of any particular piece of music lies in the satisfaction of the entire potential of a musical idea.”

As Butt puts it, “all music could be the object of [Bach’s] own artistry, it was merely his business—perhaps, even, moral necessity—to improve and perfect the art.” For Bach, perfection in praise of God was more important than individual achievement.

Thus, part of the process of music appreciation is to gauge the success of a work of music in realizing its inherent, orderly potential as defined by the cosmos. Starting from this perspective requires an understanding of the underlying patterns of order, their application to music, and how to actually go about it. Unfortunately, we will have to explore how to go about that on another day.