Formality Or Familiarity: How Should A Classroom Feel? 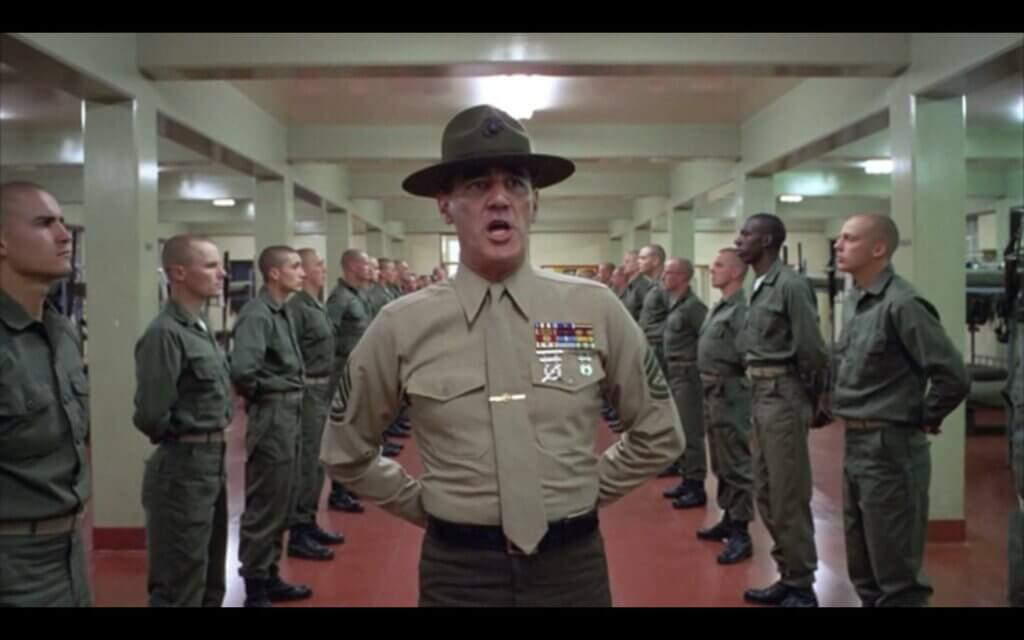 Your problem, said my priest, is that you do not know God. Several months ago, after I made confession, my priest delivered this diagnosis, which I found a shock and a relief. During the confession which I had just delivered, I admitted that my mind constantly wandered during the liturgy, that I did not pray as often as I should, that I did not regularly set before myself the life of Christ and the saints. I also confessed that God was little more than my foul-weather friend, a Thing I turned to in times of fear and sickness. My priest went on: You need to talk to God all the time. You need to constantly thank God, constantly speak with Him in your heart. You need to be a friend of God.

Just a few days prior to making this confession, a stranger tried to get into my home on a Sunday morning. He arrived at the door with a dazed look in his eye and a specious story about needing to use the phone, but when I returned to the door with my phone, he held a phone in his hand. “You have a phone,” I said. At some point he made a move for the door, and I slammed it. “I don’t know you,” I yelled through the door. A moment later, my own words struck me as strangely chosen, though I recalled them later when my priest pronounced my penance and absolution. At the end of time, Christ will tell workers of iniquity to depart, for “I never knew you.” Until quite recently, I thought of these words being delivered with a stern brow, as though Christ were making a formal pronunciation. However, I now think of the words as being spoken with a quizzical expression, the same kind which accompanies the words, “Nope. Doesn’t ring a bell.”

In the last several months, I have begun speaking with God in the solitude of my heart as though He were a friend. For an aspiring formalist and traditionalist, there is something a little humiliating about speaking to God this way, but the humiliation is— I hope— a sign that the medicine is working. “It is lovely weather we’re having today, God,” I say as I walk to work. “This beef is kind of tough, God,” I say while cutting a pot roast that I did not cook properly. “Thank you for not taking my life while I slept last night, God,” I say when my eyes open in the morning. “I love you, God. Please love me, too,” I say while falling asleep at night. It is much, much harder to cave to temptation when I am in this constant dialogue with God, for sin means the dialogue stops abruptly. At least thus far, I have found it impossible to chat my way through lust or gluttony or anger. I call this “dialogue,” though I would not claim to hear the voice of God. God’s reply is simply my own heightened awareness that He is listening, and, at least for the moment, suspending the punishments which I justly deserve, “for I have so often offended Thee and sinned against Thee in thought, word, and deed.” Sustaining the dialogue is quite difficult, though the difficulty is simply on account of my weak spiritual constitution. Absolutely nothing forbids the chat from constantly going on, apart from my own eventual boredom with it, my chronic ennui and acedia, and my desire for the kind of loneliness necessary to “get away” with sin.

Speaking to the Lord in my heart has given me greater confidence to die, for I am increasingly able to imagine my soul going to meet Someone familiar. I cannot say how my soul will be judged, but I am evermore confident the Lord will not say, “I never knew you.” If I were to die tomorrow, at very least, I would go to the Lord having lately kept in touch.

Of course, nothing about this dialog— as I, perhaps, naively call it— is meant to take the place of the divine liturgy, which I celebrate at least once a week on Sunday morning, and I am still saying all the prescribed formulaic prayers in the evening with my family. Throughout the day, my constant comforts are the Jesus prayer and the final line of the communion creed (“Not unto my judgment nor unto my condemnation be my partaking of Thy holy mysteries, O Lord, but unto the healing of soul and body”), which I repeat often. The formal aspect of Christianity keeps me physically located in a Church, and it was under the more formal auspices of Christianity that I received instruction to speak with God in a familiar manner within the private chambers of my soul. Without the formality, there would be no familiarity. Most of the people I have known who have committed apostasy only did so after they quit attending church long ago. It simply doesn’t often happen that doubt breeds in a pew, and very few apostates renounce God and quit attending church the following Sunday. It is far more often the case that someone quits going to church for entirely understandable, practical reasons and then quits confessing Christ six months or a year later. The formal aspects of Christianity have kept me Christian for some time.

In the midst of this recent dialog with God, I have come to a better understanding of what I always want of my students, but often fail to articulate precisely. The good teacher has a relationship with his students which is both formal and familiar, both high church and “let’s get coffee.” The good teacher expects homework to be neatly written, turned in on time, and not on wrinkled paper, and he also expects prompt arrival at class, hands raised for questions, and uniforms to be in good order— however, the good teacher does not merely want efficient bureaucrats, but companions and co-laborers. The greatness of a teacher is measured by the number of students who keep in touch after graduation, when the teacher no longer has any power over his students, but they return by choice.

The kind of teachers most likely to inspire such returns usually balance the familiar with the formal, neither forsaking the law, nor wholly depending on it. I wager most students and teachers err, at least slightly, on one side of the equation. For the overly formal student, the teacher is merely a means to an end, a pet-like organism which must be fed so many good essays and correct answers in order to grow a full, shiny grade pelt. The teacher of such students never feels he is completely unnecessary, but his overly formal students often give him a wistful gaze as though to say, “Alas, if only we could grow scholarships in petri dishes.” On the other hand, the overly formal teacher cannot think of “kids” without saying “kids these days,” and sees himself as the last bastion of reason in a world plunging into greater darkness, one teenage birthday party at a time. The overly formal teacher has fallen into the same delusional belief which sometimes besets the hearts of high school sophomores— namely, the conviction that, despite the fact adults run the world, teenagers are somehow still the ones messing the world up (a curious delusion largely derived from the teenage belief that adults are basically good). What is more, the overly formal teacher cannot act without theories or articles underwriting his actions, and he is horribly intimidated at the thought of doing anything out of intuition, common sense, or poetry. On the other hand, the overly familiar teacher suffers from all the clichés of the self-professed “cool teacher,” and cannot admit to himself that his students are desperate to get out of the classroom the split second in which his time is up. The overly familiar teacher is a cloyingly sweet virtue-signaler who makes claims about not running his class “like those other teachers,” but regularly retires for Christmas break amazed at how few gifts were left on his desk when compared with those “other teachers.” If the relationship between teacher and student is grounded on mutual slack, both governor and governed will eventually become contemptuous of one another.

Like the more formal aspects of the Christian religion, the more formal aspects of classroom decorum keep students in a spiritual posture which is open to the familiar, and yet formality is merely a dormant power in search of something higher. In the world of the flesh, formality is necessary, indispensable, but not an end in itself. Returning to my confession, I was relieved to hear my priest tell me I did not know God. I had always hoped there was more.