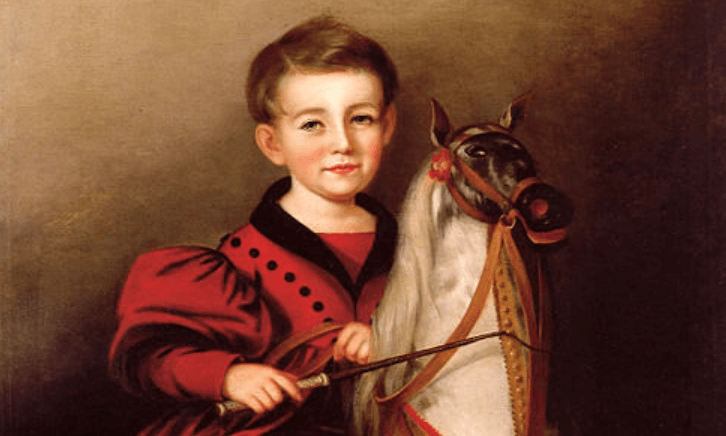 The most important moment in a blogging career comes surprisingly close to the beginning. By the time a blogger has published a dozen articles, he will have already developed a decent sense for what people want to read. When he looks back over the first twelve articles, he will quickly be able to size up what made the popular ones popular and what made the unpopular ones easy for everyone to pass over. And then comes the temptation to only write what people want to hear.

I am not a cynic. There are scores of blog articles that are wildly popular and deserve every like and share they’ve received, and there are a host of bloggers who are both consistently good and consistently popular. However, the dangerous allure of blogging is the immediate feedback.

Unlike journalists of yesteryear, the blogger knows within a few hours whether his work has caught fire. An opinion page writer from the 1960s might only collect a few stray comments from friends and coworkers in the days and weeks that follow publication and never have a strong sense of what the public thinks of his work. Neither does the newspaper writer know how many people actually read his column and how many people pass it over for the comics. But the amount of information a blogger has on the reception of his work can drive him mad.

Granted, a blogger cannot always accurately predict the reception of his work. He will sometimes think an article will be popular, then it isn’t, and other times think none but a few friends will buy his argument, and then thousands approve it. He will sometimes think his words entirely innocuous and yet a vocal minority takes umbrage, and other times think himself quite the fire starter and yet his match-like words fizzle on the endless ocean of internet opinions. And yet, most bloggers have a good sense of the response their work will warrant. Hang around long enough and you’ll learn to identify bloggers who only write for a big response.

Don’t get me wrong. I’m not suggesting that the only good article is the hard-to-swallow article. Nonetheless, given the choice between two articles on education, one of which tells readers how to unpack some minor point in Plato’s Phaedrus, and the other of which argues that education is tough, but you can do it, which one are most people going to click? What every blogger quickly discovers— whether he writes on education, ministry, or managing a rock band— is that articles wherein readers are told how to feel better about themselves generally get more likes than articles where readers are told how to do something useful. While I suspect many families in classical education are somewhat skeptical of K-LOVE’s “positive, encouraging” music (I will let the reader supply the reasons this is so), the volume of positive, encouraging blog articles and conference lectures aimed at classical Christian educators often surprises me.

Every teacher worth their salt knows an epidemic of over-praising children now besets American parents, but it’s worth noting these parents learned this awful tendency by self-selecting articles which overpraised themselves. American Christians have as voracious an appetite as secularist Americans for essays that argue, “Your job is hard, but you’re doing fine,” “Society demands too much of people like you,” “Your kids are doing better than you think,” “Your students are going to be fine,” which are all blithe dismissals of the “serious seeking” after Christ described by 17th century Puritan theologian Richard Baxter. Any parent spends an hour a day listening to strangers tell him his job is hard, but he’s doing fine, and that it doesn’t matter how well he carries himself because Jesus is going to make up the rest, is simply not prepared to criticize his own child or hear criticism of his child. Any criticism can be written off as “not Christ-centered” or “oriented to works, not grace.”

If a writer wants to offer real encouragement to readers and not mere flattery, he should assume Judas Iscariot is one of his readers. In doing so, he will simply have to temper the generic back-patting with some degree of common sense, exhortation, and qualification. Every good teacher knows the name of the worst teacher they’ve ever known. Assume that guy is one of your readers, as well.

If you’re going to blog about anything, but especially about classical education, you have to be willing to give people bad news. You have to be willing to give a little tough advice from time to time. The classical renewal is young enough that quite a bit is going to need to change before we reach a point of stasis. If you want to be a thought leader within the classical renewal, you have to be willing to encourage people as opposed to praising them for accomplishments of which you have no real knowledge. If you’re going to praise someone, praise someone in particular who has done something noble. Praise a certain student. Praise a coworker. Praise your freshman biology teacher because he was the one who made you want to become a teacher. Don’t generically praise every teacher out there.

Flatterers rarely last very long because their conversation is narrow and shallow; their audiences must cycle through them quickly lest the obviously false nature of the arrangement become unavoidably obvious. Fake praise is like fake money. You really don’t want anyone looking at it too closely for too long.

So how can a blogger avoid the pitfalls of flattery? How can readers fight the temptation to only reader flattering articles? I suggest the following:

1. Be willing to write articles that you know very few people will read. This will help you remember that classical education is not a movement. Write 1200 words on some obscure passage from Plato’s Symposium. Slowly, patiently unpack it. Almost no one will read it. God will reward you.

2. Be willing to read articles no one else is reading. Some of the best lectures at summer conferences are given by young teachers with nothing to lose. They pour their whole souls into their work, polish all their paragraphs, and offer risky theses that more well-established writers aren’t willing to argue. A couple years ago at a conference I heard a fellow named John Scholl give a breakout lecture called, “Would Jesus Use A Harkness Table?” It was sparsely attended, though far gutsier than a great many plenary talks I’ve heard— though if you can find James KA Smith’s talk about the youth-grouping of classical schools, play it full blast at a faculty meeting. That lecture isn’t flattering at all.

4. Write about something other than classical education. Peter Brown encourages historians to read fiction from time to time so they don’t forget how to sympathize with their subjects. Writing about something other than classroom issues and classic books will help keep your writing on classical education sharp. Besides, if you establish a reputation as an educational theorist, fewer people will read what you write about other issues, and it’s good for your soul to occasionally pass up a big audience for a small one.

5. Spend your popularity. If you’re able to build up a reputation for yourself, blow a little of your social capital every now and again by arguing something which is likely to get you some flack. If you’re a real human being, you’ve got a few disagreeable ideas floating around in your head. Trot one out a few times a year.

6. Develop some range. My intention here is not to make anyone afraid to write something they believe will go over well. My hope is to save writers (and readers) from becoming hopelessly dependent on the numerical approval of strangers, which will absolutely ruin their ability to think and write. There’s nothing necessarily wrong with a crowd-pleasing article just like there’s nothing wrong with ordering pizza on a Friday night, although you’re going to have to learn to content yourself with a salad for lunch on Tuesday. Learn to write articles that are instructive, speculative, confessional, comedic. Figure out who your ideal reader is (men in their 30s, women in their 40s), and then write an article to an unideal reader. Don’t get stuck preaching to the choir.

Whether you are a writer or a reader, be aware of how lucrative flattery is, and understand that flattery is lucrative because so many people are taken in by it. Flattery is the even darker side to internet rhetorical violence, for flattery harms both the one who offers it and the one who receives it.