The Fallen Dove of Critical Theory

The Monk Among the Critics, Part II

In a lecture entitled “Faking It,” philosopher Roger Scruton exposes how “kitsch” has especially colonized the arts, religion, and academia in modern society. He applies the concept of Gresham’s Law to the life of the mind and to the soul.

If false goods can indeed drive out real goods, then false emotions, false art, and false scholarship can just as easily debase real emotions, real art, and real scholarship. If, he argues, a man can get the same thing by pretending to love a woman, as in the case of seduction, he will no doubt opt for the pretend love; with fake love he can get the same thing in the end at “little or no cost.” The real loving relationship has been debased by a counterfeit of lustful seduction.

In another sense, it is technically very easy to conceive of and to create some of the things we find on display at our modern art galleries, and this is one of the reasons why making modern art is so popular: it is often easier and cheaper and comes at very little cost of talent, discipline, or technical skill. In like manner, it’s much easier for an undergraduate to compose a “reader response” paper than to go through the trouble of considering the full scope of formal criticism in a literal interpretation, much less reflect on the comparative allegorical dimensions of a text.

Scruton extends his argument to the pseudo-scholarship of modern academia: “If you make the mistake of going to a university and studying in a Humanities department, you will inevitably find yourself surrounded these days by fake philosophers, usually with a French name attached to it.” He quotes the following example from Jacques Lacan:

And from Deleuze and Guattari:

[In] the concept of the other person, the possible world does not exist outside that expresses it, although it is distinguished form it as expressed and expression; and the face in turn is the vicinity of the words for which it is already the megaphone…

Scruton adds that of these “influential charlatans” one could make a very interesting poem by rearranging all the words in their commentary, but the result would be that one might still never arrive at a meaning. This is Gresham’s Law at work in critical theory: “bad thought driving out good thought.”

But Dr. Scruton is not the only one to expose the pseudo-scholarship en vogue at many universities. Alan Sokal has noted this too. (Joshua Gibbs has mentioned the “Sokal Affair” before.) In 1996 Sokal published an article in a postmodern academic journal called Social Text. He wanted to see whether “a leading North American journal of cultural studies…[would] publish an article liberally salted with nonsense if (a) it sounded good and (b) it flattered the editors’ ideological preconceptions.”

So much for academic integrity. In reality, the pervasive “new-speak” is not new at all; academic jargon and nonsensical scholarship was around a century ago, for Hilaire Belloc inveighed against the language of the “Higher Criticism” even then. There is a difference between real intellectual discourse and fake intellectual discourse, between real interpretation and false interpretation. “It’s a little like mystical religion,” says Scruton, “which promises all the benefits of real religion without having to believe anything.” This idea of belief lies at the heart of the problem.

Perhaps the greatest contrast to this modern crisis in the fidelity and meaning of language is found in the image of Homer’s “winged words.” It’s almost impossible to imagine how this ubiquitous and beautiful fragment is merely accidental to Homeric style, for it appears 125 times in the Iliad and the Odyssey both. “In modern times,” writes F.M. Combellack, “scarcely any self-respecting commentator on Homer has felt able to omit more or less lengthy comments on winged words” (21). Such a description often attends the speech of the gods or the eloquence of a mortal. During the funeral games of Patroclus, for instance, Nestor speaks out “winging words” (23.696), gratefully responding to Achilles’ charitable gift.

But regardless of what scholars have said about “winged words,” let us be content with one interpretation as it relates to the language and content of modern academics. The meaning seems clear in the metaphor: Homer likens speech to a bird’s winged flight. What other image could better convey or “carry over,” as the word metaphor suggests, the content and beauty of one’s soul than a bird sent out in flight? Let us say therefore that when one has “winged words,” the message has reached its destination.

In semiotic terms, content of the signified has been transmitted to the receptor of the signifier unscathed. But the bard simply uses “winged words.” And at the very least, that simple and human phrase expresses how the meaning of one’s speech can make the journey from port to port, safely over the vast and empty expanse of ocean; words with real wings fall not like Icarus into the sea.

But many recent scholars seem to doubt Homer’s confidence in “winged words.” For them, language is a false and fallen dove, incapable of bearing meaning in flight; and because the post-modern is skeptical towards language, he is also skeptical towards meaning. Can we trust our words? How do we know what an author really meant? Looking upon such a vacant distance, what winged dove can cross the ocean to safely bear the meaningful olive branch?

Perhaps the root of this doubt towards language lies in the idea that there is no meaning in the world which we do not make for ourselves; perhaps the lack of confidence in universal meaning has led to the belief that language is a leaking vessel, that logos cannot ultimately be trusted, and that an author’s intent is full of the “slippage” of meaning. Unlike postmodern scholars, however, Homer believed in the meaning of words, and reminds us that though the beauty of speech is something divine, it is not exclusively divine. For we see that humans also share this ability with the gods. Deep cries unto deep in Homer, and we find that mortals too can safely send out their “winged words” in the turbulent flight of human existence.

All this of course raises many questions of what to do about the crisis in Humanities departments. What does this mean for the future of academic study in the Humanities? How might a return to ancient or medieval approaches to language affect current and future modes of literary research in higher education? How might the cultivation of ancient and medieval hermeneutics reorganize the critical priorities of scholarly discourse today?

Again, we might look no further than to medieval exegesis, which as a unifying principle might better organize and sanctify the critical priorities of the Humanities. The Fourfold method, for instance, is not merely one way among many ways of reading; rather, it holds together the One and the Many in harmony.

By contrast, modern methods of interpretation offer (at best) sterile insight, often in the end proving to be only a private fetish. A brief survey of the “Reader Response” exposition in undergraduates should show that. The many-headed hydra of modern Critical Theory, which now comprises much of the core study in the Humanities, is insufficient to grasp the significance of works in the Western Literary Tradition, especially those in medieval and renaissance periods; Marxist, Feminist, or Psychoanalytic readings not only lack imaginative competence and accuracy but also lack charity towards preserving authorial intent and meaning.

Instead of looking only for evidence to justify the prejudices and predilections of the reader, however, medieval exegesis possesses the unique ability to comprise both the concerns of the reader while preserving the intent of the author; it allows difference within its unity. This is also not necessarily a dismissal of Marxist concerns, for instance, but rather a reordering of its priorities. Ultimately, Marxism (and Feminism) is a moral reading; archetypal criticism is an allegorical reading; formalism is a deep literal reading. Furthermore, we might say that such a hermeneutic preserves all the Transcendentals of meaning, not merely the True (the literal, grammatical-historical) but also the Good (moralia, or the tropological) and the Beautiful (the allegorical and the anagogical). The Fourfold reading is itself a typological cross on which are stretched out the varied and disparate concerns of what it means to be human, for only a hermeneutic of charity can simultaneously hold in balance the literal, moral, allegorical, and anagogical concerns in literature. 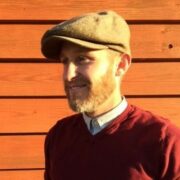