Facts Do Not Train Affections, Subjective Judgments Do 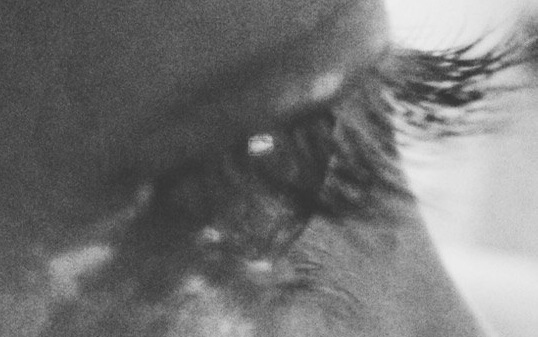 I. How thick are the boundaries which separate one historical era from another? Who can say when the Medieval era became the Renaissance? What has the authority to declare the beginning of the Reformation?

A great many historians are leery of heavily demarcating one era from another. The periods of history are not like the periods of a hockey game. There was no buzzer which sounded at the end of the Medieval era. There was no brief intermission between the Medieval and the Renaissance wherein subsistence farmers walked from their hillside homes into previously unoccupied cities and resumed their lives, now become sellers and tinkerers. The prudent historian recognizes that the shift from one epoch to another is glacial, massive, and that the tenants of an epoch are constantly up for revision. History does not move homogenously forward. The effects of “the Renaissance” may have been felt more acutely in one Italian city long before another, or else Russia might have remained Medieval long after the Reformation. Given the circuitous path of news, it is possible the first shot of World War III was fired weeks ago and that we will not know about it for several years, or historians of the future may determine that WWIII came and went sometime between 9/11 and Obama’s reelection.

While I recognize the difficulties of periodization, as a teacher of history to high school students, I have relied heavily on periodization. At worst, periodization is still helpful in establishing frameworks for study. A child’s catechism and a grad student’s catechism may have many points of departure. I teach my little girls that God “lives everywhere,” but I teach my philosophy students that “God is beyond place, for God is place itself.” While drawing thick, heavy lines between Late Antique and Medieval, early on as a teacher, at very least, I always thought to myself that my work was sufficient for high school students and that, if any went off to study history in college, they would gain a far more nuanced understanding of how one era gives way to another.

However, more than a decade into my career as a teacher, I have slowly found myself comfortable with the heavy lines. I have read painstaking mosaics of epochal shifts (Hillerbrand’s work on the 16th century, say) and found them immensely valuable, and yet that value is of curious relation to the realm of theology and ontology— what man is, as opposed to what he does or has. Eight or nine years ago, I was speaking with a devoutly secularist friend about V For Vendetta. “The film was quite alarmist,” I said, and then, “It’s not as though homosexuality is going to be banned by the government anytime soon. Your people are winning the political end of the argument, after all.” With unfeigned confusion, he replied, “What? Wrong. The homosexual community is under eminent threat by the government. The film will prove prescient.” We both assumed the other side was obviously on the ascendant. Viewing the fallout from the latest election cycle, it seems man is genuinely incapable of reading the progress of history in any kind of reasonable manner. Regardless of where you place your sympathies, we think in terms of the Golden Age and the Dark Age. The average man is incapable of arranging “the facts” in such a way that he judges the world to be merely carrying on as it always does. I worked in market research for years and, while conducting political surveys, regularly asked people, “Is the country headed in the right direction, or have things gotten pretty seriously off on the wrong track?” I never once heard a person balk at the options. While some historians sketch out the minutiae of change and hesitate to make judgments about this era becoming that era, the layman views history as a spiritual story. In the same way you must convince the layman there is no god, so you must convince him there is no god of the age. We believe in the divine as naturally as we believe in the zeitgeist.

II. “He who saves one life saves the world entire.”

The maxim neatly represents the universal nature of man. Man is the microcosm, the little cosmos, the tiny everything. Moon, Mercury, Venus, Sun, Mars… each man is everything, every flower, every sphere, every nation, simply writ small. In any one man, the whole history of mankind may be intuited. While history is too grand to discern in one fell stroke, we may study a single man and know something about the progress of history.

It is true enough that a human being changes slowly. The transition between infancy and speaking is incremental. During adolescence, a boy gradually comes to know himself. We may speak of “the first year of marriage” as a discreet measurement of time, but for some couples, the first year of marriage takes well-nigh a decade. We may describe the embarrassment of the middle school years— the loss of innocence around the eyes, the hanging lip— although some boys pass through it in a matter of weeks, while others never get over it.

However, a man’s life is given to other kinds change which do not take place over years, but minutes. The hour a man marries, a whole range of behaviors which have hitherto been unallowable are suddenly allowable, and vice versa. In the span of a few hours, a young woman goes from thinking herself incapable of bearing children to knowing otherwise. Pregnancy is similarly sudden. A battery of legal powers are suddenly received at a certain midnight. If man is a microcosm, then these abrupt changes of being surely have analogs in the history of mankind, as well.

Of course, Christianity acknowledges such massive, sudden changes. The Fall occurs on a particular day. The prelapsarian/postlapsarian wall sharply divides one side of history from another. As does the antediluvian wall. As does the distinction between Old Testament and New Testament. God is often shown making general judgments of Israel which resist complication. “Again the Israelites did evil in the sight of the LORD…” is no more nuanced than, “Medieval men were more pious than Renaissance men,” though the latter statement is apt to ruffle the feathers of a few historians. Which Medieval men? Monks? Farmers? Do you mean Roman farmers from the 7th century or English aristocrats from the 11th century? What do you mean “Medieval men”? As for which of “the Israelites” did evil, and how many did evil, and how evil their evil was, Scripture is silent, but assumes the judgment is fair in itself and sufficient to justify the Lord’s response to their evil.

I am not looking to draw a distinction between the mind of a poet and the mind of a scientist, but between someone who wants to hear a story and someone who doesn’t. There is a certain kind of person who would not let Christ get passed, “Not long after that, the younger son got together all he had, set off for a distant country and there squandered his wealth…” without asking, How long is “not long”? Days? Weeks? And what do you mean the younger son got together “all he had”? Even the dust under his bed? Did he take the dust with him? And how distant is this “distant country”? Hundred miles? Ten miles? How distant is “distant” back in first century Palestine? And what do you mean “squandered”? Did he get nothing in return for his money? Did he stay in a hotel? Was he charged a reasonable rate for the room? If so, he squandered part of his money, but not “his wealth,” because “his wealth” means all of it. Do you mean he “squandered part of his wealth”?

While reasonable people do not listen to stories this way, historians are occasionally tempted to read history this way. The most significant problem with the historian who objects “It’s not that simple” to any value judgment (“The Medievals were more pious than us,” or “The Israelites did evil…”) made about the past is that the students of such historians receive no education into what is virtuous. Was Constantine a good man? Who can say? Was he sometimes good? And on the occasions he was good, was he entirely good? It’s possible to Zeno any claim made on the past into nothingness. If the alleged goodness of any man of the past can always be halved, who can be imitated? Facts do not train affections, and there is no magic point at which the facts reach such a velocity that they Ovid into moral imperative. The good historian must make disputable, offensive, non-objective judgments of the Past if he would have his students become like Constantine or Charlemagne. Who were good.