Every Sin Is A Small One: How To Safely Betray Christ 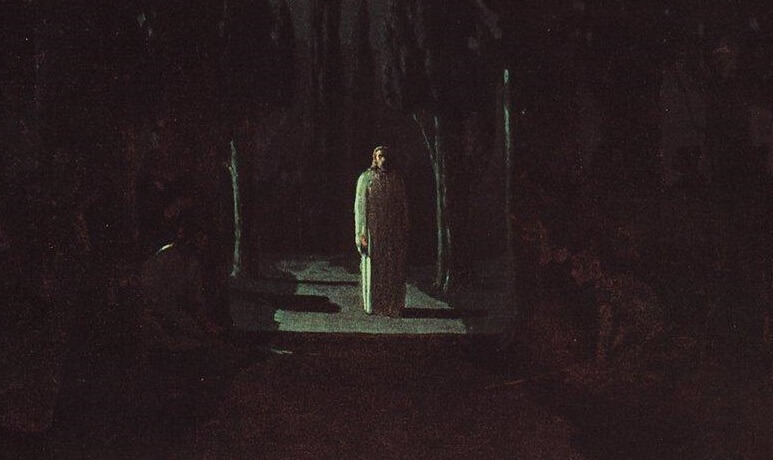 The story of Judas is the story of a man who thought he was going to get away with everything. In fact, everything about Judas’s Holy Week interactions with the chief priests, Christ, and the apostles suggest that Judas intended on returning to his life with the apostles after Christ was arrested.

Judas departed the Last Supper on the pretext that he was going to buy bread and make a donation to the poor. At the Supper, Christ informed the apostles that one of them would betray Him, but each apostle suspected himself. St. Peter probably heard his friends ask, “Is it I, Lord?” with bitterness and self-hatred, because he had already been privately told by Christ that he, Peter, was the betrayer. While the Supper continued, Judas informed the chief priests and guards of the location of Christ, but when they returned to the upper room, Christ was already gone. During Holy Week, Christ spent His days in Jerusalem and His nights in Bethany, at the house of Lazarus. Christ never slept in Jerusalem. We can imagine Judas standing on the street outside the upper room and the guards returning a moment later.

“There’s no one here,” they would have said.

“There’s only one other place He might be,” Judas would have replied.

Did the guards trust Judas, or did they immediately begin to suspect they were being tricked?

The two-mile march from Jerusalem to Bethany would have been met with skepticism, especially when Judas and the guards turned up at the house of Lazarus and discovered Christ was not there, either. Again, we may imagine Judas waiting on the lawn of Lazarus’s house while the guards ransacked the interior, waking the newly-famous Lazarus, his sisters, but not Christ.

At this point, Judas probably feared for his life.

“This is a classic bait-and-switch,” the guards would have said.

“I swear it’s not,” replied Judas.

“Why? Because you’re an honest man?”

“I’ll give the money back,” replied Judas.

And the guards would have made ready to kill Judas on the spot, but then Judas spotted a torch nearby and told the guards that Jesus sometimes went to Gethesemane to pray.

In the Garden, Christ told his apostles that His betrayer was at hand, although they continued to believe it was one of themselves. Judas was still in the city, distributing bread to the poor. Obviously, it was not Judas. The fact that all the apostles keep falling asleep is even more tragic when we understand they each believed one of their own kind would betray Christ. Jesus tells them all to stay awake, lest the betrayer alone stay awake and slaughter the unprotected Lord, then feign sleep and feign surprise to find Christ dead when they all woke up. In Till We Have Faces, Lewis suggests by way of Orual that, “[The heart of a man] is never so wholly given to any matter but that some trifle of a meal, or a drink, or a joke, or a girl, may come in between them and it, and then (even if you are a queen) you’ll get no more good out of them until they’ve had their way.” Not even the death of God Himself can keep a man from a nap.

The disappointment of Christ in His friends’ inability to overcome their carnal needs is heartbreaking: “Are you still sleeping and resting? Look, the hour is near, and the Son of Man is betrayed into the hands of sinners. Rise, let us go! Here comes my betrayer!” As Jesus chides the apostles for falling asleep, He breaks off His thought to gesture towards Judas and say, as it were, “See! This is what happens when you fall asleep on the job. I asked you to stay awake and pray so you could warn me when the betrayer was at hand, but now I’m the one who is warning you. Look, there he is.” The Gospel story shows us the horror of falling prey to the needs of the body, the human things, the carnal things, the passing things, the things of this world, the things of the body, while the spirit languishes and starves and turns towards nothingness and death and corruption.

When Judas approached Jesus in Gethsemane, he approached him alone. The band of soldiers waited in the wings, out of sight. In the dark, only a friend of Christ would be able to discern Him from the rest of the apostles. The kiss marked Christ for the soldiers from a distance. When the soldiers arrived two minutes later, Judas could plausibly claim to the other apostles, “I was followed! I can’t believe it!” If Judas did not need an alibi, the kiss would not be necessary. The kiss, however, is proof that Judas thought he could get away with it. We all need just such an excuse. We all delight in a reasonable story which accounts for our evil.

At the same time, we also want to remain close to Jesus. Both Judas and Peter follow Jesus secretly after His arrest. Judas is present to see Pilate condemn Jesus (Mt. 27: 2) and Peter follows at a distance, keeping abreast of the results of the arrest, even while he does not want to be made alloy with Christ’s cause. At the home of Caiaphas, Peter remains in the courtyard, waiting to hear news from inside, where Jesus is being tried. Peter wants to be near Christ, but he is terrified to accept the fate which comes with it. Peter desperately wanted to love Christ more than he actually did. Peter wanted to be a safe distance from Christ, close enough that he might mourn when Christ was executed, but sufficiently far away that he might escape execution himself.

Every man is Peter. We have all sworn our fidelity to Christ, but excused ourselves from our obligations because of stress, diet, fear, family, or biology, and huddle just close enough to Christ that we might be confused for His disciples, but just far enough away that we might be nothing more than innocent bystanders. This perfect distance will allow us the fate of Judas. From here, we can get away with everything.

But why betray Christ if we intend on returning to the fold? Judas simply regarded his sin very lightly. He did not think a minor betrayal of Christ to be of much consequence. When Judas saw that Christ was condemned to die, though, “he was seized with remorse” (Matthew 27:3), which suggests that Judas never thought things would go as far as they did. After all, he agreed to tell the chief priests where Christ was, but he never agreed to kill Christ or to testify against Him. The torture, mutilation, and slaughter of God was not the result of Third Reich ambitions, but the consequence of a lot of petty jealousies, minor indiscretions, plausibly defensible motives, small lies, and hasty decisions.

But, really, every one of my sins is small. Only other people commit large ones.