“Every Capacity for Good”: Advice from Charlotte Mason for Planning A New School Year 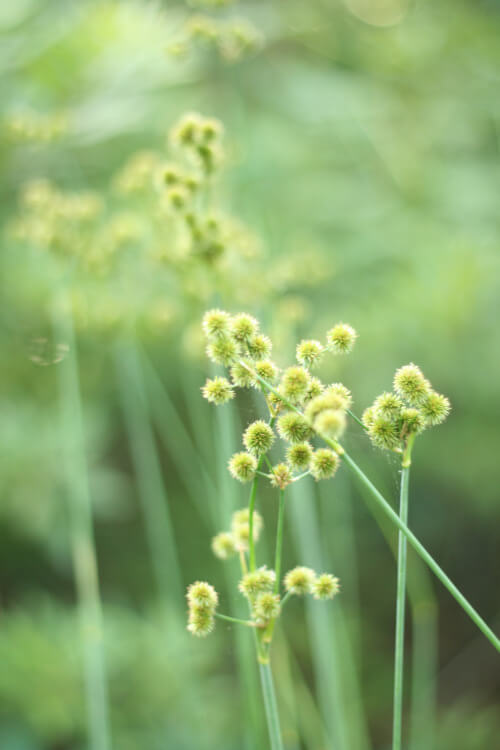 “If a human being were a machine . . . the work of the educator would be simply to adopt a good working system or set of systems. But the educator has to deal with a self-acting, self-developing being, and his business is to guide, and assist in, the production of the latent good in that being, the dissipation of the latent evil, the preparation of the child to take his place in the world at his best, with every capacity for good that is in him developed into a power.”

Read that again—memorize it, if you can. It might be the soundest exhortation and surest comfort you’ll find in these early weeks of the school year.

For it is in these weeks that teachers are lured to the quest for the Perfect Plan: the one that marries flexibility and efficiency, that leads with steady leisure through every book in the curriculum, that adapts readily to every student, that eschews busy-work and prescribes a perfect measure of meaningful assignments, that can be repeated year after year without losing its freshness. During the last week of summer vacation, they may think they’ve caught it, pinned it on paper in tidy week-by-week columns of page numbers and assignments. Yet by the second week of school, it has fluttered away amidst the confusion of students and surprises, delays and weather-days, leaving the teacher to scribble all over the pretty pages and mumble, “Maybe next year . . .”

But that Perfect Plan is a pied piper. Belying its merry music, it casts students as machines, and education a mechanistic system, rather than the hard but high craft of assisting “self-acting, self-developing beings” to actualize “every capacity for good . . . into a power.”

The words are Charlotte Mason’s, and they come near the beginning of the first volume of her teaching series, titled Home Education (meaning, not “homeschool,” but the often-informal education all children receive from their families at home). As she sets forth her purpose for writing, she distinguishes between “systems” and “methods” of education, with insight pertinent to the teacher who must re-re-work those hapless lesson plans.

A “system” is “the observing of rules until the habit of doing certain things, of behaving in certain ways, is confirmed, and, therefore, the art is acquired.” While systems are “successful in achieving precise results,” and are “highly useful as an instrument of education” for teaching specific skills—think of a system of phonics, or handwriting, or multiplication—it is “mischievous” to try to fit all the facets and goals of education into one overarching system (or Perfect Plan). For, by nature, a system can produce only repeatable, uniform results; and though it is desirable that all students learn to acquire the same skills, it would be anti-human to similarly systematize their intellects and imaginations, the “vital growth and movement of a living being.”

Instead of a system, Charlotte Mason offers the way of “method.” While a system begins with rules, a method begins with contemplation: “The following of a method implies an idea, a mental image, of the end of object to be arrived at. What do you propose that education shall effect in and for your child?” Like Paul’s exhortation that we gaze on the glory of Christ in order to be transformed into His same image, so the methodical teacher begins by gazing upon the mental portraits of the men and women he hopes his students become.

With the foresight that this vision provides, the teacher then is able to discern “two things—a way to an end, and a step by step progress in that way.” In Charlotte Mason’s thought, method is to system not as haphazard is to orderly, but as a walk is to a march. Both imply rhythmic, sequential, directed movement; but in a march, the rhythm, sequence, and direction are arbitrarily determined by an outside authority and dictated for a mass of people, whereas in a walk, the rhythm, sequence, and direction originate from the ability and desire of a few people going together. Furthermore, because a march’s sole purpose is to reach a destination, all contextual details (such a landscape or companionship) are ignored as superfluous; similarly, in a system, only outright lessons and assignments are regarded as educational. But just as, in a walk, the surrounding sights, sounds, smells, and company are an integral part of the whole experience, so too in a method the entire atmosphere and community of learning are part of education.

This distinction runs deep to the source of Charlotte Mason’s teaching philosophy. Any of the many systems of education are founded on artificial (man-made) rules. By contrast, Charlotte Mason aims to set forth a method founded on Natural Law—the orderly, discoverable, cause-and-effect patterns of our divinely-created world. And because these patterns arise from the created world rather than being applied to it, they intertwine with more facets of the child’s life than the most exhaustive system of artificial rules could attempt to address: food, sleep, play, conversation, physical surroundings. As Charlotte Mason says, parents and teachers “let themselves be run away with often enough by some plausible ‘system’ . . . [because it promises] easy satisfaction [appealing to] the sluggishness of human nature, to which any definite scheme is more agreeable than the constant watchfulness, the unforeseen action, called for when the whole of a child’s existence is to be used as the means of his education.”

Having weighed anchor in these ideas, Charlotte Mason launches into the rest of Home Education’s detailed prescriptions for parents nurturing young children. But for the working teacher of older students, too, this distinction of system from method, rule from Natural Law, is as practical as it is philosophical.

It counsels us, first, to devote time to contemplation before hurrying into action. When forming or revising plans for curricula, pacing, class sessions, or unforeseen needs and circumstances, our limited time pressures us to hasten right into particulars: changing books, rewriting assignments, restructuring classroom liturgies, forming student action plans, and the like. But this is to scurry to the rules of system rather than remember the mental image motivating method. We could begin every planning session by contemplating Charlotte Mason’s expansive question: “What do you propose that education shall effect in and for your child?” Can you picture the men and women you hope your students become at the end of this week? Of this year? Of their lifetimes?

Having contemplated this image, we can (changing metaphors) consider the landscape that surrounds the way to your end. A system assumes that only the repeatable, measurable, standardized actions we assign to students help them progress towards the destination. But a method understands that every detail of students’ time and space is shaping them in some way: not just your pacing guides and assignments, but your tone of voice, your style of dress, your students’ tones of voice and styles of dress, your classroom’s furniture and decorations and sounds and smells, its small talk and its taboos. As Charlotte Mason says, “Method, with the end of education in view, presses the most unlikely matters into service to bring about that end . . . The parent [or teacher] . . . will make use of every circumstance of the child’s life almost without intention on his own part, so easy and spontaneous is a method of education based upon Natural Law. Does the child eat or drink, does he come, or go, or play—all the time he is being educated, though he is as little aware of it as he is of the act of breathing.” As you are writing your lesson plans, consider the whole life of your classroom as integral to your teaching. And as you rewrite your plans because they didn’t work as you hoped, take heart that education is much larger than anything you can write out.

Finally, having surveyed the whole of the way set before you, walk with steps, not leaps. Journeys are not made in one leap, and neither are educational goals. “What shall we do today?” is answerable; “What shall we do all year?” is not. While you may sketch your notes in advance, each day will present a new set of circumstances that cannot be anticipated—and these are as important to education as the more predictable books and assignments. The methodical teacher both prepares in advance and improvises in the moment.

The first days of school can bring wonder and weariness, exhilaration and exhaustion; and, in either extreme, they bring to “large hearted educators” the calling to “aid the many sided evolution of the living, growing, most complex human being.” It is not an easy task; there is no single foolproof system. But there is wisdom, there is method, and above all, there is adventure for those readied to meet it.