Engaging Culture, Cloak For Mediocrity: Giving Up On Pop Music 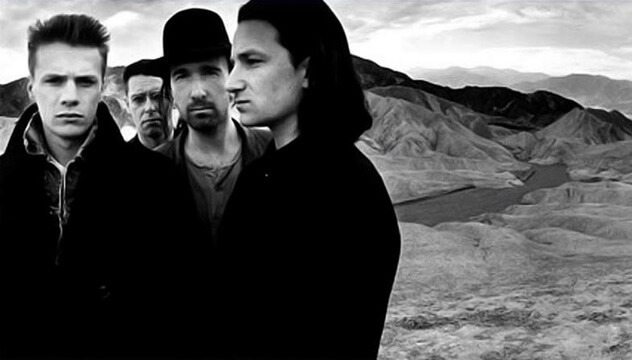 In the last year, I have written more than a dozen articles elucidating the classical prejudice in favor of old things. As I wrote these essays, I was chagrined that most of my tastes did not ascend (or even try to ascend) to those heights I know are consistent with maturity. When Lent began this year, I swore myself off popular music. “I will only listen,” I said, “to music which is more than a hundred years old.” Two weeks later, I began unloading my CD collection on local record shops.

Conversations about The Benedict Option over the last several weeks should confirm in the mind of any attentive reader that the expression “engaging the culture” has been emptied of any meaning through reckless overuse. Ask ten people what it means to “engage the culture” and you will get eleven different answers. For some, engaging the culture means inviting neighbors for dinner. For some, making subtly Christian films which will soften the hearts of unsuspecting secularists. For some, public debates with local scientists. And for some, “engaging the culture” means writing think pieces about how the latest Kanye West record reveals his latent desire for a Savior.

I have long been in the thinkpiece camp, reading popular culture as a series of coded communiqués from incarcerated human souls, each catchy, Top 40 missive deciphered only with a Gospel decoder ring. At the same time my intellect has been sharpened through constantly looking below the surface of Radiohead songs for what is really going on here, it hasn’t been sharpened a lot. I can interpret the living daylights out of popular culture, but while I have never used this skill as a cloak for vice, I have used it as a cloak for mediocrity.

St. Paul’s Mars Hill sermon has been central to my career as a pop culture apologist. The Apostle is one who “examines the objects” of pagan worship, and so should all faithful Christians; the Kanye-thinkpiece advocate is thus performing an essentially Pauline work, for Paul does not merely glance at pagan idols, he examines them, contemplates them. The secularists of our age “worship in ignorance” things which Christians can proclaim, and how can we speak to the secularist about what “your own poets have said” unless we are familiar with the work of secularist poets?

However, the pagan poet St. Paul quotes in the Mars Hill sermon was more than six hundred years old when the Apostle referred to Him in Whom we “live and move and have our being.” St. Paul isn’t cribbing lines from the first century Rihanna or the first century Cormac McCarthy. Nothing in the Mars Hill sermon suggests Paul was keeping abreast of the Billboard 200 chart just so he could namecheck a Drake song while sharing the Gospel with a 17-year-old kid from Washington High across town. The modern man quite simply lacks an analog to “your own poets.”

My excuses for deeply involving myself in popular film and song have ever depended on hypothetical situations which are ludicrous to describe. Every day, I work in the presence of Christians. I write for Christians. I rarely strike up conversations with strangers. However, I have spent the lion’s share of my leisure hours preparing for hypothetical conversations which are never going to happen. I have likely listened to Interpol’s “Obstacle 1” a thousand times, and I could compose a theme of many pages which explains the Christological nature of the unnamed woman in the song, but to no end. I have become deeply acquainted with “your own poets” and little acquainted with the poets of my own tradition. I have more to say about Thomas Yorke than Thomas Aquinas. I have committed more time to Bowie than Boethius, given more heart to the Daily Mail than the daily readings. I have used the fact I am a clever enough interpreter of popular culture as warrant to steep my soul in popular culture, all the while avoiding art which is perplexing, difficult, godlike. “This is art which reflects the brokenness of the world,” I have said, often enough listening to and viewing things which do not reflect the brokenness of the world so much as add to it. I have grown weary of art which merely exists to reflect the brokenness of the world. I know the world is broken, so give me some fine reality to live vicariously instead. Show me the angels. “Life on Mars?” suggests the world, comments on the world, but does not point at anything beyond this world which I can strive after. Popular music glorifies a bad situation but offers no direction. A spirit of searching and longing attends the best pop music, though the search is aimless and the longing arbitrary, unformed. Rachmaninoff’s Vespers (Op. 37) is also about longing, though it lacks the craft cool of Modern Vampires of the City or the high vaulted passion of The Joshua Tree. Rachmaninoff cannot offer any Christ-haunted cosmopolitan thrills, for he is not haunted by Christ, but inhabited by Him.

The Mars Hill sermon closes with St. Paul characterizing “your objects of worship” and “your own poets” and all the Christ-haunted intuitions of Frank Ocean, Vampire Weekend, and Michael Chabon as consonant with “times of ignorance.” If Paul opens the Mars Hill sermon with friendly words for the poets of brokenness, he closes his sermon with buckets of cold water. “God is now declaring to men that all people everywhere should repent because He has fixed a day in which He will judge the world in righteousness,” says Paul, leaving behind the cordial diplomacy of his opening remarks. God overlooks our former foolishness because He is lenient and clement, but we may not depend on His lenience alone. Repent. The judgment of your motives is at hand. The judgment of your tastes is at hand.