Dogma or Worldview: What Makes A Man Tick? 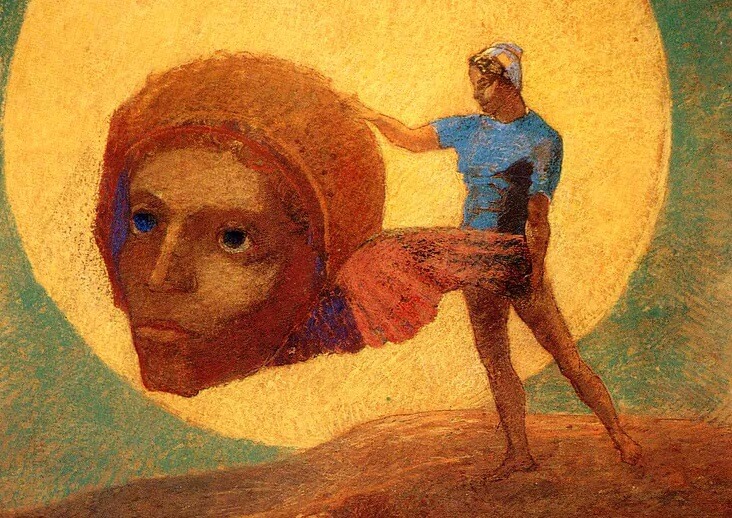 A chasm separates “worldview” and what is commonly meant by “worldview analysis.” I have no issue with a class wherein different worldviews are taught, insofar as “worldview” refers to a series of related presuppositions. I am more than content that worldviews exist (like gravity, the number four, and dogs exist). On occasion, I refer to “worldviews” while teaching and I have seen various benefits which come from students reading books about competing worldviews.

3. Conceive of man in Enlightened terms. Worldview analysis typically involves “processing” a book in much the same way that a large piece of industrial machinery processes milk or corn. When a machine is working properly, it is unaffected by that which it processes. In fact, machines have to be cleaned from time to time in order to remove the substances they process, for the substances can ruin the machine.

These objections are rather standard, though, and I would like to offer up a few comments on worldviews— even while I believe worldviews are real, and that everyone has one, and that referring to worldviews (on occasion) in class is a fine thing to do.

As a traditionalist, I feel duty-called to balk just a little at the importance assigned to worldviews simply because “worldview” is, all things considered, a relatively new term. Having read the Republic and the City of God, I know that neither Plato nor St. Augustine speak of worldviews. Neither does St. Paul or Boethius or Dante. Why not? What older term or concept is “worldview” replacing? And why is “worldview” a better term than that term? If someone argues that “worldview” and “wisdom” are essentially the same, why the change? When St. Stephen claims that Moses was “educated in all the wisdom of the Egyptians,” does he mean that Moses had an Egyptian worldview? If not, what is this Egyptian wisdom of Moses? Why is it “wisdom” and not “worldview”?

While I like to joke about how German most worldview analysis strikes me, the genuine problem I have with taking worldviews so seriously is that they are built on presuppositions, not dogma. Presuppositions exist in the world of ideals, the world of forms, however, dogma is composed and enforced by human beings. When I refer to dogma, I mean a claim with identity-making power. Presuppositions do not have identity-making power. Lutheran dogma has the power to create Lutherans. Catholic dogma has the power to create Catholics. Islamic dogma has the power to create Muslims. Dogma is that credo which grants a title. A man may not claim to be Lutheran if he has not submitted himself to Lutheran authorities who have received his vow of loyalty to Lutheran dogma. A PCA minister may change his presuppositions without arousing the notice of the presbytery, provided those presuppositions do not challenge the minister’s allegiance to PCA dogma. But when the minister infringes upon PCA dogma, the presbytery is rightly incensed. Presuppositions do not strike me as actually having much power to determine human action or human identity. Despite the fixedness which many worldview analysts speak of the presupposition, I see presuppositions change quite frequently. A man is far less apt to change his dogmatic commitments, though.

The issue I take with the claim, “You need a more Christian worldview,” is that it prizes presuppositions over dogma. While appealing to Scripture, the worldview is often a lonely thing, a me-and-my-Bible thing. I am content to tell a Presbyterian, “You need to be more Presbyterian.” I am content to say to an Orthodox Christian, “You need to be more Orthodox,” or to an Anglican, “You need to be more Anglican.” However, even the soundest of worldviews is removed from ecclesial authority, Church identity, and moral accountability. Ideas have consequences, but ideas only have consequences through people. I have been yelled at by Christians, but I have never been yelled at by Christianity. Men do not love ideas, but they will die for their wives. When I say I am conservative, I really mean that I believe everything Remi Brague and Edmund Burke say about history. America is not so much full of hedonists as it is full of people who love Rihanna (et cetera, ad infinitum), a woman whose music is about the unconditional pursuit of personal pleasure. People love people, not ideas. People obey people, not ideas. And people make and enforce dogma, not presuppositions.

The move toward presuppositions and away from dogma makes sense in the light of an anticlerical society. I regularly hear people announce their church affiliations by throwing their churches under the bus. “I go to First Presbyterian, but I’m really not into the music…” “I go to Trinity, but I’m not one of those people who is really into it…” A little chic, performed boredom with your dogma’s traditions is the ante for moving through a pluralist, idealist society. Dogma does not stem from the individual, but presuppositions ascend to and from heaven on a ladder firmly staked in the autonomous will. If presuppositions have overtaken dogma, it is no happy thing.

If there was ever a time in late antiquity when “worldview analysis” might have been on the line, surely it was the first ten books of the City of God. Augustine goes over Roman history with a fine-toothed comb. He exonerates a little of it, condemns much of it, debunks a few claims, exposes contradictions between faith and praxis, but is little interested in pagan presuppositions. Rather, he is very interested in pagan actions, pagan deeds, pagan works, pagan righteousness. Of course, if a Christian is in the habit of speaking dismissively about works, whether good works (“They’re just filthy rags, you know”) or bad, it makes sense for him to deal primarily in the realm of abstractions. However, even a child is known by his deeds.