In Defense of Preachy Children’s Books 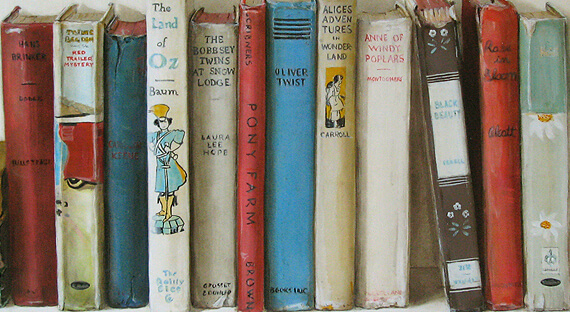 “Kids can smell morals. And they smell like Brussels sprouts.”

That line summarizes, more pithily than most, the general attitude towards “preachy children’s books” reflected in a cursory Google search. It comes from an article by a published author giving tips for writing children’s books, and most articles of that sort seem to include, fairly high on the list, the admonition to avoid preachiness at all cost.

But why was I Googling “preachy children’s books” in the first place? Re-reading Little Women this past week with a student whom I’m tutoring over the summer, I was struck by the amount of overt sermonizing that occurs every few pages. After a day’s escapades and adventures, Meg, Jo, Beth, and Amy inevitably curl up by their cozy fireside to talk everything over with Marmee. Their beloved mother listens and then responds with her wise counsel, sometimes in the form of a fable made up on the spot, other times in direct chastisement and exhortation. And, though Jo does at one point urge Marmee to “Tell another story, mother; one with a moral to it . . . I like to think about them afterwards, if they are real, and not too preachy,” the girls nevertheless eagerly accept admonition that would most definitely be considered “too preachy” by any modern children’s book publisher.

Nor is this tendency towards “preachiness” exclusive to Little Women; it is, rather, a characteristic of many older children’s books—and adult novels too. Recall the narrator’s pointed moral commentary on characters’ actions in George Macdonald’s Curdie books, or Ma’s instruction of her daughters in Little House on the Prairie, or the direct appeals to the reader’s conscience in Uncle Tom’s Cabin or Jane Eyre or Tale of Two Cities or Middlemarch, or even the earnest conversations in which Jane and Elizabeth or Elinor and Marianne attempt to sort through the evidence of their suitors’ moral fibre or failings in Jane Austen’s beloved novels.

Indeed, when both the novel and the children’s story were in their early years of development, esteemed critics and publishers encouraged overt didacticism in both literary forms. John Locke and Samuel Johnson both wrote eloquently on the need to combine instruction with delight, and publishers such as John Newbery (one of the first producers of literature specifically for children, whose name is now familiarized in the Newbery Award for children’s books) followed these instructions as they shaped the trade. Little surprise, then, that so many of the most beloved children’s authors, from Alcott to Macdonald, never shy from an opportunity to include didactic digressions in their stories.

More surprising then, given the enduring popularity of “preachy” classics like these, is the shift wherein modern critics, publishers, librarians, teachers, and—most significantly—young readers regard morals in literature like Brussels sprouts on their dinner plates. I do not know when the opinion shifted, but it has, nearly monolithically, and it would be a fascinating study to trace when, where, and why.

As near as I can tell, the arguments against preachy children’s stories range from shallow to significant. On the shallow end is the argument that children will, by nature, “tune out” anything that smacks of a sermon. The following excerpt (again, compliments of Google) typifies this argument:

Adults patronize kids almost all day, so as an adult ourselves, it is too easy to make this mistake. The key here is to make your point without going too preachy or didactic. Nothing can turn children off faster than a lecture, or worse, a moral lesson. Kids want to be entertained and delighted. The first thing you can do is erase the words moral, teach, message, and lesson out of your vocabulary. Instead, trust your readers to figure it out through the storyline and actions that your characters take. Another tip is to keep authoritative figures, like parents, teachers, or older siblings, in the background. Lastly, never let the adults in the story tell what the main character should do. Remember, it is a sin to preach in fiction.

I shall let that argument stand for itself, and not belabor a rebuttal; anyone already committed to classical education likely does not need to be convinced that kids’ desire for entertainment should not determine the content of their reading, nor that authoritative figures ought to be honored rather than stuffed in the closet.

On the more significant end is an argument I do believe we must grapple with: the perspective that moralizing in a story might demystify what is supposed to be a holistic, intuitive experience; that it reduces to one platitude the tapestry of truths that make up a book’s message; that it attempts to convey insight by a shortcut to the mind, when the only reliable route is the long road through the senses, the gut, the heart.

Take note—it’s not so much a question of whether narrative or didacticism is more effective; it’s a question of whether they play in harmony or drown each other out. I affirm the power of story over sermon to persuade the soul of moral truth, and I find the chief evidence for this in the composition of Scripture itself: God reveals truth—reveals Himself—first and primarily through story. But I wonder whether, so passionate for the power of story, we might stray into a fallacious either/or, and that this fallacy lies at the heart of the modern itch to remove any hint of “preachiness” from storytelling.

Though it’s a philosophical and pedagogical question—how is truth to be known and taught?—it is also an experiential one: how do children, as far as we can observe and they communicate, come to know truth? And, because each of us knows one child’s experience better than any other’s, the question pushes us back to contemplate our own early reading experiences.

I myself was a voracious young reader—far more so than now, as I often reflect with chagrin!—devouring classic children’s literature, historical fiction, fairy stories, and any “grown-up” novels whose plot I could follow just enough to justify ploughing through the dense prose. I was profoundly shaped by the characters I encountered, to the point that my hobbies at any given time were more or less an imitation of my current favorite book, and my speaking vocabulary tended to mirror theirs as well (with often-humorous effects).

But, while being thus captivated by the elements of story, I also distinctly remember relishing the didactic passages I encountered. Marmee’s advice to her daughters, Marilla’s talks with Anne, a G.A. Henty hero’s contemplation of courage, Macdonald’s pastoral chastisement of his fairytale folk—these stirred my sense of nobility and often came into my mind in moments of decision, invigorating my own soul to strive for the ideals they articulated. Indeed, they are some of the passages I still remember and quote to rebuke, console, or put myself in courage.

In later years, when I read Plato for the very first time, I remember an almost euphoric feeling flooding my heart as I heard abstract ideals credibly defended as the most real of all realities . . . and I wonder if sometime similar, at a child’s level, was happening as I contemplated the “preachy” passages of my beloved books. Rather than detracting or distracting from the story, were these passages giving me the names of the lovely ideals I sensed in the characters I admired? Were they revealing to me an eternal, universal world of Courage, Sacrifice, Hope, Joy, Love that, unlike the long-ago and fairytale story-lands I longed to enter, was near at hand for me to dwell in? Could this be why didacticism, properly woven into story, does not ruin but elevates it?

Certainly there is a preachiness that, like some sermons, is too obvious and wooden to accomplish any of this; and that I think we should avoid giving such as this to our children. But let us not forget, in an age of images and experiences, that the human soul craves words and truths as well, expressed with as much dignity, simplicity, and beauty as can be mustered. Moral discourse, whether in the public sphere or the family room, is a lost art and fast becoming irrecoverable. Rather than banning it from stories, we can turn to them to provide mimetic instruction in a human faculty which we desperately need.