In Defense of Lent

This is no artificial time of works righteousness, but rather a serious attempt to provide encouragement for spiritual disciplines and holiness. 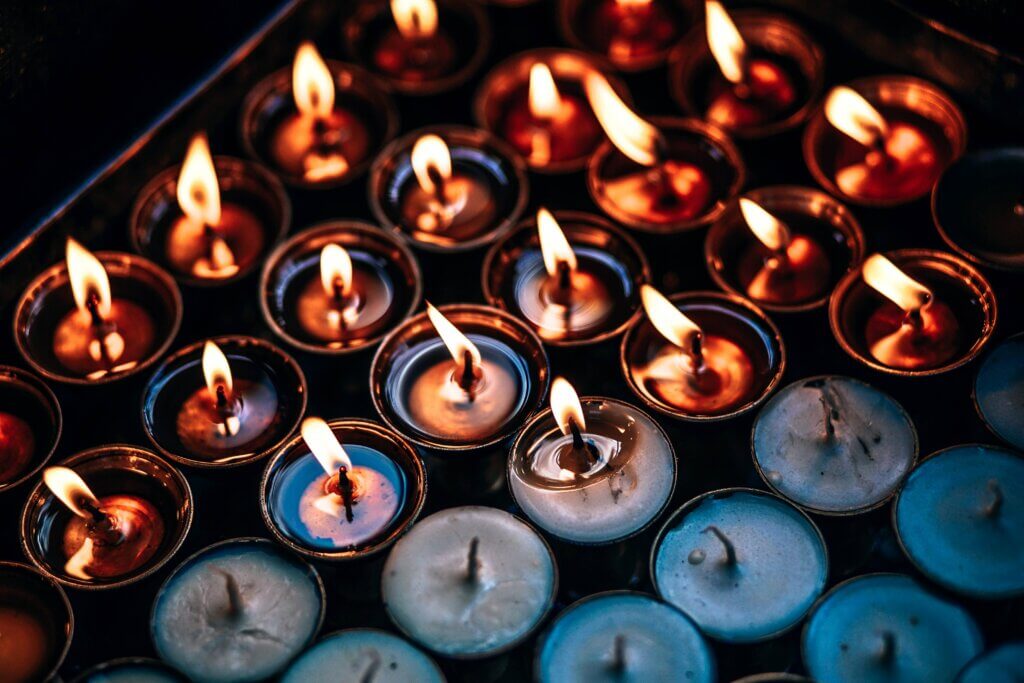 When non-liturgical Christians think about spring holidays and festivities, they too often think only of Easter as an isolated Sunday that comes at some unexpected date that changes every year. The great High Holy Feast day of the Church thus pops in and out of the calendar with little preparation and fanfare. As such, it is quite possible to arrive at church one Sunday for Easter without any of the preparation that Lenten observance or Holy Week services could provide.

C.S. Lewis declared, “Jesus has forced open a door that had been locked since the death of the first man. He has met, fought, and beaten the King of Death. Everything is different because he has done so.” Easter is a grand and glorious annual reminder of the cost of our sin and disobedience and the great glory, provision, and victory of Christ. It is appropriate that if we celebrate Resurrection Day, we should do so wholly and with preparation.

The period of Lent extends from Ash Wednesday to Easter. While on the calendar this period lasts 46 days, Lent only officially lasts 40 days since Sundays are not included (in the Western tradition). All Sundays are essentially “mini Easters” and are exempt from this period defined by fasting and introspection, repentance, and the pursuit of holiness.

The 40 days of Lent are symbolic of the 40 days spent by Christ in the wilderness being tempted by Satan. Other instances of 40 days in Scripture include those Moses spent on Mount Sinai, the days and nights of rain during Noah’s flood, the 40 days Elijah walked to Mount Horeb, and the 40 years the Hebrews spent wandering in the wilderness on the way to the Promised Land.

Holiness is not just turning away from wickedness but rather it is the ontological declaration of righteousness in Christ manifested.

Is there Biblical warrant to keep seasons and feasts? What would be the purpose in keeping Lent? How can we prevent the observance of Shrovetide from becoming only a works-oriented season?

Scripture enjoins us over and over to prepare our hearts and our lives for the Day of the Lord. There is strong Biblical warrant for seasons of prayer and fasting. There is a rhythm and flow that the Lord God established and wove into the lives of the Hebrews. These patterns provide markers, Ebenezers, and reminders of God’s great goodness in the story of history. Great is His faithfulness and His love endures forever.

What would prevent us (any denomination) from embracing a season of repentance, holiness, and preparation? Certainly the season of Lent can be abused as a time for flippant works-righteousness; however, this does not need to be the case. What could Lent look like from a renewed perspective?

The framers of the Westminster Shorter Catechism were well aware of not only man’s sin nature in transgressing the laws of God but also of the proclivity to not do those things to which He has called us. Sins of omission and commission. As they put it, “Sin is any want of conformity unto, or transgression of, the law of God.” It is that lack of conformity to the law of God that we most easily excuse and dismiss. After all, today I have not murdered anyone, used the name of God in vain, committed adultery, stolen property, etc. so I must be doing okay with the commandments. Again and again we are reminded that we may tithe our mint and dill and cumin but that we have neglected the weightier matters of justice, mercy, and faithfulness (humility).

So in this time of Lent, what shall I give up to remind me of my fallen state and my need for forgiveness as I seek to become more holy? Chocolate? TV and mass media? How often do we try to affect holiness by screwing up our resolve, making promises, and trying to make it under our own power? To be sure, there is a place and call for fasting—from food, from situations, from elements of the world.

However, as Thomas Chalmers reminds us in his sermon, “The Expulsive Power of a New Affection,” the rooting out of the sinful elements of the world is best accomplished by replacing that desire with something more powerful and desirable—the Gospel. Holiness is not just turning away from wickedness but rather it is the ontological declaration of righteousness in Christ manifested, and growing through, the disciplines of grace as a new affection. You can never replace something with nothing.

With that in mind, we can approach Lent by not being enamored by the idea of giving things up for Lent as much as adding on the disciplines of grace—prayer, fasting, meditating on the Word of God, gifts of mercy, the sacraments, the communion of the saints.

Clement of Alexandria wrote that, “For the sake of each of us He laid down His life—worth no less than the universe. He demands of us in return our lives for the sake of each other.” As such, observance of Lent can be a time of spiritual renewal and holiness as well as the overflow of faith in the good works for which we have been prepared. While in some ways Lent may appear as an artificial or extra-Biblical obligation, this is more a matter of perception rather than reality. As natural procrastinators, a declared season of repentance, examination, and spiritual disciplines actually encourages us to do that which Scripture already encourages us to do. As we lead towards Resurrection Day, preparation for Easter seems a natural and appropriate concern. It is for this reason that Lent precedes Easter—to provide this season and at this particular time. This is no artificial time of works righteousness, but rather a serious attempt to provide encouragement for spiritual disciplines and holiness.

It is with this mindset that we can readily embrace the season of Lent. As such, our celebration of Easter will be all the more glorious, intentional, and momentous. May the Lord shape our affections in such a manner that we have fewer things in our lives from which to abstain!

Our Lord has written the promise of the resurrection, not in books alone, but in every leaf in springtime.
—Martin Luther