The Comfort of Storms 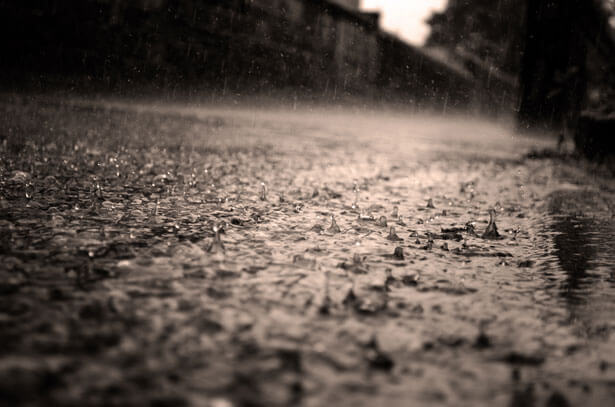 I’ve lived along the Atlantic long enough to think this week’s hurricane was mild, gentle even, at least in my neighborhood. It ruffled the trees, swirled the clouds, churned the river like a fine butter—but not much more than that. We sat calmly inside as the circling clouds gave the sun the effect of a light bulb about to burst . . . on again, off again, rain, sunshine, rainshine.

Yet even so gentle a storm outmatched our strength. It rescheduled our appointments, cancelled our flights, dropped trees like traps in our driveways, tangled power cords to leave us without electricity or Internet. We merely sat, and watched, and were glad it wasn’t worse.

We say we love literature that unveils the elemental in the human experience. Storms, too, strip us down to the basic things: need for food and light, fear of hurt and loss, hope of comfort and joy. Storms unmask the creaturely contingency that we strive to disguise with elaborate plans and invincible technologies. Storms shock us into remembrance that we do not, in fact, control our days.

But—despite the canned food, bottled water, and broken air conditioning—this remembrance carries strange comfort, for it lifts the burden we so often feel of making things come out right. When we assume that all things are in our hands, the burden lies squarely upon us to make every moment count, to justify our choices and explain our rejected opportunities, to keep up appearances and put patches on things that break. Storms, whether actual or metaphorical, shake us into the realization that these things will often elude our best efforts.

If the storm was summoned by chance or malice, of course, this realization must bring despair. But we say differently: we speak with the Psalmist, who so often describes the Lord Himself as a storm, as in Psalm 18: “He bowed the heavens also, and came down; and darkness was under His feet . . . He did fly upon the wings of the wind . . . His pavilion round about Him were dark waters and thick clouds of the skies . . . The LORD also thundered in the heavens, and the Highest gave His voice; hail stones and coals of fire. Yea, He sent out His arrows, and scattered them; and He shot out lightnings, and discomfited them.” If the darkness and the waters, the thunder and the fire, are the pictures of God’s presence and the pulsings of His power, then even in our helplessness there is hope.

There is, indeed, “more in heav’n and earth than is dreamt of in our philosophy” of infinite abilities, invincible technologies, malleable identities, inhuman responsibilities. And while it took a supernatural appearance to make Hamlet’s Horatio question his neat rational world, it takes only some rain and wind to blow through ours.

So the sweat sticks as the air conditioning stalls, the arm aches from plying the handsaw on fallen branches, and we rest in the realization that, in the storms and in all the “normal” days of planning and carrying out plans, eating and drinking, marrying and giving in marriage, we live within the simple, shining mercy of God.