Classical Education Is Not About Restoring A Golden Age 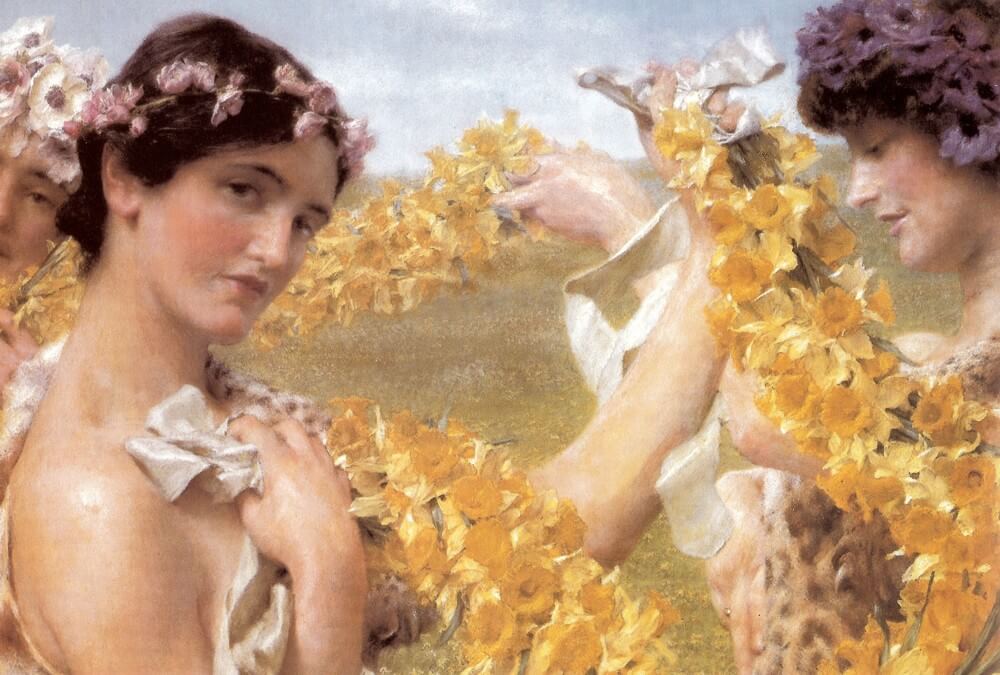 Confusion about this matter is entirely understandable, though, because both classicists and conservatives speak reverently of “a time when children respected their elders,” “an age when Christianity was honored and atheism chagrined,” and “an era before the feminization of men and the sexualization of children.” Liberals and progressives are quick (and right) to point out that while children called their fathers “sir” back in the 1950s, their fathers did not often call African Americans respectful names. Current advertisements for beer and shaving cream are often degrading to women, but ads for the same products were similarly degrading back before the sexual revolution and before California governor Ronald Reagan signed no-fault divorce into law.

“The poor you will always have with you,” teaches Christ, and so there is no period in the past— no matter how brave the men, how beautiful the art, how prosperous the Church— wherein Scriptural warnings against the way of “the world” could be put on hiatus. “In this world you will have trouble,” teaches Christ, and the same is true even when the emperor is a Christian and the funds for the Hagia Sophia are pouring in. Violent entertainments were popular in the pagan age, they were popular in the Christian age, they are popular in this confused age, and they will be popular in whatever comes next. “Man is born into trouble,” writes Solomon, anticipating the Third Reich just as much as the Carolingian Renaissance.

Classicists are not interested in any particular time at all. In fact, the opposite is true. Classicists are interested in what has transcended time. The very fact that a distant Golden Age is distant means it has not lasted and proves it was not actually Golden in the first place. The idea of a Golden Age is inherently antithetical to both classical and conservative beliefs.

The matter of determining what has transcended time, however, entails an orientation to the past. Progressives believe the future is in front of us and that we move boldly forward into it. However, conservatives belief the past is in front of us and that we move slowly and hesitantly backward into the future. Conservatives do not believe an orientation to the past is a choice, but fundamental to human nature. We cannot see the future. We do not know what is coming. We can see the past, though, and so the past is what God has given us to meditate on that we might better govern ourselves well in the present. The progressive always asks, “How might things be better?” and the conservative always asks, “What has worked in the past?” Conservatives believe there is a profound contradiction between reality and the progressive worldview: God has given us the past to consider, but the progressive continually (and fruitlessly) tries to turn around.

Both the conservative and the classicist believe that time very quickly devours the past. Almost nothing lasts, not even important things. Allow me to illustrate. Consider the following questions:

How many of your eight great-grandparents can you name?

How many of your sixteen great great-grandparents can you name?

How many of your thirty-two great great great-grandparents can you name?

Very few people know their great great great-grandparents names, let alone the salient details of their lives— like their work, their churches, their political beliefs, the ways in which they died, and the location of their graves— even though, for most readers, these ancestors only died around seventy-five years ago. Their letters were not worthy of saving. Their graves were not thought worthy of tending to and venerating. For the average man, not one of these thirty-two human beings means anything.

I bring all of this up not to make you feel guilty, but to show you how quickly time destroys the past. Most of my students have never heard the song which topped the Billboard 200 chart in the year they were born. Consider all the heartbreaks you thought you would never get over which you nonetheless laugh about now. Time devours everything. Chronos devours everything. Nothing lasts. Everything falls over.

How remarkable is it, then, that you know who St. Augustine is? St. Augustine died more than fifteen centuries before you great great-grandfather, and yet you not only know who Augustine is, you have read his work, and you know the significant details of his life. He was born in North Africa in 354 AD. His mother was Monica, his son was Adeodatus. Time destroys everything. Time erases memories and wipes hearts clean. How did St. Augustine conquer time? How did Francis of Assisi conquer time? How did Boethius do it? And Dante?

At the point an author, or musician, or painter has been dead for a hundred years, no living human being has benefitted from that author. No living person has met that author. He is dead, and yet if we still hear him, still listen to him, and if he still commands our attention, he is not truly dead. The classicist does not read merely human books, but divine books, and the only way of discerning whether a thing is divine is if it dies and then comes back. Death is human, the return from death is divine.

The City of God is a Golden book, but it does not descend from a Golden Age. The City of God was finished in 426 AD and I am sure that scores of other books were finished around that time which were not divine and thus did not last, but were summarily devoured by Chronos, even as Chronos has devoured The Spice Girls, Boy Meets World, The Celestine Prophesy, and whatever Christian devotional books were popular at this time last year.

There is some sense in which the classicist is far more interested in the present than the past, for the present is where we find proof of what has lasted.

By itself, the past proves nothing.