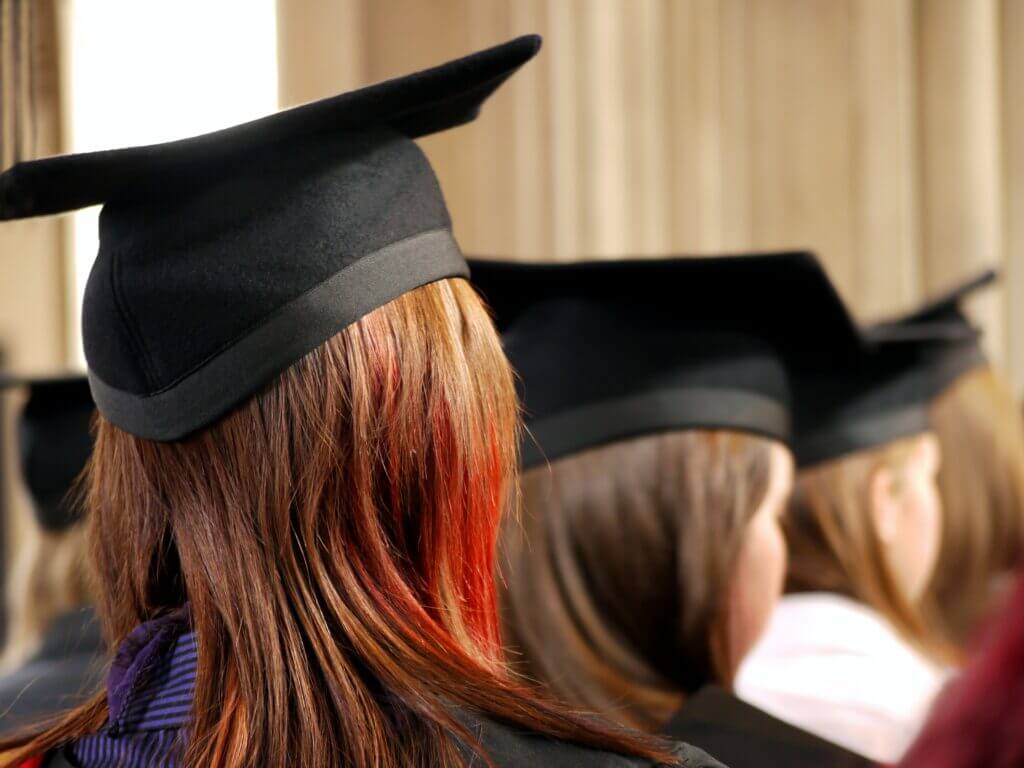 Suppose that fifteen years from now, one of your former students has become quite famous—not for anything your school can take pride in, but famous nonetheless. Let us say this former student directs The Lively God, a film which garners The Golden Lion at the Venice Film Festival. The film is about faith, which is to say it is about doubt, dogma, and apostasy. The film is well received because it affectionately depicts the most fashionable sexual perversions of the day and because the narrative presents the loss of faith as a beautiful moment of self-discovery all good men must endure.

Imagine watching this former student sit down for an interview with whoever passes for Charlie Rose at the time.

ROSE: Who is the most surprised by your success?

STUDENT: I am initially inclined to say my old high school teachers, although I don’t know if that’s quite right.

ROSE: Could you explain?

STUDENT: Well, I went to a Christian school. It was very conservative. Very bigoted, very old-fashioned. And that’s why I’m inclined to say my old high school teachers would be surprised at The Lively God, especially given the highly explicit, non-traditional presentation of human sexuality in the film. But my high school teachers were intelligent people who understood the direction the world was heading. They can’t be all that surprised.

ROSE: So they saw your talent?

STUDENT: No. I mean, it was an open secret at my school that many graduates went off to college and lost their faith. I went to a Christian school for six years and had traditional Christian morality and philosophy drilled into me the whole time. In the end, though, I asked my literature teacher for a letter of recommendation to the secular university where I was obviously going to lose my faith and he obliged without a second thought.

STUDENT: No. I went to a secular university which drilled secular values in my head. And my literature teacher knew perfectly well what kind of university I was going to. I told him. He knew the university would begin systematically undoing everything he had taught me the moment I moved into my dorm and he wrote my letter of recommendation anyway.

ROSE: I would think that a private Christian school would want students to go to Christian colleges.

STUDENT: Oddly enough, it wasn’t really a really a concern at the time.

STUDENT: A lot of teachers felt they owed it to students to recommend them to whatever college the student chose. Realistically speaking, though, it would also require a very forward teacher to tell a student, “No, I’m not going to recommend you to a secular college. You will lose your faith there.” Saying that sort of thing would imply the school—the Christian school, I mean—hadn’t adequately prepared you to have your faith challenged.

ROSE: Is that true, though? I’m just trying to see it from the perspective of your high school teachers. They didn’t really prepare you to have your faith challenged, did they?

STUDENT: How many eighteen-year-old Christian kids are prepared to leave their parents behind, leave their communities behind, leave their churches behind, and live and move and breathe in the spirit of the age? I don’t mean to insult my high school teachers. The man who taught me Shakespeare in high school understood Shakespeare far better than my college profs did. My high school lit teacher performed a highly nuanced analysis of the structure of Romeo and Juliet that would have baffled my college profs. As soon as you get to college, it’s all about dismantling Shakespeare. Dismantling Milton. Granted, I believe that dismantling needs to happen—and I became persuaded of that in college. I’m not complaining about college. My eyes were certainly opened. Nonetheless, it takes more skill to create a monument than it does to tear a monument down. It takes courage to tear a monument down, but not artistry.

ROSE: Did your high school lit teacher willingly send you off to help dismantle Shakespeare?

STUDENT: I couldn’t say. My high school teachers certainly warned me about what I would hear in college classes. Perhaps they thought I was going to take a stand for Shakespeare or preach the Gospel to my English profs.

ROSE: Does that ever happen?

STUDENT: In high school, you hear a lot about the need for Christians to “be salt and light” on college campuses, which is a euphemism Christians use for being subtly subversive and talking about Jesus in the margins of the college experience. That sort of thing is really uncommon, though. I never saw it happen in college—which means there were either no Christians in the classes I took or no Christians with any guts. I mean, compare the number of people who stop going to church in college with the number of people who start going to church. The thing is, everybody knows this—Christians know this, I mean. It’s just incredibly impolite to talk about it. In my whole time in college, I never saw a Christian stick up for Shakespeare. Or Milton. Or whoever. I think some Christians convince themselves they need to “make a connection” with a prof or a fellow student before “being salt and light.” For most Christians, though, the whole “salt and light” thing is a way to justify sending naïve, highly impressionable teenagers into the lion’s den. That’s the modern way, though “I’m not going to try hard or prepare. I’m just going to hope everything magically turns out okay.”

ROSE: No one “had the guts” to stick up for Shakespeare?

STUDENT: I didn’t have the guts. But I also knew what to expect from a Shakespeare class. A Shakespeare class, a Milton class, a developmental psychology class…the modern university has a remarkably straightforward message. The message is taught with impressive consistency. It doesn’t really matter the class. If you’re going to stick up for Shakespeare once—and you’re going to do it on principle—you might as well resolve yourself to disagreeing with 99% of what is taught between freshman initiation and commencement. Who wants to do that for four years?

ROSE: Would your high school teachers admit they let you down?

STUDENT: I don’t know what they would say to that. They might say that I have let them down. They might say, “We gave you to the tools you needed to keep the faith and you failed God.” Or, as Milton once put it, “Sufficient to stand, though free to fall.”

ROSE: Were you adequately prepared for “the lion’s den”?

STUDENT: I have kept in contact with many of the people I graduated with. Not all of them have left the church, but a number of them have.

ROSE: The ones who have left the church—are their stories like yours?

STUDENT: A number of them, yes.

ROSE: What was the fateful moment for you?

STUDENT: When did the loss of my faith become an inevitability?

STUDENT: I don’t know that I believe in fate, but I have to say there was something that felt fateful about the moment I asked for my letter of recommendation. I couldn’t have admitted it at the time, but I think I knew I would eventually lose my faith when I was only sixteen. I didn’t know how or when it would happen, but I knew.

ROSE: Did this dawn on you slowly?

STUDENT: No, there was a moment at this student led assembly where everyone was singing a worship song and a bunch of girls were really getting into it. I looked down the line at them, swaying their arms slowly. I just couldn’t take it seriously. It seemed so contrived, so unsustainable.

STUDENT: I couldn’t imagine being sixty years old and singing these worship songs. I knew I would have to give it up before then. From that moment, though, I felt like everyone else knew I was going to eventually give up Christianity. I felt like they had all seen my insincerity, my doubt. In the three or four days before I asked for my letter of recommendation, I was quite anxious. I was afraid my lit teacher was going to call me out—well, not “call me out,” but say something like, “You’re not going to be one of those Christian kids who abandons everything we’ve taught you, are you?” If he had asked me that, I probably would have broken down and said, “Yes.”

ROSE: But he didn’t ask you that.

STUDENT: No. I said, “I need a letter of recommendation.” He asked me where I was applying. I told him. That was it. I don’t know that I ever spoke with him again, actually. He didn’t teach me literature during senior year. He never contacted me during college and I had no desire to come back and visit.

ROSE: Did he owe you more than that?

STUDENT: I feel like he owed himself more than that. Or the school. Or God. Or something. I couldn’t believe it was ending like that. After all he had taught me, preached at me, warned me about. I was expecting some kind of gauntlet. I had this little speech worked up in case he asked me to explain myself. Where would I attend church? What would I say when Christianity was insulted during class? What my strategy was for keeping my faith. The speech I had planned was all a lie, of course, and I don’t know that I could have given the speech with a straight face. Turns out I didn’t need to, though.

STUDENT: Right. And the atheist teacher would have to write a letter of recommendation which conveniently left out the nature of the student’s education and upbringing. But that’s not what happened when I asked for a letter of recommendation to a secular college. No questions. No raised eyebrow. I was basically told, “Sure. Here’s your ticket to the apostasy factory, kid. Just like you asked for.”