A Call to Feasting 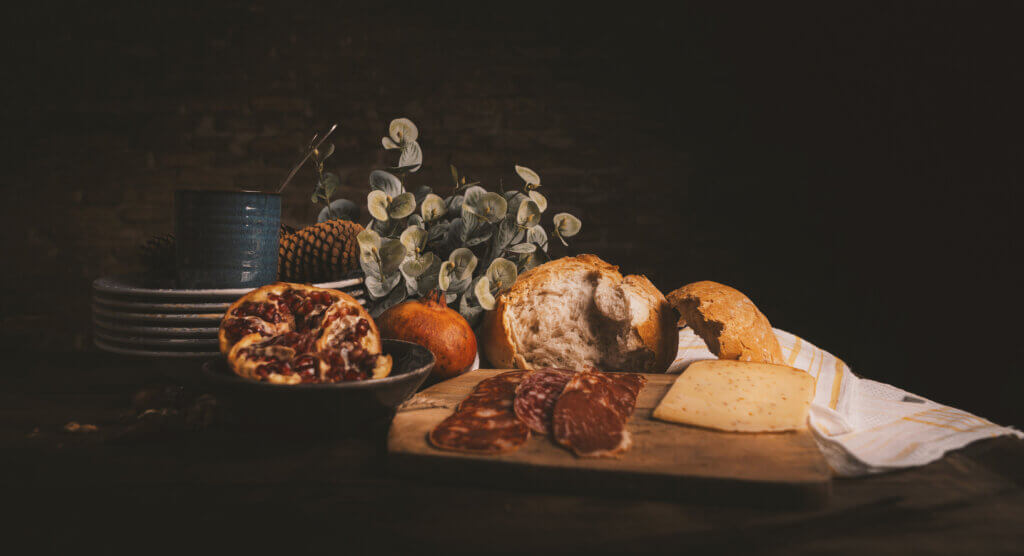 I would like to talk about feasting. Particularly, I would like to talk about the role feasting plays in being human and how it reminds us of several important truths about reality. These truths are at odds with the prevailing wisdom of our age—the sophistry of the calculators who believe that human beings are simply biological machines whose lives ought to be measured against how closely they compare with an assembly line: What do they get done? How quickly did they do it? What was expended to do it? Rather, as Christians we understand that the measure of a human being is found in one’s love for God and his love for neighbor.

The first thing I would like to propose tonight is that feasting is an essential part to being human because it reminds us that we do not live for the sake of work, productivity, or usefulness. The perspective that prioritizes efficiency and utility is essentially at odds with the idea of feasting and celebration. The argument made by the Calculators and Utilitarians runs along these these lines: Things that require more effort, more time, or more resources are inferior to things that require less effort, less time, or fewer resources. Since fixing a traditional Thanksgiving Dinner requires extra effort, extra time, and extra money compared with a typical dinner, it ought to be discarded as a waste of time, effort, and resources.

The “meal pills” of George Jetson from the ’60s cartoon are the ultimate culmination of utilitarian “usefulness.” A Thanksgiving meal could be conveniently distilled into a pill the size of a Tylenol, swallowed down in a matter of seconds, while providing all the necessary nutrition. Surely a “Thanksgiving dinner” pill would be superior to a traditionally prepared dinner?

Yet, as clever as the idea of food pills may be, it is only clever by half and misses much of the point about a Thanksgiving Dinner: We partake of it for its own sake, not for the mere sustenance of our bodies. Feasting is about enjoying the taste of the food in our mouths as we chew through turkey, roast beef, mashed potatoes, gravy, fresh-baked rolls, cake, and pie. A feast would not be a feast without the tangible experience of tasting the food, chewing it, and swallowing it.

We spend days and hours preparing a Thanksgiving or Christmas Dinner that will be consumed in an hour or two because we value the thing itself. One doesn’t spend hours in the kitchen preparing for a special feast thinking about all of the nutritious benefits they will gain. No, we endure the difficulties of cooking because there is a very human joy and delight to be found in sitting down together with family and friends, enjoying the fruits of your labors, and joyfully giving thanks for what you have and what you have spared. Let us take time to rest from our labors and delight ourselves in the many blessings of the Lord. Let us remember that he himself rested after six days of creation. He rested not to make himself a better worker, but because all that he saw was good.

Feasting is also an essential part of being human because it reminds us that we do not live for the sake of ourselves. It is a sad feast that has only one partaker. Indeed, it isn’t much of a feast at all, is it? Why does Grandma prepare her famous salad? Why does Dad peel and chop the potatoes? Why does Mom form the dough into rolls? For their own enjoyment yes, but not only that. They do these things for the sake of adding to the delight and pleasure of their beloved family. Feasts remind us that we are not islands in a vast sea, but a continent of humanity.

Feasting is a human characteristic shared across cultures, across space, across time. We share feasts together for the same reason that God created Eve: It is not good for man to be alone. Even the pagan philosopher Aristotle recognized this truth: Man is a rational creature intended by nature to live in community. To live apart from other men was to perhaps become something more than a man, but, more likely, something less of a man.

This points to an important truth about feasting, namely that it is about more than just eating the same food at the same time in the same place, but is about sharing ourselves with others. When we gather together to feast, we talk, we remember, and we tell stories. We laugh, sing songs, and sometimes we cry. We feast with our elders and with babies and that notion that human culture is a partnership between the living, the dead, and those yet-born becomes much more real to us. Feasting reminds us that we, as human beings, were made for community, and that we are sharing more than food for the body.

Finally, feasting is an essential part of being human because it reminds us that we exist for the sake of something higher. The religious roots of feasting and festivals are unmistakeable. Who else has the authority to separate certain times and places from others but God? Remember these words from Genesis: “And on the seventh day God finished his work that he had done. So God blessed the seventh day and made it holy, because on it God rested from all his work that he had done in creation.” God concluded his work of creation by creating a whole day to not work and called it holy, set-apart.

Elsewhere in Scripture we see that feasting and rest are continually displayed as being important to God. In the Old Testament, the Lord established a series of feasts for the Hebrews to observe throughout the year. These days served as focal-points of remembrance of what the Lord had done for them, be it his deliverance of their forefathers from bondage in Egypt, or the pardon for sins they received on the Day of Atonement. Feasting for the Israelites meant remembering God. Jesus himself, while observing the Passover, instituted his own Supper, a feast kept by his followers down to our day. The Revelation of John, at the end of the Bible, reminds us of the feast yet to come, the Marriage Supper of the Lamb, celebrating the wedding of Christ and his Bride, the Church. When we feast together with love for God and our neighbor, we foreshadow this supper in some small way.

May the Lord bless us with much rest, much feasting, but above all, hearts that continually find their rest in him alone. May we go forth from this place with his blessing, and look forward to the Great Feast in the New Heaven and the New Earth when all who are Christ’s by faith shall rejoice with him as we feast together with him.