On Beauty: Is Thanksgiving Worth The Money? 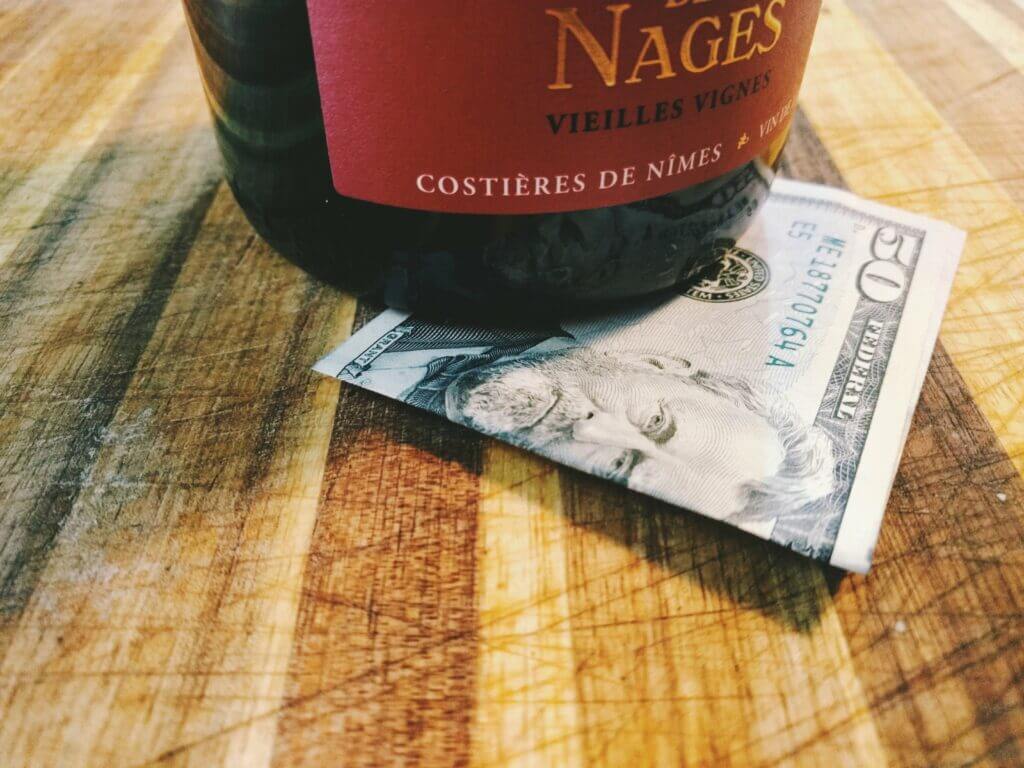 One does not typically find graffiti on beautiful buildings. Rather, vandals are far more apt to graffiti ugly buildings, and if a certain section of town has much graffiti, it is also probably full of buildings in which little care was given to appearance in the first place. The function of a cathedral is exactly the same as the function of a Best Buy: both keep the rain off, the wind out, and mark interiority off from nature. In this way, both the cathedral and the Best Buy have four walls, a roof, and doors which can be locked. What makes a cathedral different from a Best Buy, at least on a material level, is that the cathedral is full of extraneous and useless decoration.

When I say that decoration is useless, I simply mean that the stained-glass windows, the icons, the height of the ceiling, and the proportions of the nave do not help keep the rain off and the wind out. Removing a statue of St. Thomas from the nave will not make the cathedral any less dry, any less functional. Replace a stained-glass window with a wall of bricks and the cathedral is no less a building. A cathedral does not lose its function as a building unless you blow off the roof. However, a Best Buy would similarly suffer a loss of function if the roof were removed.

All of this, at least, is the way that Roger Scruton explains the uselessness of beauty in his documentary Why Beauty Matters. Given that we live in a materialist age, “uselessness” has become one of the greatest insults possible, and so there is probably no more difficult aspect of a classical education to explain than its uselessness. Thanksgiving is an excellent example of a useless, beautiful thing which most Americans intuitively respect, though, and I would like to explain uselessness from the perspective of a man sitting down to Thanksgiving dinner.

The kind of buildings which vandals graffiti are typically quite ugly, by which I mean they are purely functional, and no concern for ornament, decoration, or beauty was taken in their construction. The man who spray paints graffiti on the side of an ugly building is, thus, daring the owner of the building to remove the graffiti. The vandal wagers the owner will not do this, for the owner does not care for beauty, which is evident in the ugliness of the building in the first place. A purely functional building loses nothing when a man spray paints the walls outside. An ugly building still keeps the rain off and the wind out.

When we refer to the use of a thing, we refer to its material function. Food, clothing, and shelter are all useful, for they keep our hearts beating. Without food, clothing, and shelter, we would die of hunger or exposure. If a thing is purely useful, purely functional, it exists merely to keep a body alive. Of course, a man is more than a body, for he has a soul, too, but that which nourishes the body does not necessarily nourish the soul. Food can keep a man alive, but mere food cannot a give man a reason for living. Unless human life (that thing sustained by food, clothing, and shelter) points to something outside itself, and beyond itself, human life quite literally has no meaning. That which signifies nothing is meaningless.

Beauty does not feed the body, but the soul, and thus beauty testifies to the fact that there is something beyond life, beyond mere nature. Beauty gives life meaning because beauty is useless, which is to say beauty does not keep hearts beating. When we encounter beautiful things, we cannot help feeling that we are receiving real power and health, although that power and health will not cure a fever or heal a diseased kidney. Beauty heals the soul the way food and medicine heal a broken body.

Thanksgiving dinner is a repository of many hours, many dollars, much thought and preparation and inconvenience. Every man who has spent north of a hundred dollars on Thanksgiving— not to mention the hassle of bringing relatives in, finding enough chairs and place settings for everyone and decorating the table— has surely entertained the thought, “If everyone stayed home and just ordered a pizza, we could saved a bundle, and I might have spent that time and money fixing the shed.” In other words, what if he funneled all the money spent on useless things into useful things instead? After all, white bread, peanut butter, and frozen mixed vegetables will fill stomachs just the same as prime rib, but at a fraction of the cost. Of course, this same logic is used to construct purely functional buildings which treat the occupants as though they have no souls— buildings which ultimately inspire the bitterness and cynicism of the vandal. When the vandal spray paints graffiti on the side of an ugly he building, he is actually protesting, “This building is false. I do have a soul.” If we trade the uselessness of a beautiful meal for a purely functional one, for a meal which merely keeps us alive, what exactly are we living for? What are we staying alive to do? Life cannot give itself meaning. A wedding ring only has meaning if it stands for a marriage, something which transcends mere jewelry. If life itself is the wedding ring, what is the marriage it stands for?

It is the classical conviction that God Himself is encountered in Truth, Beauty, and Goodness, which is a bit like saying these three transcendent revelations of God are the marriage testified to by the wedding ring of life. Thanksgiving dinner— a needless, gratuitous, way-better-than-it-has-to-be meal— does not make life possible, but it does make life Good. The uselessness of Thanksgiving dinner reminds us that we are not mere bodies, but embodied souls, and only healthy souls are capable of charity. In every discussion of beauty, someone must ask, “Would not the money spent on beauty be better spent on the poor?” But beauty— not luxury, but beauty— is what makes anyone care about the poor, for charity is no less useless than beauty. Charity keeps hearts beating, but not my heart, and if I am to care about the poor, I have to care about something other than my own survival. In this sense, charity is beauty. Beauty is the food which empowers the soul to care about others. Behind every five-dollar bill handed out a car window to a homeless man, there is some useless beautiful thing quietly doing its work.

This Thanksgiving, relish the uselessness of all the time and money spent on a half hour meal, and when the Christmas season comes, transform that uselessness into generosity.