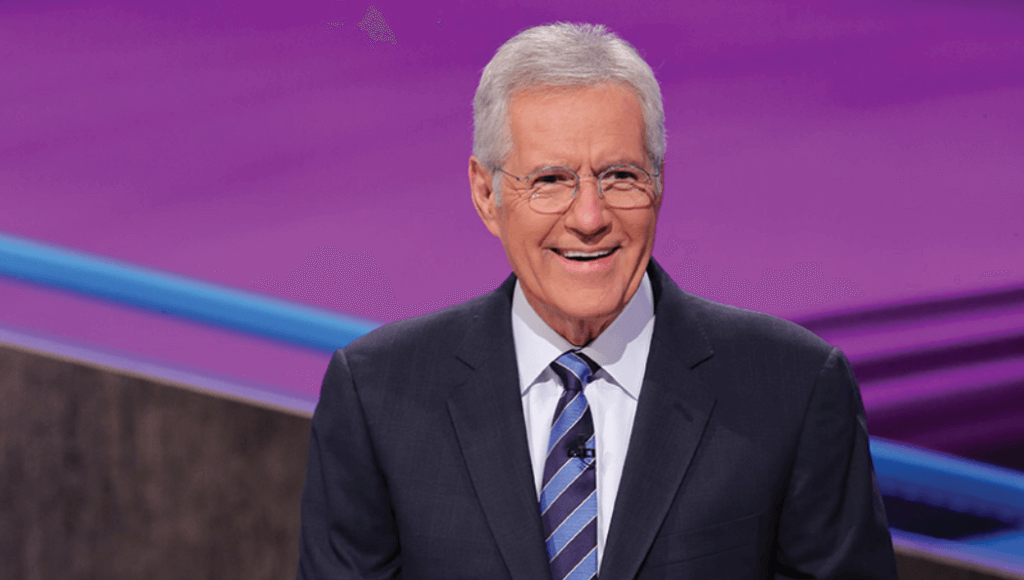 Just a little more than a week after Sean Connery passed away, Jeopardy! host Alex Trebek went on to his great reward. The loss I felt upon hearing the news of Trebek’s passing came not only from the fact that I have watched the show since I was a boy, but because Jeopardy! is really the only game show which a professional intellectual, amateur intellectual, or wannabe intellectual like myself can truly get behind. What other game show could a teacher of classical literature endorse? What other game show incentivizes knowing American presidents, state capitals, rivers, lakes, Pulitzer Prize winners, Emmy winners, African American novelists, and Top 40 lyrics?

I suppose Jeopardy! and Alex Trebek are separate entities, and yet over the four decades Trebek hosted the show, he was an icon of trivia. He put a dignified face and voice to the very idea of trivia, a paradoxical concept which refers to knowledge which is somehow commonplace, valuable, and difficult to recall. Trebek’s Jeopardy! and the board game Trivial Pursuit both emerged in the early 1980s and together shaped the American approach to trivia. In this nation, trivia is not simply a broad knowledge of science, history, politics, arts, and popular culture. Rather, Americans regard trivia as a competitive sport. We learn and absorb trivia for no other reason than our hope of someday besting others. Certain facts—the birthplace of Prince, say, or the play Lincoln was watching when he was shot—are valuable precisely because someone may ask us to produce them.

We will be asked to give these facts merely to prove we have good taste in facts. In the same way having good taste in wine means preferring a Saint-Julien to a California Cab, having good taste in facts means knowing who the star of Steamboat Willie is, knowing who killed Jean-Paul Marat, knowing the names of everyone Aeneas slept with, and knowing which book earned author Salman Rushdie a fatwa (as well as the name of the fellow who issued it). Trebek contributed his smooth demeanor to every trivia contest undertaken since 1984, when he became the host of Jeopardy! Whenever we challenge one another with trivia over lunch breaks, smoke breaks, or with a box of Trivial Pursuit cards in the evening after dinner, we’re doing so because Trebek made it cool. Every time a man impresses his interlocutor with “Charlotte Corday” or “The Satanic Verses,” he imagines that he has impressed Trebek. There are many things a man knows just in case Alex ever asks.

Trebek was the tidy, polite, sometimes-mustachioed host of Jeopardy! who pronounced French and German words with a perfect accent and possessed the power to ask other adults about Drake songs without cracking a smile. Trebek was by turns comical, sexless, dry, droll, incredulous, and condescending. It was not impossible to impress Trebek, but it took some doing. He was never surprised at what contestants knew, but often surprised at what they didn’t know, and would occasionally add a despondent, “Oh, no,” when someone flubbed a question. At times, he would add this “Oh, no,” when contestants could not name the capital of Pennsylvania, but longtime viewers of the show also heard him utter it when, say, a contestant mistook the Corinth Canal for the Kiel Canal. That simple, “Oh, no,” set my understanding of what exactly counted as common knowledge on its ear more than once.

Trebek took his buttoned-up reputation in stride and made a cameo appearance on Saturday Night Live’s recurring Celebrity Jeopardy! sketch back in 2002 to commemorate Will Ferrell’s departure from the show. Over many years, Ferrell played a shocked, disgruntled Trebek who could not comprehend how stupid the celebrity contestants were, especially Darrell Hammond’s Sean Connery, who endlessly (and obscenely) needled the longsuffering Trebek. The fact that Trebek ultimately approved of all the jokes aimed at him vindicated nerds and know-it-alls everywhere. They weren’t all just a bunch of humorless dorks— or they didn’t have to be. They could be in on the joke, too. The fact that “nerd” is no longer an insult owes something to Alex Trebek.

Trebek’s dry cool demeanor meant he wasn’t always personable, though. He never quite got the hang of small talk. The micro interviews which open the Jeopardy! segment that follows the first commercial break were awkward even when Trebek was at the height of his powers. Contestants gave Jeopardy! producers a few tidbits about their private lives prior to taping and Trebek had to choose one of those tidbits to talk about for twenty seconds. He asked about “strange experiences in Mali,” “weird hobbies,” “bizarre meetings on hotel elevators,” and thousands of other curious leads. Even after eight thousand shows, I got the impression he couldn’t wait to get back to his podium, to his note cards, to his questions about mountain ranges. He never seemed all that interested in funny stories about getting sick at Niagara Falls or sitting next to Tom Cruise on a flight. How much were you willing to risk on your knowledge of 18th century French composers? That told Alex who you really were.

Is Trebek replaceable? Someone will take over the podium for him, but Trebek wasn’t simply a game show host. He was a likable symbol of knowledge, neither pompous nor opinionated, but mild and reserved. He was funny, but not silly; self-aware, but not self-conscious. He was one of the only bookish men the average American could identify as such. I will miss him.