The Battle of Midway: A Study in the Trivium 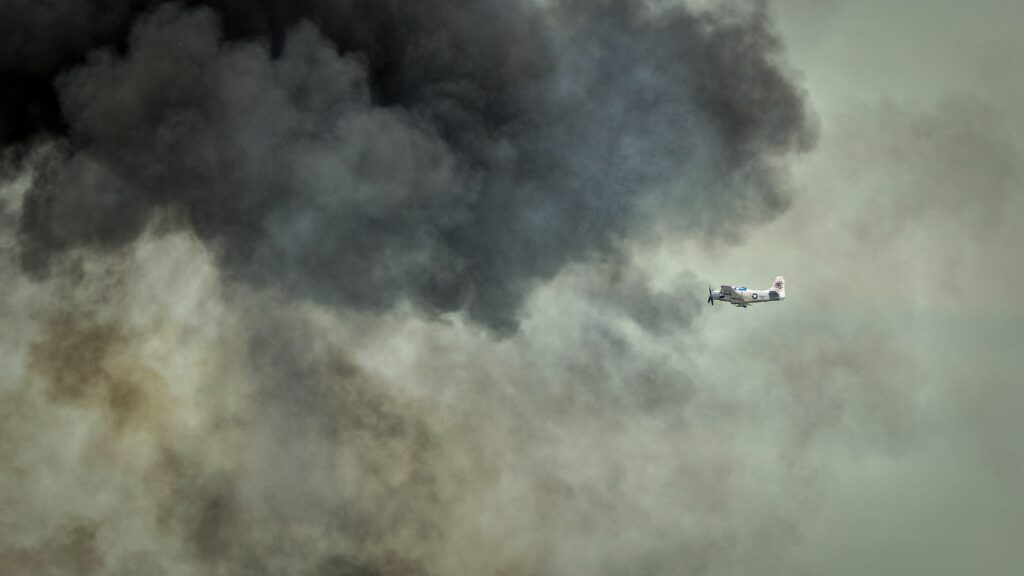 To exemplify how the Trivium may be adapted to the study of historical events, this essay uses it as a paradigm to analyze the Battle of Midway. “Grammar” here refers to the basic facts of the event, “Logic” to the event’s broader historical context and the way the event unfolded, and “Rhetoric” to the author’s argument for lessons to be learned from the event. The author encourages his fellow classical educators to explore further how the Trivium might be adapted to the study of history.

The Battle of Midway was a naval battle fought between the United States and the Japanese Empire from June 4-7, 1942, around Midway Island in the central Pacific Ocean. Japan lost four aircraft carriers, Akagi, Kaga, Hiryu, and Soryu, and 3,000 men; while the United States lost one carrier,Yorktown, and 300 men. Midway marked Japan’s last offensive action and turned the tide of the Second World War in America’s favor.

At Pearl Harbor, the Imperial Japanese Navy sank the American battleship force in spectacular fashion, but the American aircraft carriers were absent and escaped destruction. Admiral Isoroku Yamamoto would spend the following months trying to convince the Japanese hierarchy that the American carriers were a major threat but to no avail. Japan would focus on territorial expansion and acquisition of resources, until American bombers attacked Tokyo and escaped unscathed in April 1942. The Doolittle Raid brought about a rare moment of consensus among the Japanese command that the American carriers had to be eliminated, and Yamamoto put his plan in motion to destroy them at Midway.

With two carriers under repair after the Battle of the Coral Sea, Yamamoto’s plan revolved around Japan’s four remaining aircraft carriers under the command of Vice Admiral Chuichi Nagumo. Nagumo’s initial air raid against Midway on the morning of June 4 went well, and his carriers were able to evade damage from initial American air attacks. The American submarine Nautilus harmlessly fired a torpedo at a Japanese battleship and was easily chased off by the destroyer Arashi. A second air strike against Midway was necessary, however, and this would give rise to the crucial moment of the battle, commonly called “Nagumo’s Dilemma.”

In case the American fleet arrived sooner than expected, Yamamoto had ordered Nagumo to hold half his aircraft in reserve, armed with anti-ship weapons. As the first wave of aircraft was returning from Midway, Nagumo ordered his reserve planes to be rearmed to strike land targets on the island. In the midst of rearming, and with his first wave of attack aircraft needing to land on their carriers, Nagumo received shocking news: one of his scout planes had just sighted the American fleet. Nagumo now had a difficult decision to make: at the risk of his returning aircraft running out of fuel and ditching in the sea, he could quickly rearm his reserve aircraft with anti-ship weapons and launch a half-strength strike against the American fleet, or he could sacrifice precious time to recover the returning aircraft, rearm them all, and launch a full-strength strike. Japanese doctrine dictated launching a full-strength strike, so Nagumo chose the second option. Once he recovered all his returning aircraft, all he needed was 45 minutes of uninterrupted sailing to rearm, refuel, and relaunch them.

By this point, American aircraft had launched from their carriers and were searching for the Japanese fleet. The American air groups were extremely disorganized, such that the first American planes to find and engage the Japanese fleet were torpedo bombers. To launch their torpedoes, they had to fly low, slow, and straight, which made them easy targets for the Japanese fighter cover. First came torpedo bombers from Hornet, then from Enterprise, then from Yorktown, and they were all torn to shreds in succession. None of their torpedoes hit, but by forcing the Japanese carriers to take evasive maneuvers, they denied Nagumo the 45 minutes he needed to launch his planes.

Meanwhile, Enterprise’s dive bombers had spent two hours searching an empty ocean when Lieutenant Commander Wade McCluskey sighted a lone Japanese destroyer making flank speed; this was Arashi, returning from chasing Nautilus away from the fleet. McCluskey correctly guessed that she was pointing the way toward the Japanese carriers. Yorktown’s dive bombers just happened to arrive over the Japanese fleet at the same time, and thanks to the torpedo attacks, they found a sky clear of Japanese fighters and carriers full of planes, fuel, and munitions. Five minutes later, Akagi, Kaga, and Soryu were flaming wrecks.

About 30 minutes later, Hiryu, the only Japanese carrier left intact, launched a counterattack, which successfully hit one of the American carriers and returned. After a quick turnaround, she launched a second counterattack, which again successfully hit an American carrier. Unbeknownst to the Japanese aircrews, they had hit the same carrier twice! This was Yorktown; after the first attack, her damage control team had patched her up so well that the second Japanese counterattack mistook her for an undamaged carrier. Yorktown was forced to abandon ship, but Enterprise and Hornet were left undamaged by evening, and they were able to launch a combined counterattack. This wave of dive bombers left Hiryu aflame, like her three sisters.

When the dust settled at the end of June 4, the Japanese sought to destroy the American carriers with their formidable battleships and cruisers. Wary that the Japanese might attempt a surface battle, Admiral Raymond Spruance ordered the American fleet to withdraw and keep the carriers out of harm’s way. With no engagement forthcoming, the Japanese turned their attention to their own stricken carriers. Akagi, Kaga, Soryu, and Hiryu were all deemed a total loss and scuttled in the early morning hours of June 5.

Minor action followed on June 5 and 6. American dive bombers found and sank the Japanese cruiser Mikuma while she was withdrawing from Midway. Astonishingly, the Americans found Yorktown still afloat on June 6, but while their salvage operations were in progress, a Japanese submarine sealed her fate with three torpedoes. The resilient Yorktown finally sank early on June 7.

Arguably, the heart of American founding philosophy is found in the Declaration of Independence: “We hold these Truths to be self-evident, that all Men are created equal, that they are endowed by their Creator with certain unalienable Rights…” That is, our upstart country was founded on the proposition that the common man has value. The American military in particular is structured in a way that empowers the common serviceman, as some examples from the Battle of Midway illustrate.

During the Battle of the Coral Sea, Machinist Oscar W. Myers, air-fuel officer aboard Yorktown, witnessed the catastrophic explosion that doomed her sister ship, Lexington, and pondered its likely cause. He proposed a possible solution to his captain: the carrier’s aviation fuel pipes could be drained and filled with inert gas whenever not in active use; Yorktown had an ample supply of CO2 for just such a purpose. The captain approved of the innovation and implemented it immediately, and it was soon standard practice on all American aircraft carriers. Myer’s idea certainly helped Yorktown stay afloat as long as she did, and thus helped Enterprise and Hornet escape attack.

Fleet Admiral Chester Nimitz, for his part, walked an awkward line in the weeks leading up to the battle; he was caught in the middle of a bitter disagreement between headquarters in Washington and his own fleet intelligence team over exactly where and when to expect the Japanese attack. Intelligence showed that the Japanese were planning to attack a target codenamed “AF,” but Washington believed AF was in the South Pacific, while Nimitz’s intelligence officer, Edwin Layton, and head cryptanalyst, Joseph Rochefort, were convinced that AF was Midway Island. Furthermore, Washington expected the attack in late June, while Layton and Rochefort contended that it would come in early June. Nimitz placed his confidence in his own team but tasked them with proving to Washington that they were right. A member of Rochefort’s team dreamed up the solution: a few days later, Midway broadcast a plain message that their drinking water plant was broken down, and shortly thereafter, Rochefort’s team intercepted a Japanese message that AF was running out of fresh water. Had Nimitz trusted his higher-ups in Washington rather than Layton and Rochefort, the Pacific Fleet would have been in no position to meet the Japanese offensive.

Possibly the most crucial single decision of the entire battle was made by Lieutenant Richard Best, commander of one of Enterprise’s Dauntless squadrons. Air Wing commander Wade McCluskey led Enterprise’s air wing in, with Best behind. As they approached from the south, they came first upon Kaga, with Akagi farther to the north. American doctrine called for the first bomber on scene to attack the farther target, so each target could be attacked more or less simultaneously. In the heat of the moment, McCluskey mistakenly led the entire air wing screaming down upon Kaga. As Best saw the situation unfolding, he radioed two of his wingmen to stay with him and attack Akagi, the farther target. His two wingmen scored near misses, but Best himself scored the single, perfectly placed bomb hit that incapacitated and ultimately destroyed Akagi. Had Best not assessed the situation and acted accordingly, both Akagi and Hiryu would have launched counterattacks on the American fleet half an hour later, with doubtlessly disastrous results.

In each of these cases, the man in question was empowered to use his judgment: Myers had the confidence to propose a new procedure to his commanding officer, Layton and Rochefort had the confidence to stare down naval headquarters and prove them wrong (and Nimitz stood by them rather than HQ), and Best was able to assess a rapidly unfolding situation and make a split-second decision to depart from doctrine and do what was necessary to win the battle.

Once the United States was involved in the Pacific War, Japan was never going to win; there was simply no way it could keep up with American economic output and naval construction. That said, the American victory at Midway hastened the end of the Pacific War by as much as eighteen months, and it dangled precariously by the most tenuous of causal threads.

At the Battle of the Coral Sea, two of the six carriers that had struck Pearl Harbor were incapacitated, leaving only four to attack Midway. During the battle itself, Nautilus just happened to attack the Japanese fleet in such a way that left Arashi pointing Enterprise’s dive bombers directly toward the Japanese carriers. Even the embarrassing disorganization of the American air groups worked to America’s advantage; the piecemeal attacks by her torpedo bombers kept the Japanese from launching their strike, and the dive bombers from Enterprise and Yorktown just happened to arrive over the Japanese carriers at almost exactly the same time, and while their hangar bays were packed with aircraft, fuel, and munitions.

In his book Memory and Identity, Pope John Paul II mentions the Battle of Warsaw, which he calls “The Miracle on the Vistula,” as an example of how God’s Providence acts in history to limit evil; this unlikely victory prevented a Soviet conquest of Poland in 1920. Similarly, one could argue that “the Miracle at Midway,” as many have called it, is an example of Divine Providence intervening in history to curb Imperial Japan’s expansionist offensive and hasten an end to the horrors of the Second World War.