The Art of Agreement (In Disagreement) 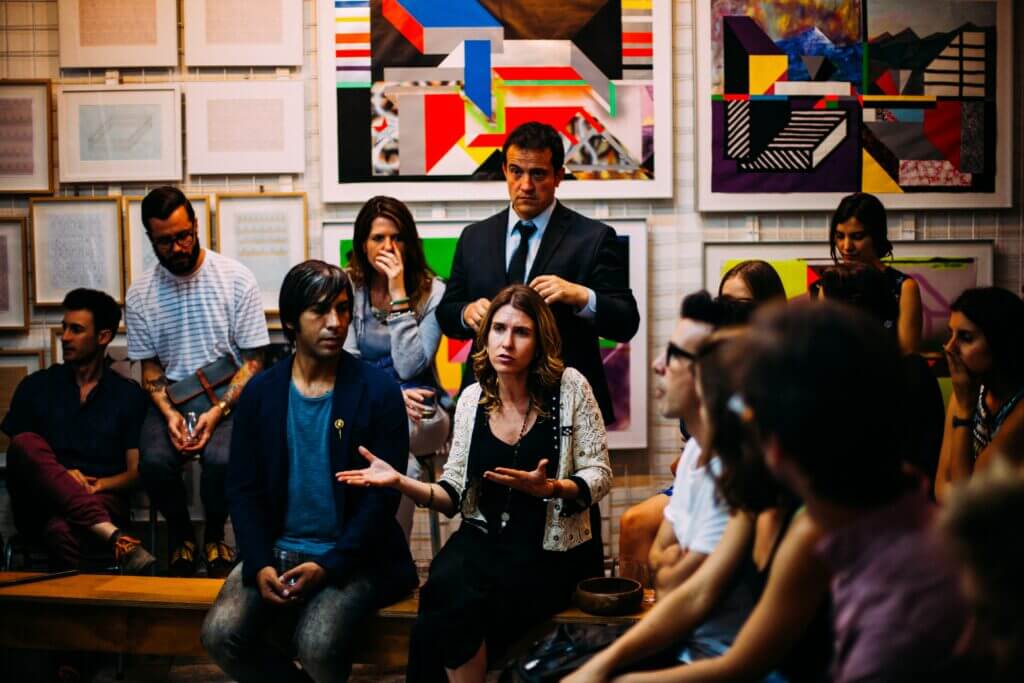 In 7th grade, we are working through the book The Lost Tools of Writing. If you haven’t heard of this book before I highly recommend it. The book instructs students on how to write a persuasive essay. As the year progresses, they learn new concepts that help with invention, arrangement, and elocution.

The idea of agreement is something that we should all understand. I would argue that it is one of the most important concepts these 7th graders will learn this year. How often, whether the topic is politics, vaccines, face masks, or racial reconciliation, do we find ourselves arguing with someone who has an opposing opinion? More often than not, these arguments go nowhere. We rarely convince the other side, usually we just make them angrier. What if we began the conversation by discovering what we both agree on?

What if we began the conversation by discovering what we both agree on?

One of my goals for this year is to biblically integrate all of my lessons in some way. For this lesson I turned to 1 Corinthians 8. In this chapter, Paul is discussing a controversial issue; whether or not Christians should eat food that was sacrificed to idols. I had the students break into groups of two and look at the chapter together. Their task was to find Paul’s thesis, the counter-thesis he mentions, and the agreement that he found between the two groups. This was a difficult task for them and more than likely a passage that most of then were not familiar with. In the end, we discussed their thoughts as a group. Paul believed that it was ok to eat food sacrificed to idols (thesis) whereas a number of other Christians did not (counter-thesis). The agreement he begins can be found in verses 4-6:

“Some people say, quite rightly, that idols have no actual existence, that there’s nothing to them, that there is no God other than our one God, that no matter how many of these so-called gods are named and worshiped they still don’t add up to anything but a tall story. They say—again, quite rightly—that there is only one God the Father, that everything comes from him, and that he wants us to live for him. Also, they say that there is only one Master—Jesus the Messiah—and that everything is for his sake, including us. Yes. It’s true.”

Paul is reminding the two groups that we all agree that there is only one God, that these other gods (idols) hold no power and only Jesus does!

We ended class by discussing why using agreement when discussing something controversial with someone can result in a much more positive conversation, one where the group you are trying to convince may actually listen to what you have to say.

I was encouraged by this lesson and I hope the kids were too. I just wish that our nation could follow the example of Paul. Before we go on the attack, lets first try to figure out what we have in common, and then maybe progress can truly be made.