Are You One Of Those Stuck-Up Private School Kids? 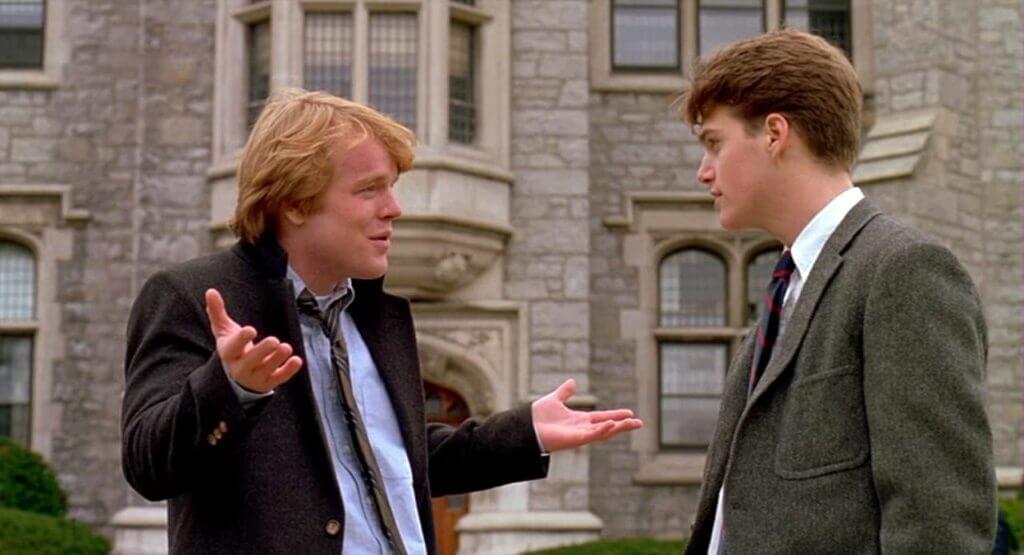 Tom: I got to Fillmore High. Where do you go?

Harry: I go to Trinity Covenant, but I’m not one of those private school kids.

Harry: I’m not one of those private school kids who thinks he’s better than everyone else.

Tom: Is that what most of the kids at your school are like?

Harry: Yeah. Most private school kids are like that.

Tom: So, you’re claiming that you are better than most of the kids who go to your school?

Tom: Not like them in a good way or a bad way?

Harry: In a good way.

Tom: Then you are one of those private school kids who thinks he’s better than everyone else.

Harry: I’m not claiming to be better than you.

Tom: But you don’t even know me.

Harry: Right, I wouldn’t claim to be better than someone I didn’t know.

Harry: Look, this isn’t all that hard to grasp. There are some stereotypes about private school kids which are fair, but I want you to know that those stereotypes are not true of me. I’m special. I’m unlike the others.

Tom: No, I get it. You’re claiming to be better than the kids who go to your school, and you’re claiming that you’re better at not thinking you’re better, which is an obvious contradiction. A hypocrite is not somebody who says one thing, does another, and feels rotten about it. A hypocrite is someone who thinks he has the right to do what he forbids others to do. Hypocrisy entails a lack of self-awareness, a blindness. You think you have the right to feel better about yourself than others, but don’t believe others have that right.

Harry: Isn’t it possible for someone to escape the foibles of his own people?

Sarah: I go to John Maynard Keynes High. Where do you go?

Emma: I go to Trinity Covenant.

Sarah: Are you one of those stuck-up private school kids?

Sarah: What’s that supposed to mean?

Sarah: Why don’t you try to be different from them?

Emma: If I wanted to be different from them, I wouldn’t go to school there.

Emma: Sure. Real stuck-up, as you can see.

Sarah: The other kids from your school are way more stuck-up than you, I bet.

Emma: I am around them all day, so I would know.

Sarah: And? Are they more stuck-up than you?

Emma: No, they’re just as stuck up as me.

Sarah: Then maybe the kids at your school aren’t actually that stuck-up.

Emma: If you say so.