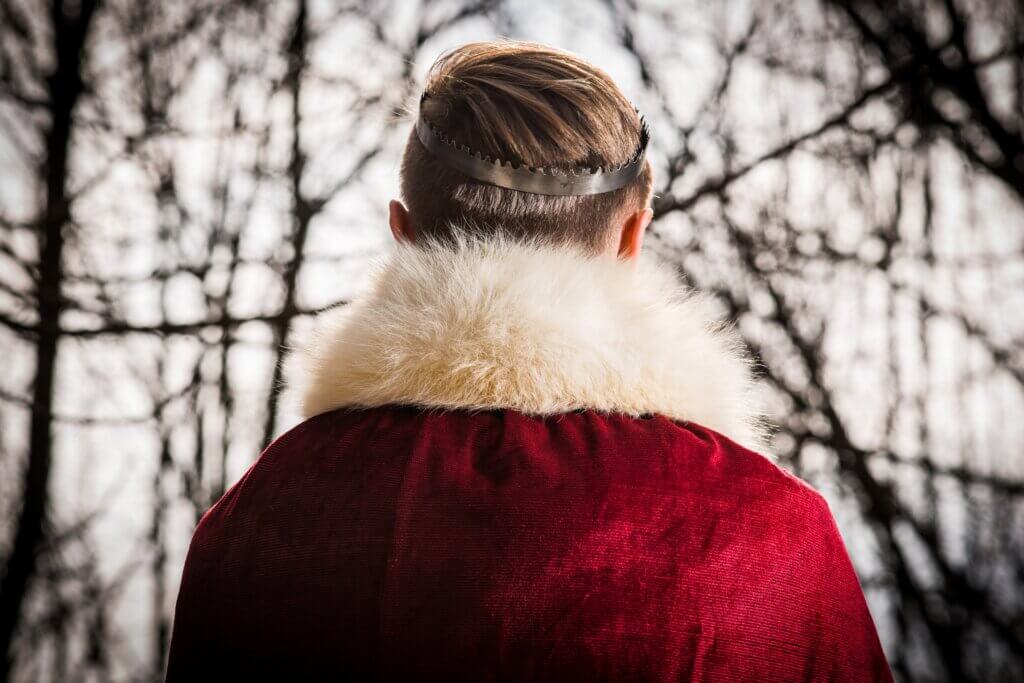 We need models. We need teachers to show us how to live. And some of the best teachers are those which have never breathed, have never taken on flesh, have never had the urgency of a real death. Some of our best teachers are fictional characters. This is what Leland Ryken means when he says great literature “shows human experience instead of telling about it. It is incarnational. It enacts rather than states. Instead of giving us abstract propositions about virtue or vice, for example, literature presents stories of good or evil characters in action” (p. 17, How to Read the Bible as Literature).

I just began The Odyssey with our 7th graders at Sequitur, and the liturgical calendar just brought us into the season of Advent. One of my favorite exercises as a classical Christian educator is to precisely answer the question, “What hath Athens to do with Jerusalem?” What does Aristotle have to do with Augustine? Better yet, what does Ithaca have to do with Bethlehem?

In lecturing through Books One and Two of The Odyssey, I was struck by an important parallel. As Christians, we share in Telemachus’ lot. We are immature; we lack courage. We are princes; we have responsibilities. We are heirs in a disordered kingdom. We are feasting among the suitors of creation, belligerent and perverse as they might be. In ourselves, of course, we are among the suitors; we are Antinous. But in so far as our Gospel adoption is concerned, we have been made heirs. This is especially true during Advent. And it is in Advent when Telemachus most teaches us how to behave.

It’s important to know that what I have laid out here is not a Christianization of a great pagan epic. I’m not trying to baptize Homer. What I hope to do is recognize the human condition proposed in The Odyssey and how Advent provides us a framework of interpreting and responding to that human condition.

In medias res, the house is disordered. As said earlier, in the king’s absence the house is being turned about by suitors and slouches. Like Telemachus, we live our lives in the rambunctious condition of broken humanity. This is where we live, where we move, where we have our being. Our liturgical seasons, as idyllic as we hope they are, are celebrated by men, broken men, in broken cities and confused nations. We ought not to wait, as Lewis reminds us, for the perfection of humanity before we do the work set before us, whether studying in wartime or turkeying during a political season. It is precisely by the work of the Holy Spirit in our faithful living that the Gospel goes forth and humanity is brought to perfection, to its Head, who is Christ. Advent in brokenness, for the only other option is to not advent at all.

Telemachus awaits, and so do we. This is Advent. Homer tells us in Book One, “[Telemachus] could almost see his magnificent father, here…in the mind’s eye—if only he might drop from the clouds and drive these suitors all in a rout throughout the halls and regain his pride of place and rule his own domains! Daydreaming so as he sat among the suitors…” We advent among the suitors, among the brokenness, as one of the suitors at times, and in our faithfulness—our call as heirs to the Kingdom of God—we daydream. We expect. Advent is our four-week daydream.

Like Telemachus, we are not without our marching orders. While daydreaming, while waiting, Telemachus does not fold the hands; he does not sit at the house, awaiting his father’s return. Telemachus, by divine prompting, gets a plan to seek out his father. We have a greater commission. We seek the living God. We too have an expedition to seek our Father’s face, to work in such a way that would prompt and facilitate our King’s return. While Advent is a season of reflection, it is a season of activity, of sometimes the kind of activity that has nothing whatsoever to do with the Gospel of our Lord Jesus Christ. This year, advent in the kind of activity that will bring about the King’s return, pointing to and celebrating his Incarnation.

For most Christians, Advent and Christmas are feasts, not fasts. And that means they are deeply social and gastronomic seasons! How does The Odyssey handle social gatherings and food? One of the strongest motifs throughout The Odyssey is that of hospitality (the Greek word is xenia). The whole poem, and the fate of the characters, could be traced by this one word. Who dies? Who lives? Who is the hero? Who are the villains? Who facilitates order in society? Who facilities disorder? Trace the motif of hospitality in The Odyssey and you have your answer. Good xenia in The Odyssey has four stages. Our homes are the same:

Likewise, bad xenia has a pattern:

On many levels, the Advent season is about hospitality. We are welcoming the King, again, into this world; we are, in our redemption, making a way for the King, which is not what we did when he first condescended to us. Our Advent ought to be filled with all the important patterns and effects of good hospitality. We welcome others, because we have been welcomed. Others eat at our tables, because we eat at His.

Advent and come of age.

Finally, Advent is a time of awaiting a King, of welcoming a King. It is also a time to rule, in as much as that Kingdom has been ushered in and as much as that Kingdom has been given to our care. Did Troy fall? Yes. Did Ithaca stand? By the end of The Odyssey, was the king on his throne? Were the suitors driven out? Yes. Rejoice. Rejoice! Emmanuel. The King has come! The beggar-King has returned to earth to set the suitors right, to kill death, to fulfill the Law, to keep his promise, to establish his covenant people. Therefore, live this Advent. Celebrate this liturgical season as if the Kingdom has come. Do so in the open. Be unapologetic, evangelical, and with a host of blessings upon your community. Do so no matter how many Antinouses show up to the party, no matter how many Poseidon’s flood the newspaper headlines. Advent is a time for the Church to do what Telemachus was called to do. Come of age.

1 thought on “Advent Like Telemachus: Homeric Lessons for Celebrating Advent”