Classical Education After the Digital Revolution – Part 1 of 3 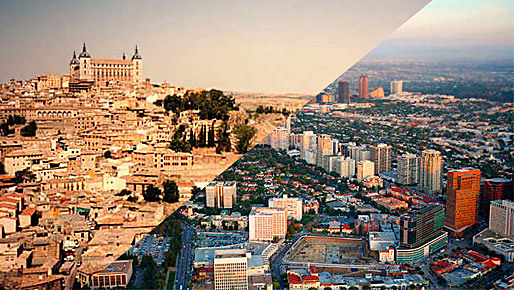 The genesis of this essay was a little known work by the late Marshall McLuhan. McLuhan is best remembered for pithy phrases such as “the medium is the message” and “the global village” that captured the dynamic consequences of media and technology. He is widely recognized as a prophet of the digital age. When Wired Magazine, the flagship publication of the Internet era, launched in the early 1990s, it named Marshall McLuhan its patron saint. This was not a gesture that would have been lost on McLuhan who was, along with being the godfather of media studies, also a devout Roman Catholic.

Last year was a big year for McLuhan. It marked the 100th anniversary of his birth and a flood of retrospective articles and books were published. Scholars, journalists, and those interested in the relationship between technology and society revisited his classic works including Understanding Media, The Gutenberg Galaxy, and War and Peace in the Global Village. There was, however, one title that received very little attention if any. I should add that it is not at all surprising that this work received little attention. It was McLuhan’s doctoral dissertation at Cambridge and it remained unpublished until 2009. The title of the dissertation? The Classical Trivium.

This guru of electronic media, this prophet of the digital age cut his academic teeth on the model at the heart of classical education. Of course, to those who know McLuhan well, this is not all that surprising. In many respects McLuhan is much closer in spirit to Thomas Aquinas than to the Silicon Valley set that has more recently embraced him. Yet, the juxtaposition is provocative nonetheless and it suggests the question: What does classical education offer us in the wake of the digital revolution?

This is, of course, not an entirely new type of question for proponents of classical education. Dorothy Sayers’ little essay, “The Lost Tools of Learning,” is something of a foundational text for the modern classical education movement. She wrote that if we are “to produce a society of educated people, fitted to preserve their intellectual freedom amid the complex pressures of our modern society, we must turn back the wheel of progress some four or five hundred years, to the point at which education began to lose sight of its true object, towards the end of the Middle Ages.” She then felt it necessary to immediately address those who would dismiss her as a “reactionary, romantic, mediaevalist, laudator temporis acti (praiser of times past).”

What C. S. Lewis called “chronological snobbery” is the default setting of our society. Consequently, whenever it is suggested that we turn to the past for inspiration, guidance, or wisdom, the suggestion is met with bemusement and skepticism. The Church father Tertullian famously asked, “What has Athens to do with Jerusalem?” We might say that question, “What has the past to do with the present?” characterizes the way modern people tend to think about history.

Russell Kirk, one of the founders of modern conservatism, had this to say about defining the conservative:

“Perhaps it would be well, most of the time, to use this word “conservative” as an adjective chiefly. For there exists no Model Conservative, and conservatism is the negation of ideology: it is a state of mind, a type of character, a way of looking at the civil social order.”

He goes on to add:

“The attitude we call conservatism is sustained by a body of sentiments, rather than by a system of ideological dogmata. It is almost true that a conservative may be defined as a person who thinks himself such. The conservative movement or body of opinion can accommodate a considerable diversity of views on a good many subjects, there being no Test Act or Thirty-Nine Articles of the conservative creed.”

It seems to me that one would not be too far off the mark making a similar point about classical education. Let’s try it out:

Of course, there are some more concrete attributes to which we could point. The logic of the trivium would be the most obvious. The movement from grammar to dialectic to rhetoric and what each of them entails is perhaps the easiest characteristic of classical education to point to and describe. And, indeed, we will say more about this later. But it is not unreasonable to say that classical education is, in part, a set of attitudes and dispositions regarding what learning is for. Given this set of attitudes and dispositions, classical education may safely take a variety of forms and there can be a good deal of diversity within the movement when it comes to methods and teaching styles.

There’s much that could be said by way of defining the attitude and disposition I have in mind. For example, those involved in classical education tend to resist the chronological snobbery we mentioned earlier and assume a more healthy posture toward the past. This is captured nicely by an exchange in a novel by Evelyn Waugh which follows the career of a classics teacher, Mr. Scott-King, in a respectable English public school. The school appoints a new modernizing headmaster and he is quite at odds with Scott-King. The novel ends with this exchange between the two:

“You know,” [the headmaster] said, “we are starting this year with fifteen fewer classical specialists than we had last term?”

“I thought that would be about the number.”

“As you know I’m an old Greats man myself. I deplore it as much as you do. But what are we to do? Parents are not interested in producing the ‘complete man’ any more. They want to qualify their boys for jobs in the modern world. You can hardly blame them, can you?”

“I always say you are a much more important man here than I am. One couldn’t conceive of Granchester without Scott-King. But has it ever occurred to you that a time may come when there will be no more classical boys at all?”

“What I was going to suggest was—I wonder if you will consider taking some other subject as well as the classics? History, for example, preferably economic history?”

“But, you know, there may be something of a crisis ahead.”

“Then what do you intend to do?”

“If you approve, headmaster, I will stay as I am here as long as any boy wants to read the classics. I think it would be very wicked indeed to do anything to fit a boy for the modern world.”

“There, headmaster, with all respect, I differ from you profoundly. I think it the most long-sighted view it is possible to take.”

I would suggest that the you may safely consider yourself in sympathy with classical education if you find yourself instinctively on Scott-King’s side.

Michael Sacasas currently teaches at Smith Prep in Longwood, Florida. He is a graduate of Reformed Theological Seminary and is now working toward a PhD in “Texts and Technology” at the University of Central Florida. He blogs at thefrailestthing.com